BACK TO ALL NEWS
Currently reading: Road test rewind: Morgan Roadster
UP NEXT
Mazda to launch own version of new Toyota Yaris by 2023

There’s no clock on the Morgan Roadster’s dashboard, but if there were, it would turn anticlockwise. Buyers want their Morgans to be time machines, and change is so infrequent in Malvern that any new Morgan is a significant event.

The long bonnet, waterfall grille and swooping wings date back 50 years and have lost none of their charm. Beneath the aluminium panels, the Plus Eight’s ash body frame and steel ladder chassis also remain, complete with archaic sliding pillar front suspension and leaf-sprung live rear axle.

But under the louvred bonnet, a Ford V6 replaces the Plus 8’s Rover V8.

Standing starts take practice to balance wheelspin and axle tramp and we restricted our runs for fear of damage, so violent was the rear axle’s protest. But get it right and you’ll pass 60mph in 5.4sec and 100mph in 14.5sec, aided by the speed and precision of the gearchange.

The Morgan pips Porsche’s Boxster S to 60mph by 0.6sec. And the V6 makes a decent stab at the V8’s rumble, hardening with revs to a lupine howl. It’s very flexible, too. 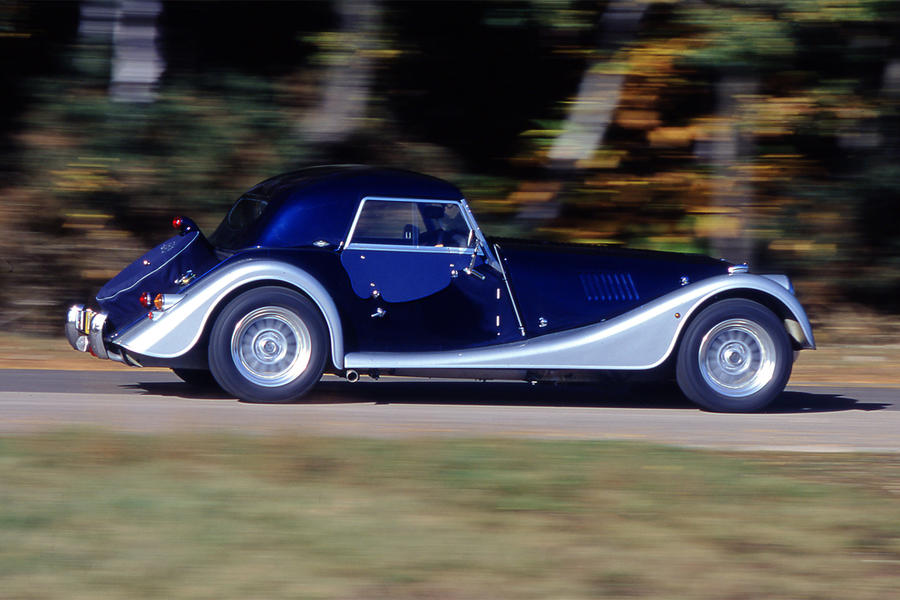 A shame, then, that the brakes don’t let you fully exploit the performance. The Morgan persists with solid front discs and rear drums, and no anti-lock. There’s long dead pedal travel and then a tendency to grab and lock the front wheels, pulling the car to the right.

Over 100mph, it feels unstable, suffering a strong torque reaction: under power, it veers to the right; lift off and it veers left. Meanwhile, the ride fails to settle at any speed. It bounces on the motorway, feels nervous on country lanes and crashes over potholes around town.

On a smooth road, the Roadster has lots of grip and little roll, and with a smaller, lighter engine sitting further back in the chassis, it feels better balanced than the Plus 8. The heavy steering doesn’t help its case, though. Turning the wheel is like bending a piece of metal, and it kicks and writhes in your hands.

Visibility through the tiny windscreen is obstructed by the rear-view mirror and, with the hard-top in place, there is a huge rear blindspot. In the rain, water comes in through the side screens and drops from the steering column onto your legs. 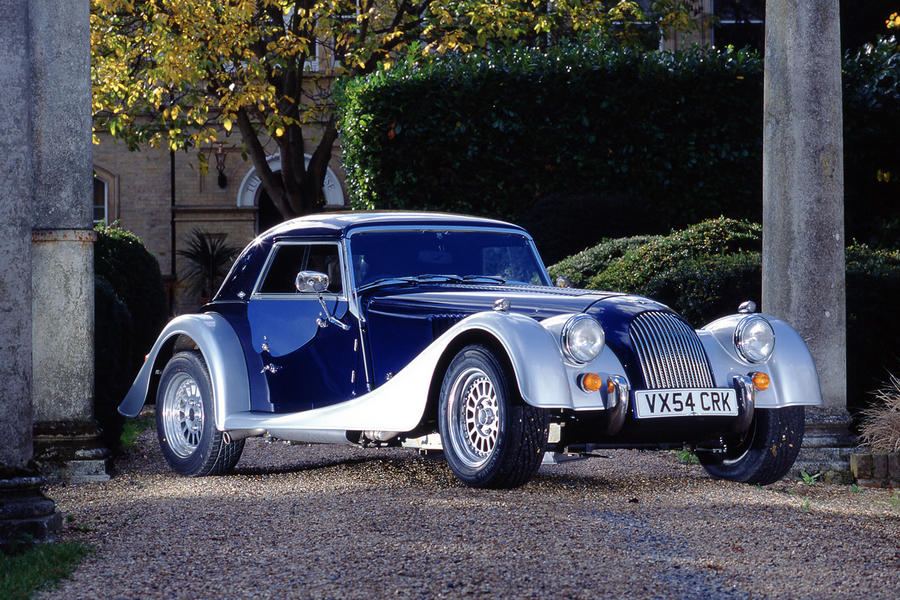 It’s almost cruel to judge the Roadster by contemporary criteria. Its handling, safety, comfort, braking and ride show it to be the antique it is. It’s disarmingly different – and would-be owners probably wouldn’t consider anything else. But in the modern world, its general discomfort and patchy finish are inexcusable.

Braking bad: The tale of a scared tester - Alastair Clements

It’s not often a road test strikes genuine fear into the heart of the tester, but brake testing this V6-powered Morgan did just that. Locking up – instantly – at 70mph on the mile straight at Millbrook, the car would dive left or right depending on its mood, leaving me white-knuckled and breathless when it came to rest after much panicked cadence braking. And that was in the dry. 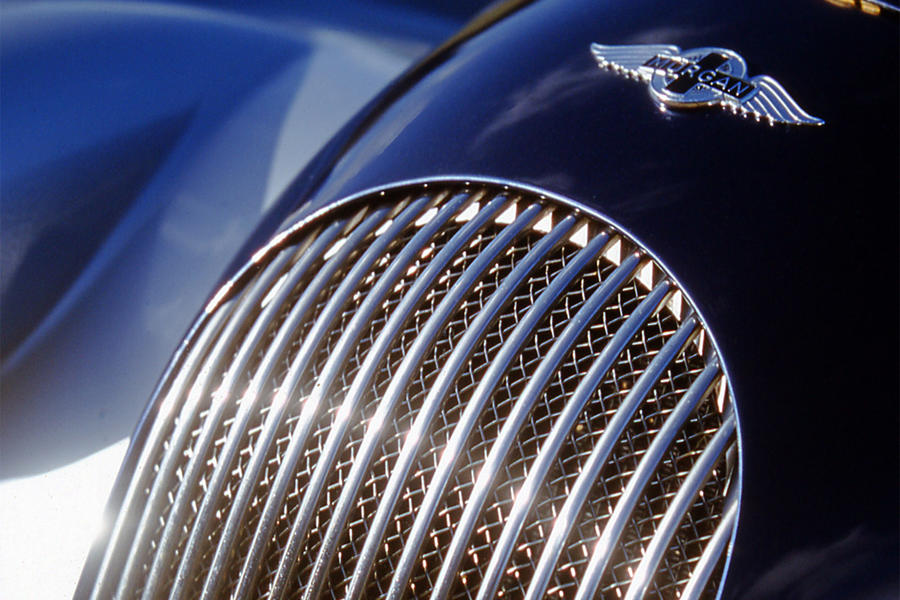 Acceleration testing wasn’t a lot more fun: Morgan claimed 0-60mph in 4.9sec, but even by casting aside all mechanical sympathy, the best I could manage was an axle-tramping 5.4sec – to be fair, still 0.6sec quicker than a Porsche Boxster S at the time.

Once that Boxster found a bump or a bend, however, the Morgan wouldn’t see which way it went. Unlike today’s Plus Six, which has been thoroughly re-engineered, the Roadster was essentially the same spec as the old Plus 8.

It charmed the socks off all who drove it but, under the analytical light of the Autocar road test, it simply fell to pieces. Awarding it two stars felt a bit like shooting a horse that still had years of service left in it but any more would have been an injustice to the advances that had gone on while time had stood still at Morgan.