BACK TO ALL NEWS
Currently reading: Road test rewind: Ferrari 488 GTB
UP NEXT
UK EV charging network to improve after "horrible" summer

2016 saw Ferrari's latest arrive at the Autocar test track. Here's how it performed:

We may have entered the fifth decade of the mid-engined V8 Ferrari, but the buildup to the 488 GTB’s launch was dominated by one key technical change: a twin-turbo 3.9-litre V8, which makes for sizeable gains in peak power and torque relative to the V8 of its predecessor, the 458 Italia, which had a naturally aspirated V8 like every model in this model line stretching back to the 1975 308 GTB.

The 488 GTB continues with an aluminium tub made of various alloys and deployed in various thicknesses. It’s a decision that costs the car little on claimed dry weight versus its all- or part-carbonfibre peers. The 458 Italia’s dry weight was 1380kg and the 488 GTB’s is 1370kg if you go for weight-saving options. A McLaren 650S betters it by only 40kg.

Which brings us to the main event: Ferrari’s ‘F154 CB’ 3.9-litre V8, with its 90deg bank angle, flat-plane crankshaft, oversquare cylinder design and two IHI twin-scroll turbochargers, one for each cylinder bank. The engine produces 661bhp from 6200rpm to 8000rpm, with up to 561lb ft at as little as 3000rpm (depending on which gear is selected in the Getrag seven-speed dual clutch automatic gearbox). 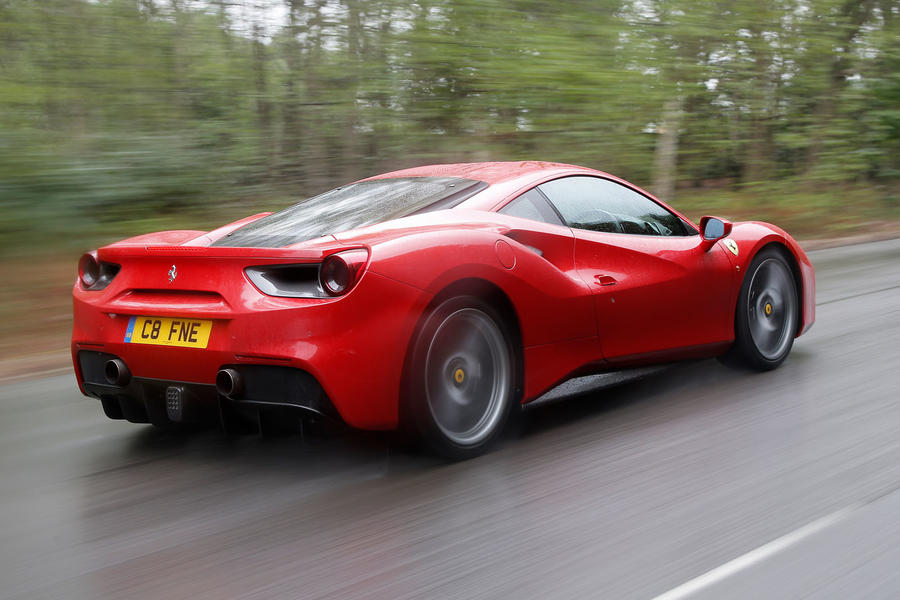 Two things impress about the 488’s performance: its ferocity and the nature of its delivery. To get a turbocharged engine to go fast is one thing, and Ferrari has: the 488 dashes off the 0-60mph sprint in 3.0sec dead and reaches 150mph in only 13.3sec. A 650S is always at least a couple of tenths adrift.

But Ferrari’s greater achievement is to make the 488 GTB the finest turbocharged engine in production. Several manufacturers have moved from natural aspiration to turbocharging recently, but among them, the 488’s engine is remarkable for how little lag there is and how convincingly speed builds towards the top end, as it rattles into the 8000rpm limiter, when it feels like it’s barely out of the mid-range.

The 488’s handling feels serious without losing friendliness and it has a lack of intimidation that’s remarkable in a 661bhp supercar. Its limits are as approachable as a Toyota GT86’s. This Ferrari has an extraordinarily good chassis.

Ferrari’s greatest achievement with the 488 GTB is not simply how fast it goes, nor how it has integrated turbos or given the car all the ability of the 458 Speciale that went before it. It’s how all of the above have been melded into today’s greatest supercar. Ferrari has done it again. 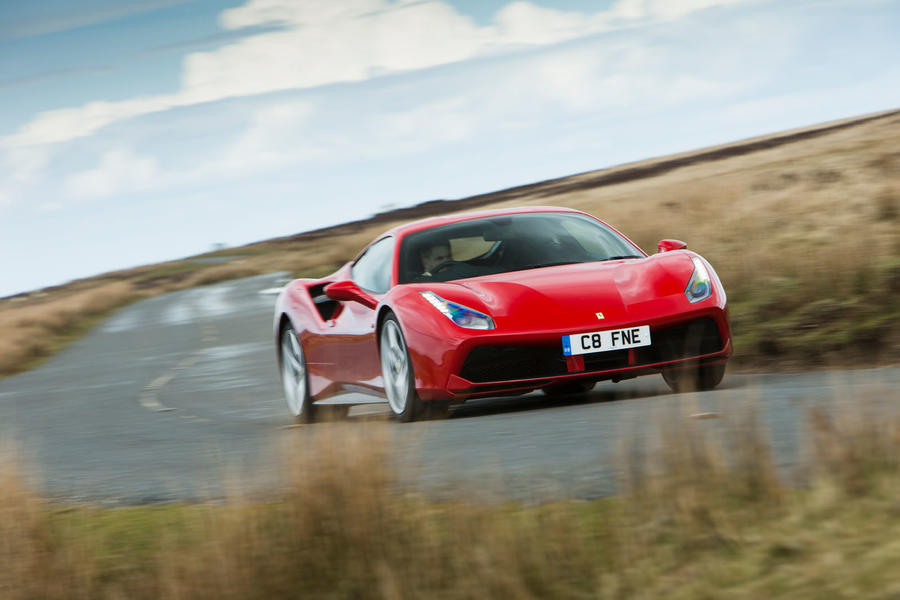 An engine that gets better with age

“What do you think of the engine?” a colleague asked me, on the way back from driving the 488 for the first time. “Great… for a turbo,” I said. Ultimately, though, I think that was harsh on the 488’s powerplant.

As we get, with the F8 Tributo, what might be the last iteration of a mid-engined Ferrari V8 (its replacement is rumoured to be a hybrid V6), it’s time to acknowledge just what a great engine this is.

No, it doesn’t scream to the heavens like the naturally aspirated 458 Italia or Speciale’s engine did before it, and neither does it have their razor-sharp throttle response. But driving a 488 for its road test at MIRA or at our Britain’s Best Driver’s Car contest or even at its original launch was to marvel at what it could do. And, notably, how its response and near-instant torque set the chassis free to be exploited as easily as a Mk2 Ford Escort’s.

No other turbocharged engine in a 488 rival – not the Porsche 911 GT2 RS, not the McLaren 650S or 720S – responds so quickly to the throttle. And none has a progressive power build, which Ferrari achieves by limiting torque at low revs. It’s not just great, for a turbo. It’s a great engine, full stop.