BACK TO ALL NEWS
Currently reading: Renault Clio Hybrid and Captur PHEV: UK specs and pricing
UP NEXT
Sorry, wrong number: the forgotten problem of car clocking

Both cars are available to order now, with prices starting from £19,595 and £30,495 respectively
Open gallery
Close

Renault has disclosed prices and specs for the Clio Hybrid and Captur Plug-In Hybrid, revealed earlier this year and now available to order. The models are the first from the brand's latest range of 'E-Tech' electrified variants.

The Clio, launched last year with traditional petrol and diesel engines, benefits from a “full hybrid” system - an innovative take on the proven parallel hybrid setup. Renault claims the tech is protected by around 150 patents. Available to order now, it costs from £19,595 in Play trim to £22,095 for the fully loaded Launch Edition.

It’s based around an "F1-inspired" multi-mode clutchless automatic gearbox, used to control a naturally-aspirated 1.6-litre petrol engine and two electric motors either simultaneously or independently alongside a high voltage starter generator. The battery is a relatively small 1.2kWh pack, meaning the car weighs just 10kg more than an equivalent Clio diesel. 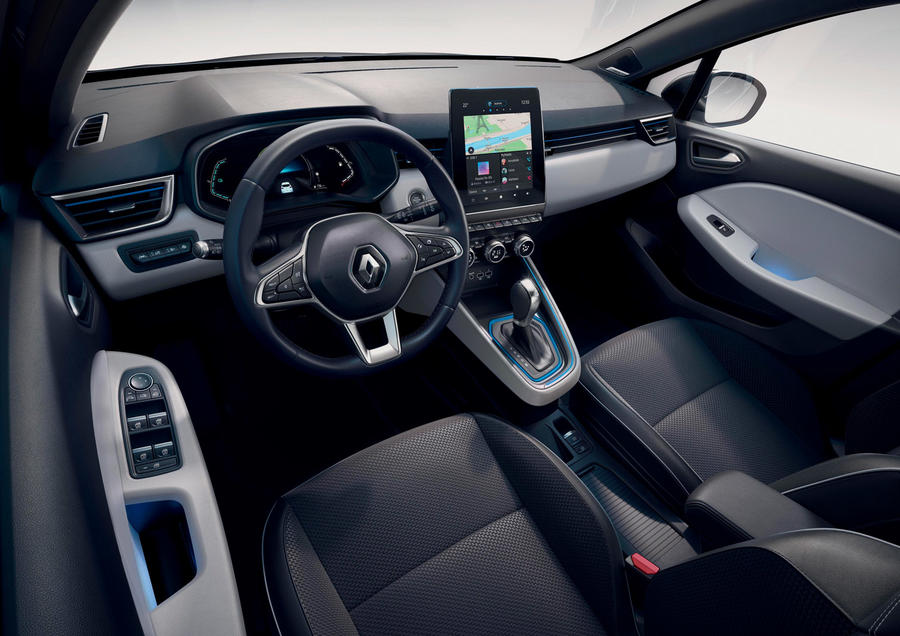 With a combined output of 138bhp, the Clio Hybrid can do 0-62mph in 9.9sec and hit 113mph. The electric motor develops up to 151lb ft of torque alone, with a 37 lb ft boost from the starter generator. Renault says the torque helps it achieve a 6.9sec 50-75mph time.

Every variant offers official CO2 emissions of less than 100g/km and combined fuel economy of 64.2mpg. It can spend up to 80% of the time in electric mode on city roads, and is able to travel at up to 38mph without the engine running.

The Captur Plug-In Hybrid, as the name suggests, uses a mains-chargable 9.8kWh battery to power the same 1.6-litre engine with two electric motors for an output of 158bhp.

The Mini Countryman Cooper S E hybrid rival costs from £30,495 in S Edition form. However, it offsets the initial purchase price by emitting just 33g/km of CO2, putting it into the 10% benefit-in-kind tax band, and promising up to 188mpg.

The larger battery transates to an electric-only range of 30 miles at speeds of up to 84mph in pure EV mode. 0-60mph is taken care of in 10.1sec, and the top speed is 108mph. Multiple drive modes feature, including a mode that saves the battery for use later in the journey, and a Sport mode that utilises both power sources for faster responses.

Fitted as standard with both a domestic and Type 2 charging cable, the Captur PHEV also comes with a free 7kW home wallbox charger from BP Chargemaster that can take it from empty to full charge in three hours. Pre-conditioning the car's climate system via the Renault app is also standard, althought the main compromise is the boot which has been reduced from 455 litres to 379 litres.

Big money for some renults .

Big money for some renults . I wuldnt have um. always breaking down to and renalt going bust , just like land rover!!!
si73 27 May 2020

The captur phev misses the

The captur phev misses the French governments new grant as it has an EV range below 31 miles.
Clio sounds interesting.
Zebrano 27 May 2020

Clio is not mild hybrid. It's a full hybrid. Engine acts as generator. This is the Nissan e-power system.
Zebrano 26 October 2020

Not the same as the Nissan e-power system.  Luca De Meo says that Renault has been working on this system for ten years and that Renault's e-Tech system is more adapted to European conditons than Nissan's e-Power system. Stand corrected.