BACK TO ALL NEWS
Currently reading: Renault 4 next in line for EV revival
UP NEXT
Volkswagen ID Buzz to kick-start wave of enthusiast-oriented EVs

Renault 4 next in line for EV revival

The reinvented Renault 5 hatchback will be joined by a revived version of the classic Renault 4 as part of the French marque’s plan to invigorate its future EV line-up.

The prototype version of the new 5, which is due on sale in 2023, was unveiled as the cornerstone of new boss Luca de Meo’s bold plan to revive the Renault Group’s fortunes.

It will be one of seven EVs – four cars and three commercial vehicles – that Renault will launch in the next five years.

Recent reports suggested that Renault was considering reviving both the 4 and 5 as future EVs. While only the 5 was revealed, de Meo admitted that there is “at least one more” revival of an old name being planned. Insiders have confirmed that model is the 4, with the new electric version planned to go on sale in 2025.

Asked about future EV plans, Renault design chief Gilles Vidal hinted that “some” future models “might go towards a retro-futuristic approach, while the rest of the line-up is super-original and pushed towards the future”. He added: “Everything can coexist in a range of cars; you can play around with your assets.”

The new 4 will use the same CMF-B EV platform as the 5 and most of its mechanical underpinnings. But while both models will sit in the B-segment and feature a retro design, they will be pitched quite differently.

The original 4, which was produced from 1961 until 1994, with more than eight million examples sold, was largely designed for use as a versatile utility vehicle in rural France.

A modern interpretation of the 4’s philosophy would result in a small EV close in dimensions to a compact crossover, which would pitch it at a fast-growing market segment and provide ample differentiation from the sportier, more hatch-like 5.

Such a car could also spawn a compact commercial derivative, which would be ideal for urban deliveries. 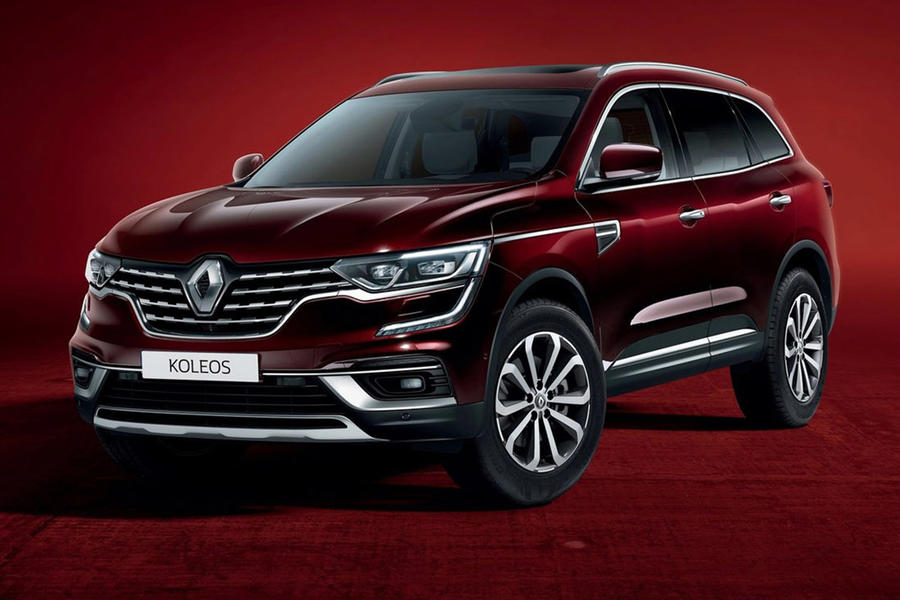 With the 5 due in 2023 and the 4 in 2025, the two could effectively serve as replacements for the long-running Zoe, which was heavily updated in 2019.

But it’s possible they could be offered beside one other, at least at first, with the Zoe targeting entry-level buyers and the 4 and 5 aiming for a more style-focused audience.

Asked about that prospect, Renault Group design boss Laurens van den Acker said: “Is [the 5] the end of the Zoe? The answer is no, because the Zoe is the best-selling EV in Europe. So it would be silly to stop vehicles that are best-selling in their segment.”

Renault’s new EV assault will begin with the Mégane eVision in 2022. It will also launch a second C-segment EV in 2023, built on the same CMF-EV platform as the Mégane, but it has yet to reveal any details.

Renault boss Luca de Meo says that new SUV models are key to the firm’s bid to revive its fortunes in the larger C and D segments.

Renault will launch seven new C- and D-segment cars, two of them electric, in the next four years.

De Meo cited the past success of the Mégane as proof Renault can appeal to buyers in those segments.

However, he said: “In the last generation [of cars], we missed the wave of C-SUVs and started doing sedans or MPVs. You can explain the lack of performance, because we weren’t successful with a C-SUV. In our plan, you have seven models in that segment, and I’m confident the car will come that does the job.”

Renault will launch seven new C- and D-segment cars, two of them electric, in the next four years."

A plan that includes 5 ICE cars and only 2 BEVs is a losing one from the get go.

Well, the render does have wheels! But agreed in principle.

I would be very interested in an R4 EV ute, provided it's smaller and cheaper than the Cybertruck I expect in 2022-23. Needs minimum 300-400 mile range, of course.

I agree, this could be any car, whereas the one on Carscoops is a lot more like what a modern Renault 4 should look like.

Yes, I think Autocar have got very mixed up with this one, absolotely nothing R4 about it.