BACK TO ALL NEWS
Currently reading: New Renault 5 EV is not replacement for Clio or Zoe
UP NEXT
New 2023 Audi A4 Avant undergoes tests in the Alps

The rebirth of the Renault 5 as a compact electric supermini doesn't have immediate implications for the survival of the Renault Clio and Renault Zoe, according to the company's design bosses.

The 5 is one of the bold new models - alongside the Dacia Bigster and Mobilize EZ-1 - that will underpin Renault's radical 'Renaulution' transformation strategy, but the company's designers claim that the production version won't supersede the similarly positioned electric Zoe nor the conventionally powered Clio.

"Now is the time to challenge what exists at this point. This isn't meant to replace the Clio as such, but there are questions about the Clio and the Renault Captur: what they stand for, what energy source they should use depending on the regulations of each country - and this is changing every month," explained new Renault brand design boss Gilles Vidal.

"You need to be able to adapt to whatever happens with your global product strategy and energy solutions. We don't know for sure if this will replace anything, but if you look at the B-segment, there will be maybe too many at some point, so some will disappear. I can't say which at this point."

Laurens van den Acker, executive vice-president of Groupe Renault, made a similar commitment to the survival of the Zoe EV: "Is it the end of the Zoe? The answer is no, because the Zoe is the best-selling EV in Europe. So, it would be silly to stop vehicles that are best-selling in their segment."

Technical details of the production 5 have yet to be confirmed, but its compact size and five-door shape make it a likely candidate to replace Renault's big-selling EV hatchback, which entered its second generation in 2019 so will be up for renewal around 2025. 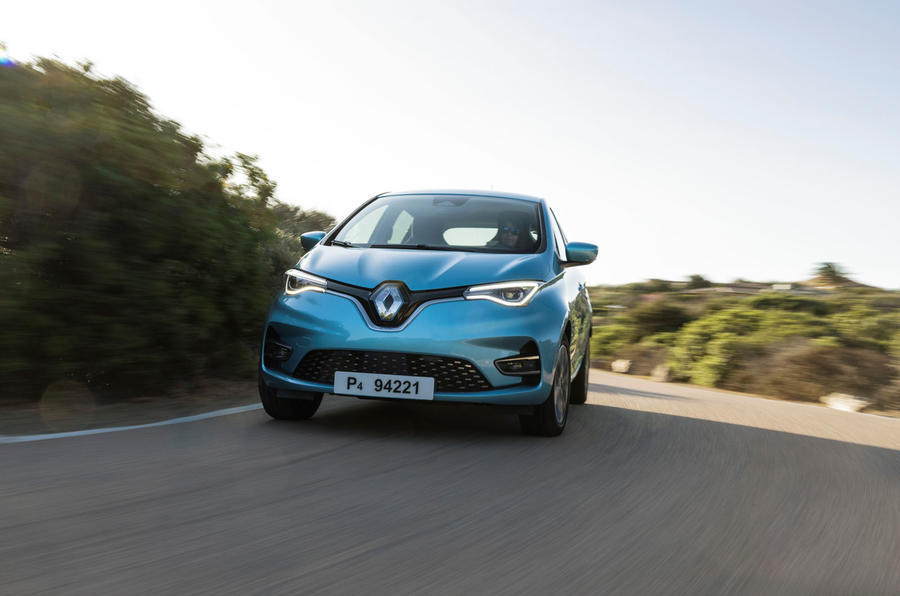 The Clio is less than two years into its current generation and was recently made available with an E-Tech hybrid powertrain for boosted eco credentials. However, any future fully electric version would likely compete, both in terms of size and functionality, with the Zoe and 5.

Van den Acker went on to hint at Renault's sales ambitions for the 5: "The mission with the 5 is to make the popular electric car of the future, and it really needs to be a popular car. This is where Renault is very strong."

If the Zoe is to continue beyond the middle of the decade, it will likely undergo a significant design overhaul, both in line with the brand's commitment to "embodying modernity and innovation" and to mark it out from the seven new electric models Renault will launch by 2025.

Two of those new models will be B-segment hatchbacks in the vein of the new 5, arriving in 2023. Rumoured to be on the cards but not yet officially confirmed is a similarly conceived revival of the older 4 economy car.

It seems as though the rapturous applause for the 5 has frightenerd the Reanault sales team.

Was this a PR stunt gone wrong

I think a lot of people, including myself, thought this would replace the Zoe when it came out, as in 2023 the Zoe will be 11 years old.

And by the way, there has been no second-generation Zoe.

A Twingo replacement then.

Hopefully my 20th attempt to post this will work. Autocar need to fix their spam filters