BACK TO ALL NEWS
Currently reading: Prodrive to make road-legal version of its Dakar racer
UP NEXT
Fisker goes radical with Pear EV SUV

Prodrive, the Banbury-based race car builder and technology company, has confirmed that it has begun developing what it believes will be the world’s first ‘desert hypercar’ for private sale and aims to have a prototype running by the end of this year.

When complete, the super-exclusive machine is expected to find buyers at more than £1 million apiece.

David Richards, Prodrive’s founder and CEO, has confirmed exclusively to Autocar that the new car will be built at its HQ in Banbury by Prodrive’s own team of engineers and technicians, who have built many specialist and competition cars over the years and who are currently responsible for the Le Mans class-winning Aston Martin GT cars that race around the world.

The new Dakar-derived hypercar project (likely to be sold as the ‘Hunter’) is a direct result of the company’s debut success in January’s Dakar Rally, held in Saudi Arabia. The best-placed of its two Bahraini-backed BRX racers, driven by Spanish desert race specialist Nani Roma, finished fifth outright. 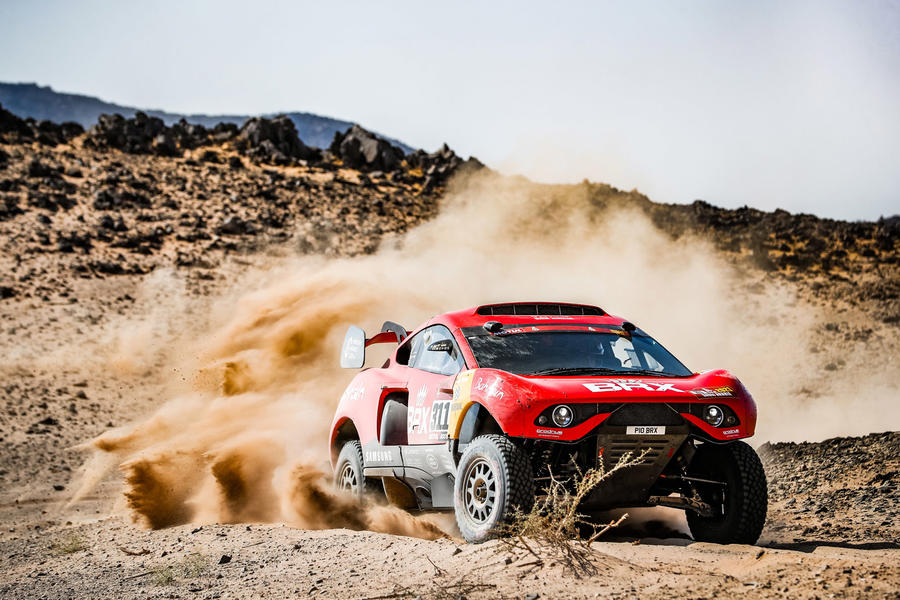 The Hunter, which Richards referred to as “the Ferrari of the desert” when he first mentioned the idea last year, has a body designed by distinguished ex-Jaguar chief Ian Callum. Richards said the road car’s appearance will be clearly related to the Dakar car (also a Callum design) but its body will be widened to take larger wheels and tyres.

The car will have broadly the same dimensions, suspension and structure as the competition car and will be powered by the same Ford-derived 3.5-litre twin-turbo V6 engine, which has undergone extensive development in Prodrive’s workshops. Its extra power results from early work on the Dakar cars, when technicians discovered that the power limit allowed for the competition, around 400bhp, was fairly easy to exceed.

Richards explained: “When we first had the road car idea, we were thinking of building a detuned version, but since January we’ve decided to go the other way, giving it around 500bhp – even more power than the race cars – plus a sophisticated transmission and a fully designed interior.

“Nobody’s ever done a car like it before. Imagine a road car capable of going across the sand dunes at 100mph – and keep doing it for 300 miles because the fuel tank is so big. It’s going to be quite exciting.”

Richards believes the Dakar performance of his BRX racers in January provided a look towards proving a planned new strand of high-tech competition-based business he spoke of when the initial three-year Bahraini-backed project was launched early last year.

“We did better than we could have expected,” he said. “The main elements of the car’s design performed very well, though there are plenty of things we can do to improve it given this year’s experience.” 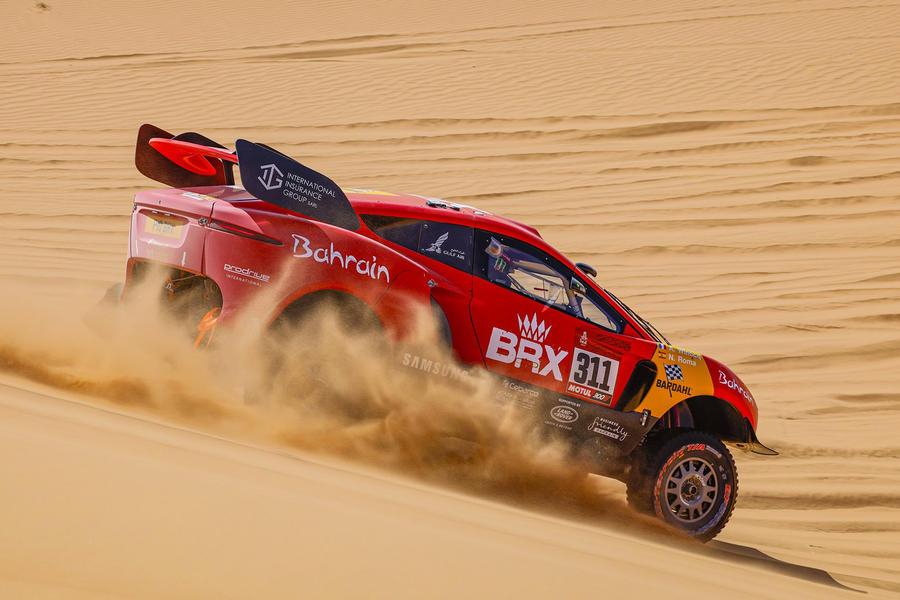 The team had two dominant problems, Richards said. One was unsuitable tyres: the size and type nominated for the BRX’s class were too small and vulnerable. The teams had to cope with more than two dozen punctures and Sébastien Loeb’s car actually failed to finish because it ran out of tyres. But the organisers are aware of the problem and the tyre regulations will change to a better-proven spec for 2022.

The other problem was navigation: the team’s WRC-trained European co-drivers weren’t used to the arduous conditions and lost large amounts of time finding their way through the course. That will need to improve, Richards acknowledged. But overall, the outcome was very positive for a new team and Prodrive is already optimistic about prospects for 2022.

Sand of opportunity: Prodrive on its Dakar rally racer

Log in or register to post comments
s1mong 1 April 2021
I think that Mr Richards & Co have found the answer to the potholed roads that plague this country.
Real_sluggo 31 March 2021

Since it'll be called Hunter, will it:

Be a crack pipe user?

Snog and have sex with its deceased siblings' wife?

Have backdoor and clandestine relations with Ukraine?

Take monies from Energy Cos?

Have a dad who is POTUS?

Not really a new concept. The Mega Track in 1992 was a very high performance off-road vehicle with a 408bhp Mercedes-Benz V12 in same state of tune a the Pagani Zonda (Testarossa had 390bhp that time), cost a big fortune, was super accelerative.