BACK TO ALL NEWS
Currently reading: Porsche primes 718 Cayman GT4 RS and Taycan GTS for LA
UP NEXT
Lotus and Britishvolt to co-develop batteries for EV sports cars

The new Cayman GT4 RS, Taycan GTS and Taycan Sport Turismo have now been revealed at the LA motor show.

The hottest Cayman has been described by its maker as "perfectly irrational", promising quicker laptimes over the existing GT4 courtesy of its lower kerb weight, added power and increased downforce.

Porsche has all but confirmed, meanwhile, that one of the new Taycan variants will be the long-awaited GTS. It will be positioned between the 4S and Turbo variants – a gap that is filled in the Panamera and Taycan line-ups by the lower, stiffer and black-themed GTS models. Expect a similar treatment for the Taycan.

Details of the third bodystyle variant are less concrete, but Autocar reported earlier this year that Porsche was considering a lower-slung, less off-road-oriented version of the Taycan Cross Turismo. Removing the 4x4-inspired body cladding and bringing the suspension back down to the saloon's height would provide the manufacturer with a true electric alternative to the Panamera estate.

Several development mules of the more focused version of the latest 718 Cayman GT4 have already been spied testing on the Nürburgring. A late-stage test run saw a prototype lap the 12.9-mile Nordschleife in 7min 9.300sec. On the shorter, 12.8-mile version of the circuit that Porsche has previously used for development, the model achieved a claimed 7min 4.511sec lap, which, the firm says, is 23.6sec faster than the regular 718 Cayman GT4. 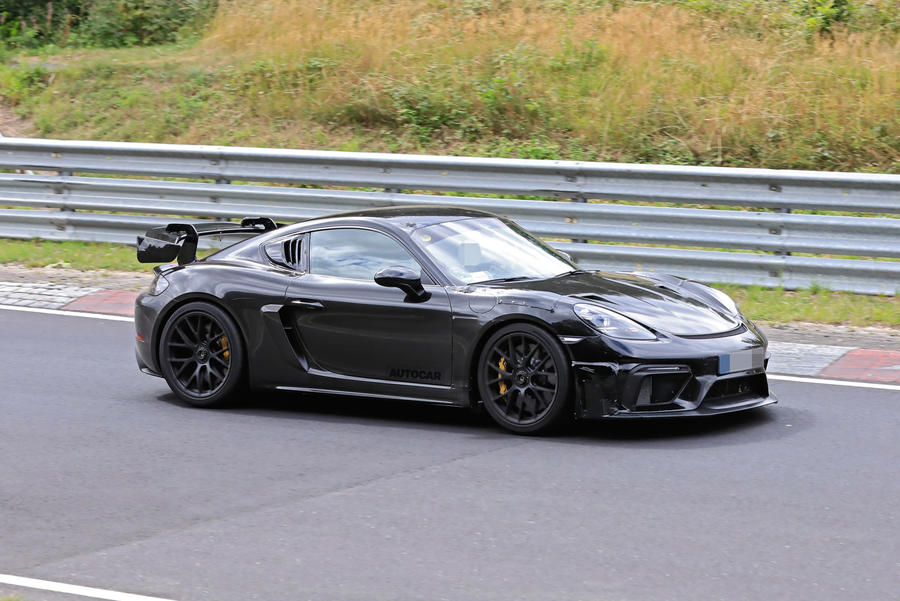 The man in charge of the 718 and 911, Frank-Steffen Walliser, told Autocar at the Frankfurt motor show in 2019 that he would “definitely” like to see a faster and even more focused RS version of the new 718 Cayman GT4 but that the decision hinged on prioritising development resources within Porsche.

Porsche has never made a GT4 RS before, previously suggesting such a model would be too close in price and performance to 911 GT models. But the new 4.0-litre flat six found in the latest GT4 forms part of an all-new engine family, and it's expected that Porsche will spin off further variants of that unit to justify the investment. 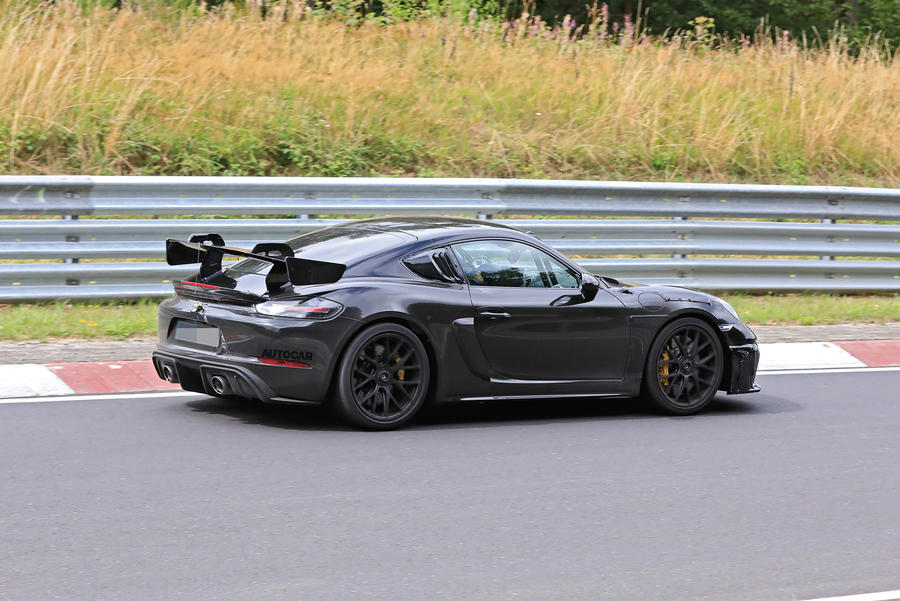 Although Porsche is working on a new electric equivalent to the Boxster, speaking in 2019 Walliser downplayed speculation that it would join the glut of newly launched electric hypercars with its own take on the formula - for the time being, at least.

Boris9119@, sorry for the late response ( only a year,) , my thought was that, if you make two models in your brand, the 911/718 , have similar performance and the lesser model handles better,and if you ve been driving Porsche for years, wouldn't you like the better handling?, also, if your paying for the privilege for what physically looks a smaller vehicle, does size matter?, but I guess, it's the old boring mantra I always trot out, your money, your choice, if your happy, that's all that matters.