The new Porsche Mission R concept previews an electric one-make racing car that could debut in 2025 – and also gives strong hints as to the styling of the forthcoming electric 718 Cayman.

The new machine is a joint development of Porsche Motorsport and the Porsche Style design studio. Matthias Scholz, Porsche Motorsport’s GT race car chief, described the machine as “a pure race car, showing an idea of how a customer race car could be.”

Shown in Munich, it utilises powertrain technology from the Taycan, and has been developed to offer performance between a 911 GT3 Cup and GT3 R. The twin motor set-up features two settings, with the 603bhp available in standard mode raised to 1073bhp for the special qualifying mode. The front motor produces up to 429bhp, with the rear producing 644bhp. Porsche says that the Mission R has a top speed of 186mph, and can achieve the 0-62mph sprint in less than 2.5 secons.

Unlike the Taycan, the Mission R features a single gear, because the use of rolling start in most privateer-level racing events removes the need to optimise acceleration from a standstill. There is also an F1-style Drag Reduction System to reduce downforce, although because the car is intended for customer racing Porsche has twinned it with a two-stage rear wing and adjusting flaps on the front wing that help to balance the stability of the car to make it easier for amateur drivers to control. 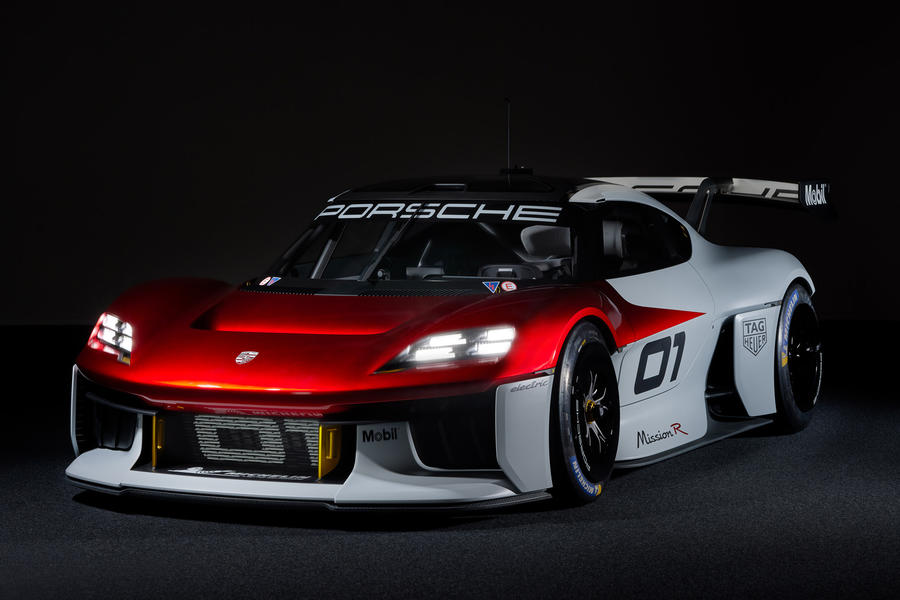 The Mission R is powered by a high-voltage 80-85kWh battery that Porsche says is intended to give around 40 minutes of race time. A front axle energy recovery system is used to help reduce the necessary battery size. Scholz described the Mission R as having an “old-school mid-engined design”, with the battery mounted where the combustion engine would have previously sat. The target is for the car to weigh a total of 1500kg, which would be close to current customer racing cars.

The car is engineered with 900V technology, which allows for charging at speeds of up to 340kW. Porsche claims this enables the car to be charged from five to 80% charge in 15 minutes.

The concept features a carbonfibre roll cage that is built directly into the bodywork, which helps to reduce both the weight and size of the car, particularly saving space in the roof. Current motorsport rules require cars to be fitted with steel roll cages, although Porsche hinted it hoped that might change before any production version of the car is launched.

The interior is a pure racing design, with a single seat and most of the key controls located on the wheel and a single control panel. Many of the car’s ancillaries are located in easily removable panels where the passenger seat would usually be. There is also a built-in cooling duct and a special helmet holder.

To boost the car's sustainability credentials, much of the bodywork is made from natural fibre reinforced plastic (NFRP).

The Mission R is smaller than existing Porsche racing cars, making it close in size to the Cayman and Boxster. At 4326 mm long in length, it is slightly shorter than the 718 Cayman series but it is wider (1990mm) and lower ( 1190mm).

Officially, the firm insists this is to help reduce the size and weight in order to achieve the required performance for a racing car - but it means this is a first glimpse at an electric version of those models. 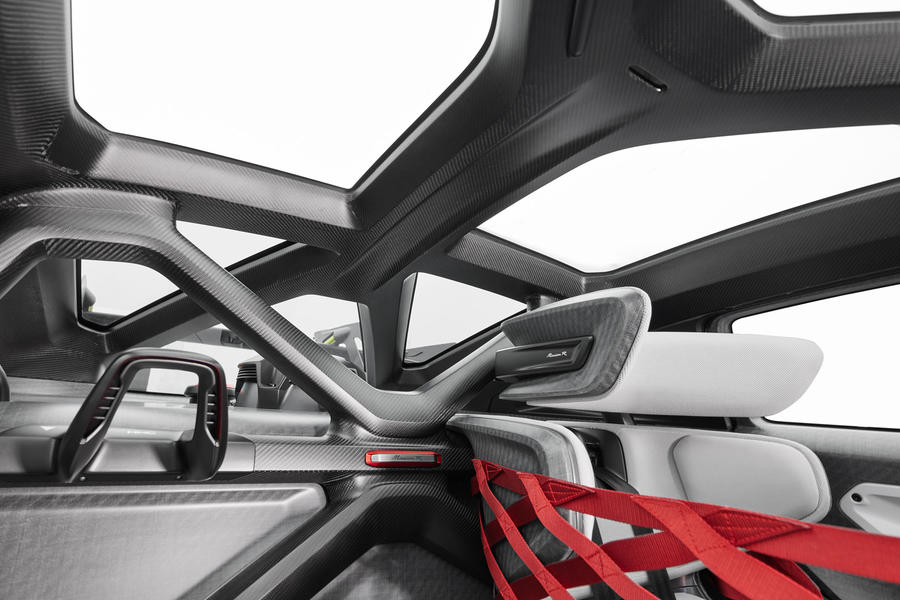 While Porsche has yet to confirm plans, Autocar previously revealed it is developing electric versions of the 718 Boxster and Cayman that will launch next year and be offered alongside the existing combustion-engined versions.

While exterior designer Ingo Bauer-Scheinhütte refused to confirm the Mission R previewed those models, he said: “At the same time as we were working on this car the same team are working on production cars as well. No matter what is underneath that car you will see very similar design cues on our future production cars.”

In addition, Scholz also noted that Porsche’s customer racing projects “are every time based on a street-legal car,” strongly suggesting that the Mission R would only reach race tracks once a production equivalent is available.

Cool about a Cayman EV. To other commenters the ICE is going away therefore you will have to eventually deal with the change.