BACK TO ALL NEWS
Currently reading: Polestar plans electric drive and hot new diesel-powered models
UP NEXT
Analysis: winners and losers in the automotive CO2 race

Future performance Volvos are set to feature electric rear axles and could even be diesel-powered, Polestar boss Hans Baath has revealed to Autocar.

Polestar, which has made its name running Volvo touring car teams, is being given increasing engineering influence at the Swedish firm and is already plotting the next generation of hot Volvos after the imminent V60 Polestar.

No engine in Volvo’s new Drive-E engine family – developed with Polestar’s involvement – will be larger than a 2.0-litre, four-cylinder unit, meaning a rethink for away from the traditional six and eight-cylinder models for future fast Volvos.

“Power output [of the smaller engines] is not a problem – there’s so much ‘green’ technology that is from racing, such as low friction and roller cams – and electrification is logical because low-end torque is the weak spot in downsized engines,” said Baath. “It’s also interesting that we can use electrification to produce four-wheel-drive Volvo models.”

The engines in future Polestar cars may also not exclusively be petrol, according to Baath. “We absolutely see a performance diesel Polestar model in the future,” he said.

Polestar’s range should also extend beyond the V60 estate (and its S60 saloon sibling that’s sold elsewhere) in its next generation of cars. “We are looking into more car models,” Baath added. 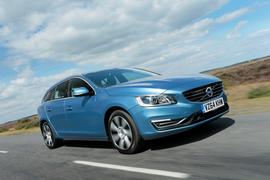 are best not used in one sentence unless used to say something is on fire and belching smoke.
Sporky McGuffin 12 May 2014