BACK TO ALL NEWS
Currently reading: Peugeot adds 296bhp plug-in hybrid option to 3008 line-up
UP NEXT
Renault Scenic returns as radical EV with hydrogen range extender

Peugeot has unveiled the 3008 Hybrid4 as a plug-in hybrid SUV to rival the new Hyundai Kona Hybrid and Toyota C-HR.

Due to go on sale later this year, the electrified 3008 produces 296bhp from the same petrol-electric powertrain that features in sibling brand Vauxhall's new Grandland X Hybrid4.

The PSA Group powertrain pairs a 196bhp 1.6-litre petrol engine with an 108bhp electric motor on each axle. In the 3008, it recorded 176.5mpg on the WLTP combined cycle.

Power is sent to all four wheels – a first for the 3008 – via an eight-speed automatic gearbox.

A 221bhp front-wheel-drive plug-in hybrid variant will be added to the range next year, powered by a 177bhp petrol engine and a 107bhp electric motor on the front axle.

A 13.2kWh lithium ion battery provides up to 36 miles of electric-only range (WLTP), and Peugeot claims charging times of less than two hours from a 7kW domestic charger.

The 3008 Hybrid4 can accelerate from 0-62mph half a second quicker than its Vauxhall sibling, in 6.5sec, and emits slightly less CO2, at 29g/km. This low emissions rating means it will attract a 10% business-in-kind tax rating as of April 2020.

The electrified SUV features leather upholstery throughout plus driver assistance functions, such as adaptive cruise control and lane-keeping assistance, taken from the new 508.

David Peel, managing director of Peugeot UK, said the 3008 Hybrid4 "follows our philosophy of ‘choose your Peugeot, choose your powertrain’".

The 508 Fastback and 508 SW will join the 3008 in being offered with diesel, petrol and hybrid options, while the new 208 supermini is available in fully electric form. 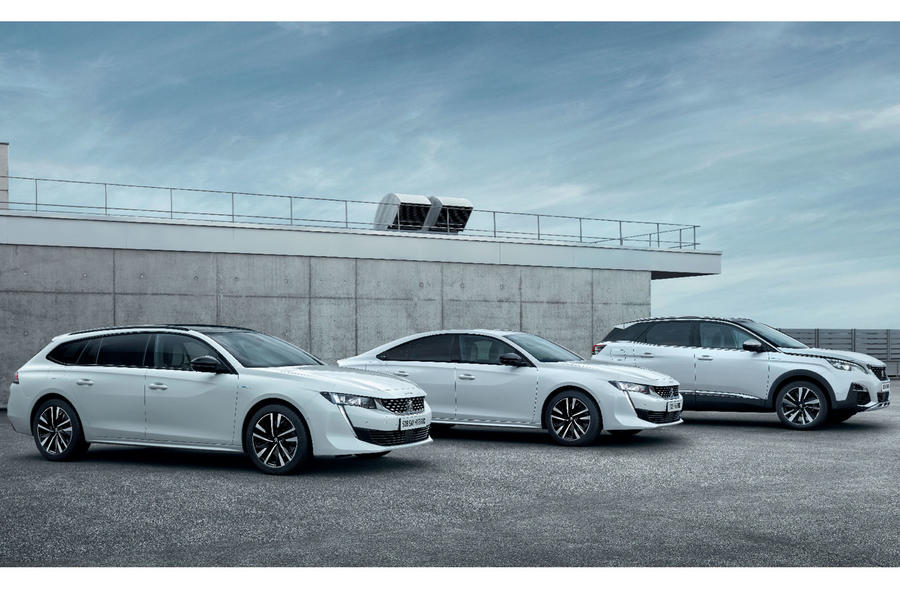 The hybrid models were first announced at the Paris motor show last September, as Peugeot embarked on an ambitious drive to introduce electrified versions of each of its models.

Prices for the 3008 Hybrid4 are yet to be confirmed, but it can be expected to start from around £35,500 – similar to its Vauxhall sibling.

To get this 176 mpg it must assume 4 to 5 charges of electric at 36 miles to one gallon of fuel and disregard the fact you have used all the electricity which is massively duty a compared to petrol.nd vat reduced.probably would get 30mpg once the 36 miles of electric has gone ,fine for commuting 15 miles each way but hopeluss for long distance.

Why does a car with this much power accelerate so slowly?  Gearing?

Can’t get Head round it?

Yeah, these two figures....176.5mpg and 36miles on EV only (WLTP)....can someone enlighten me?, because the first figure is vague to me, and the second seems pointless...?

so the first figure is the

You believe that mpg figure?....176.5mpg, and a range of 36 miles on EV alone, what use is that unless your popping down the High Street or the Corner Shop?.

It would make it perfect for a school run, you wouldn't need to put petrol in it during the week, just plug it in.
zayo 29 August 2019

Listed range on my car is 28miles EV drive.

After my commute to work and back home which is ~20miles, I still have about ~6miles left for shopping or as you said popping down the High street, considering I drive normally..