BACK TO ALL NEWS
Currently reading: New Vauxhall Vivaro van revealed as lifeline for Luton plant
UP NEXT
Why now is the time to buy a proper high-mileage hero

Vauxhall has revealed its new Vivaro van, joining the Vivaro Life MPV as the two models credited with saving the brand's Luton factory.

Going on sale next month ahead of summer deliveries, the Vivaro and Vivaro Life will be joined by an electric version of both models in 2021.

Both versions will be built alongside each other at Vauxhall’s Luton plant, and share their platforms and much of their underpinnings with the Citroen Dispatch and Peugeot Expert. The decision to keep building the Vivaro, of which over one million have left the factory since 2001, effectively safeguards the future of the plant and workers within it for a decade.

The investment in the new model also sees Luton's production capacity increase to 100,000 units annually. PSA has given Vauxhall/Opel the responsibility of developing commerical vehicles for global use. 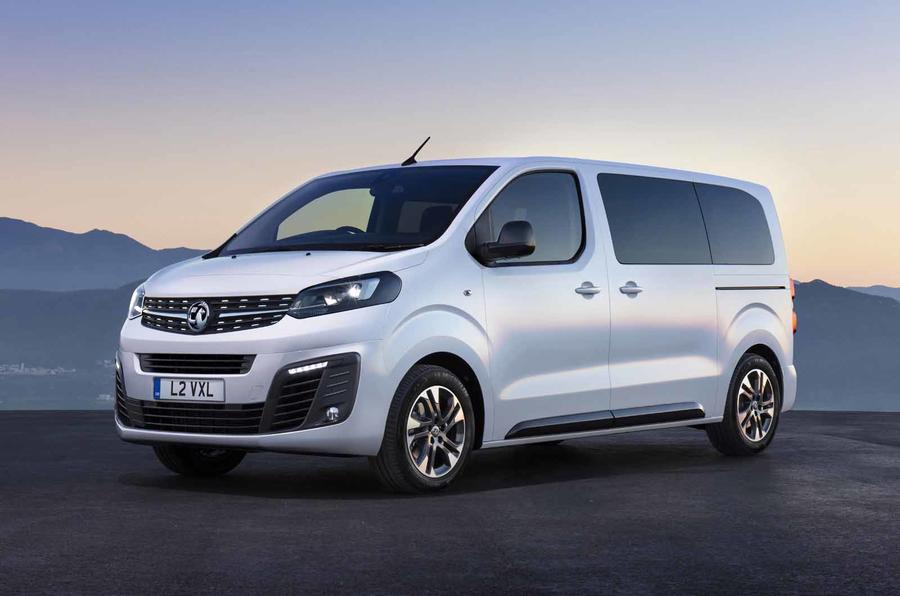 The van and passenger Vivaros will be offered in two lengths (4.95 metres for the Medium model and 5.30 metres for the Large), but both variants have a wheelbase of 3.28 metres. The Life can seat up to nine people, while the van is capable of storing loads up to 4.02m long and offers a payload of up to 1400kg.

The Vivaro Life features a two-piece panoramic roof, an opening tailgate window, movable leather seats and electrically powered sliding doors (which the van version also carries over). Up front is a 7.0in touchscreen infotainment system that features a rear-view camera and Apple CarPlay and Android Auto smartphone mirroring.

The seats are installed on an aluminium rail system for versatility, with four, seven and eight leather seat and five, six, eight and nine cloth seat configurations offered.

Vauxhall says the MPV will have a payload of more than one tonne and a larger tailgate than rivals for easier loading. With its rear seats removed, the Vivaro Life has a luggage capacity of 3397 litres.

The electric Vivaro Life, due in 2021, will join an electric version of the Vivaro commercial van. It will represent another step in a massive electrification campaign by Vauxhall's parent firm, the PSA Group, and its programme to revitalise the British brand.

I think it's great that PSA has made Vauxhall Luton a major manufacturing centre for this new van range. We'll likely see Vauxhall, Citroen, Peugeot and Opel versions all coming off the Luton production lines.

Now don’t harp on about it. Vans are a boring tool, Autocar for cars please. I like industry news and analysis, just don’t care about vans.

Must be confusing for existing customers of the Vivaro though. Do they stick with Vauxhall or do they switch to the Renault Trafic for fleet commonality? Especially as the larger Movano is still Renault based