Special-edition model, based on the current BMW M4 Coupé, will gain a overall redesign and smaller grilles
Open gallery
Close

BMW M’s long-awaited, ultra-limited 50th anniversary model, which will pay homage to the 3.0 CSL ‘Batmobile’ from 1973, has been spotted testing on the road for the first time.

Based on the current BMW M4 Coupé, the special edition gains its own bespoke body and design features that appear similar to the BMW 3.0 CSL Hommage R concept, which was revealed in 2015.

It receives a reworked front end with kidney grilles that are much smaller than those on the standard M4. It also gains a new bonnet, headlights drawn from the BMW M3 and updated fenders, which resemble those from the 3.0 CSL Batmobile. 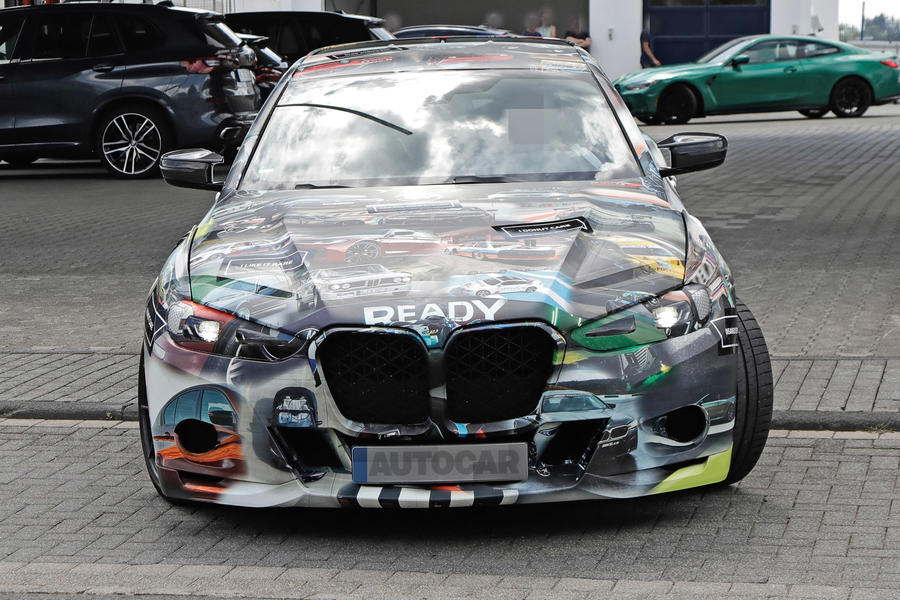 It receives a new rear-end design, too, with changes made to the bumper, boot and wheel arches. It’s equipped with a large rear spoiler and quad exhausts, as well as an aerofoil attached to the roof - a feature also seen on the Batmobile.

While technical details for the car are still thin on the ground, its design was initially revealed on Instagram by BMW M CEO Frank van Meel.

Despite this, it’s clear that the model will feature a six-speed manual gearbox, per the ‘6MT FTW’ text seen on its exterior wrap.

When contacted by Autocar, BMW M did not reveal any further information regarding the model’s official reveal date, technical specifications or potential pricing.

What's for sure is that the car will be sold in ultra-limited numbers, evidenced by the “we like it rare” wording on the wrap. 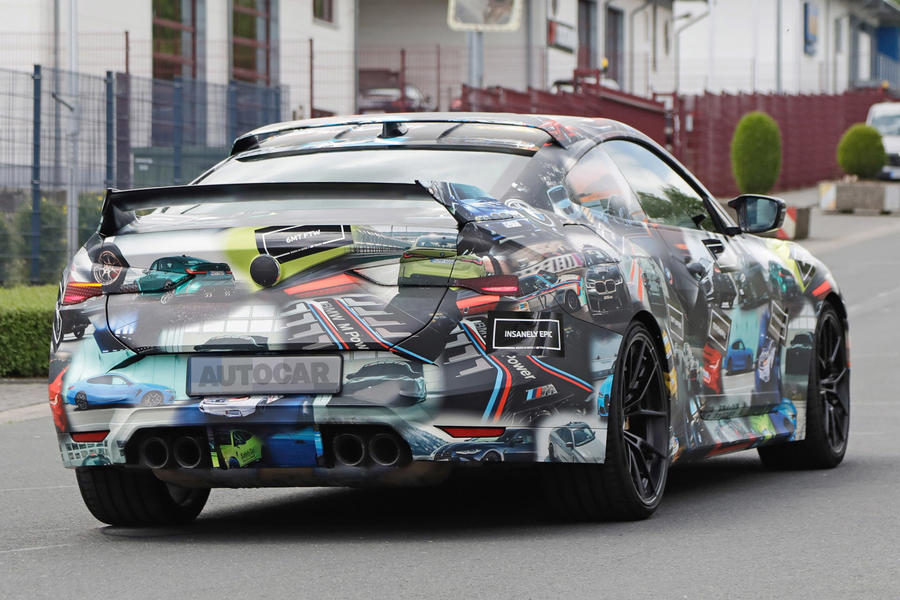 The 3.0 CSL Hommage R concept of 2015, which featured BMW M’s racing colour scheme, included a race suit that could display information to the driver.

It also benefited from a minimalist steering-wheel display that could display information on the current track and race position, a fire extinguisher and emergency shut-off system.

That car was described by BMW as a one-off recreation of the original Batmobile, and it never went into production for customers.

Well done BMW, your design philosophy is both incoherent and hideous.

Would say it's a trifle overdone, like it was done with rattle can spray paint by a talented street artist, as a one off it would be fine, a piece of 21st Century Art, it's too low for the public roads, and I'd be afraid of the artwork on it getting damaged, imagine what Road salt would do to it for instance?