BACK TO ALL NEWS
Currently reading: New Subaru Forester unveiled in New York
UP NEXT
Supercars to e-bikes: the story of Romans International

The fifth-generation Forester SUV, based upon the Subaru Global Platform, has been unveiled
Open gallery
Close

The new Subaru Forester SUV has been revealed at the New York motor show, showing what's to come when the first customer cars arrive on roads late this year.

Like the new Subaru impreza and Subaru XV crossover, the Forester is based on Subaru's tough new Global Platform, but it retains the unique appearance of its predecessor with only slight design changes. This comes as little surprise; the outgoing car has consistently been a strong-seller in certain parts of the US, so Subaru won't want to change the recipe too much.

The Forester will at first come with a new-generation 2.5-litre flat four developing around 182bhp and 176lb ft of torque, with start/stop technology included to offer improvements to economy. Drive is sent to all corners via symmetrical all-wheel drive and a Lineartronic CVT gearbox is fitted as standard. 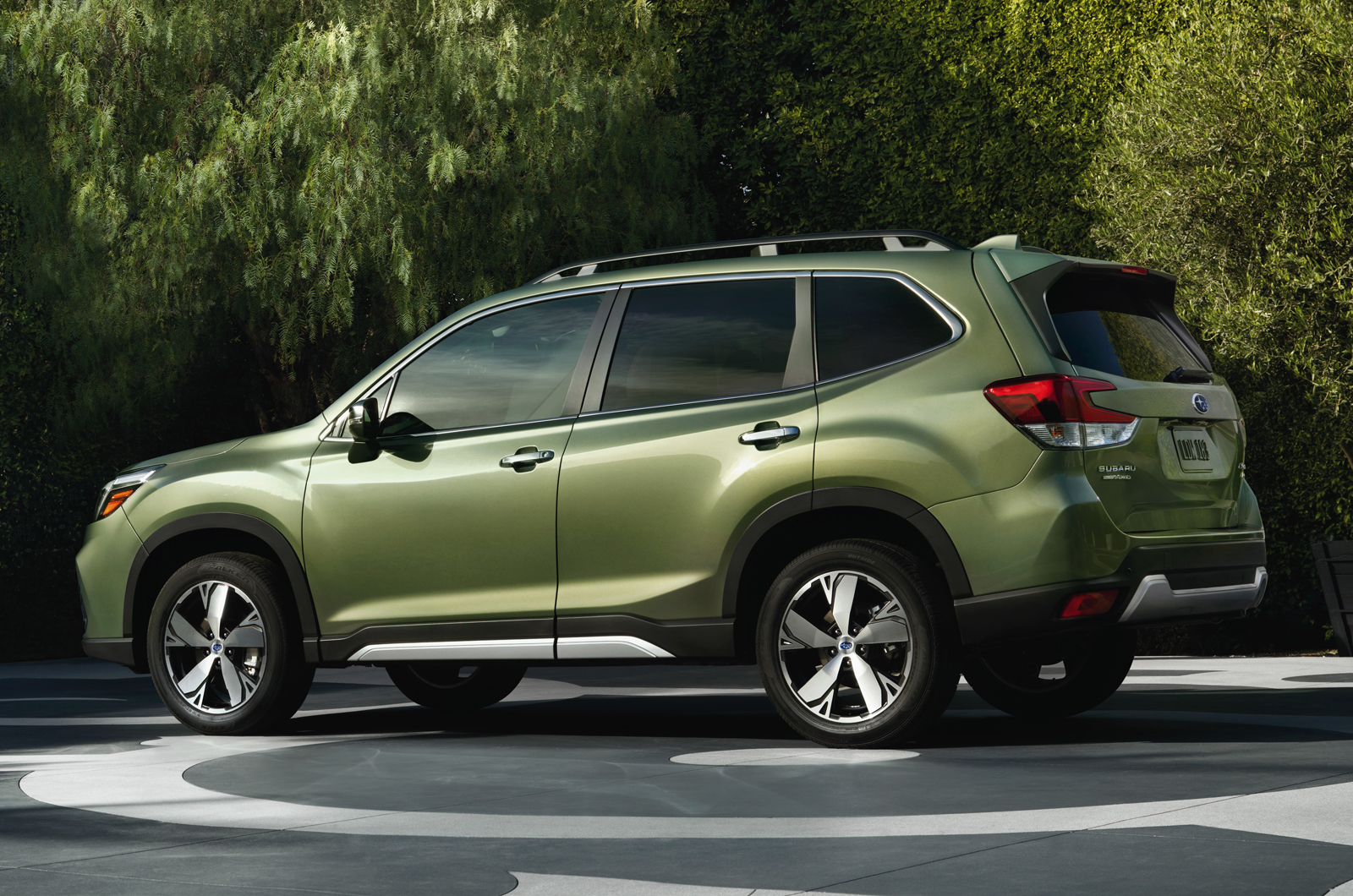 There's no word as to what the main UK engine will be, although we know diesel options will be dropped. Today’s 2.0-litre flat-four is regarded as anaemic, and the 1.6-litre petrol turbo fitted to the Levorg estate might be too thirsty in the heavier and less aerodynamic Forester.

The UK looks set to follow suit of the US and be offered only a CVT gearbox for the Forester. This seems likely given that Subaru’s semi-autonomous driving system, EyeSight, which needs to be combined with an automatic transmission, is expected as standard on UK Foresters.

Inside, there's a 6.5in or 8.0in touchscreen with Subaru's latest Starlink infotainment system. 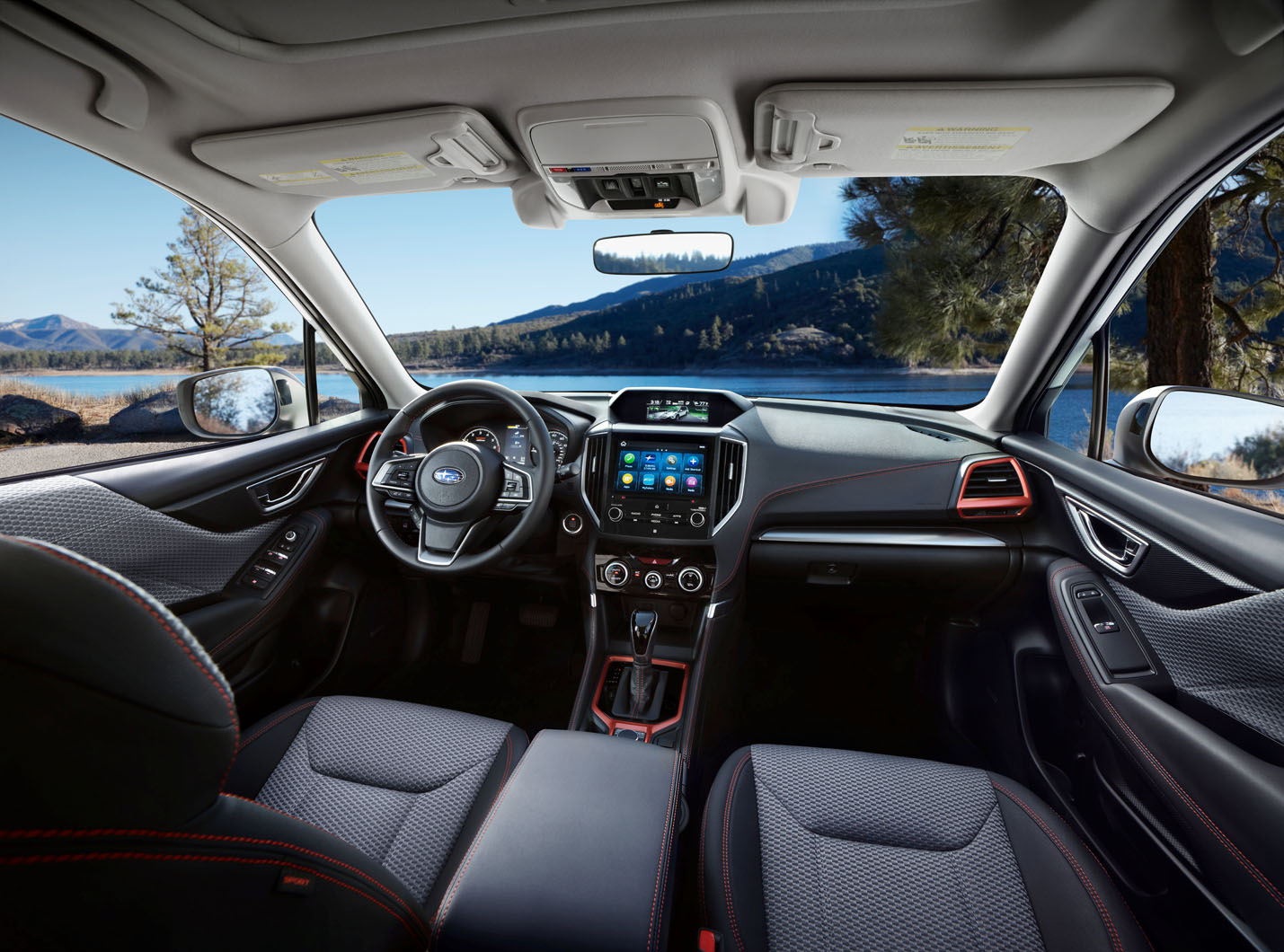 Subaru's corporate boss Takeshi Tachimori said: "The key with this car is that it is designed for its market, which is families. We know the opposition - the Toyota RAV4, Honda CR-V and so on - and we stand out for not chasing car enthusiasts, but for giving these families what they want, from safety to space and practicality to comfort and more, all built to an affordable price.

"Our product is entirely rational, and that is the right way. Our brand, though, is more emotional - we have underdog appeal, being smaller than most car making giants, and earning respect with our approach. That separation between product and brand is proving very popular."

Next month, Subaru will reveal its long-awaited hybrid variant of the Forester at the Beijing motor show. Subaru’s new hybrid system is expected to either be an electric motor incorporated into the brand’s signature longitudinal transmission (a set-up used in the short-lived XV Hybrid), or a more radical system replacing the rear differential with an electric motor. Hybrid technology from Toyota - which owns 16% of Subaru - has been utilised for the new Forester.

A successful launch for the new Forester in the UK is essential for the brand after a significant drop in sales in 2017. The Forester sells around 300,000 units globally, accounting for 25% of Subaru's overall production. In the UK the current model is priced from £26,495.

I have been interested in SUVs for a long time and I can say that the new Subaru Forester is really cool! I would like to recommend you a research paper writing service. It's really handy and useful!

I have two Subarus . An almost new XV 2l and a forester xt 2014 Both have cvt . The xv is very lacking in power and torque so high revs are required to make decent progress . Often 5000 or so when overtaking . The Forester xt however is seldom above 3000 . As for fuel consumption the xv gets around 37-38 mpg and the Forester 31-33 . The saving is not worth the difference in drivability . The Forester is a relaxing drive compared to the xt .

If the new forester is going to have a normaly aspirated engine I wont be buying one again . Presumably it will no lonker be have a 2000kg towing ability either . I agree Subaru has lost the plot .

I think you may need have a second look and try the CVT before being so negative. All Subaru models, apart from the 3.6l, use it in New Zealand and Subaru sales have boomed as reported by a national newspaper -  "The figures add up to a phenomenal 26% increase year-on-year in a growing market, with final industry growth for 2017 being reported this week at 9% versus 2016." While the NZ market is nowhere near the size of the UK market we have a very broard range of vehicles to choose from.