Hyundai has revamped its Kona line-up for 2021, ushering in a new look inside and out, mild-hybrid technology and a performance-inspired N Line range-topper.

The side profile is more familiar, but the rear end has been updated with new brake light designs and a contrasting lower bumper to match the front. Overall, the new Kona is 40mm longer than the outgoing car, which Hyundai claims gives it “a more sleek and dynamic look”.

Inside, the Kona gains an electronic handbrake, ambient lighting, coloured speaker and vent surrounds, and a raft of new colour and material options.

Alongside the visual tweaks comes a new N Line trim level inspired by the brand’s N performance offshoot. It does away with the standard car’s contrasting cladding in favour of an aerodynamically enhancing bodykit, and gains a distinctive mesh air intake design above the front grille. 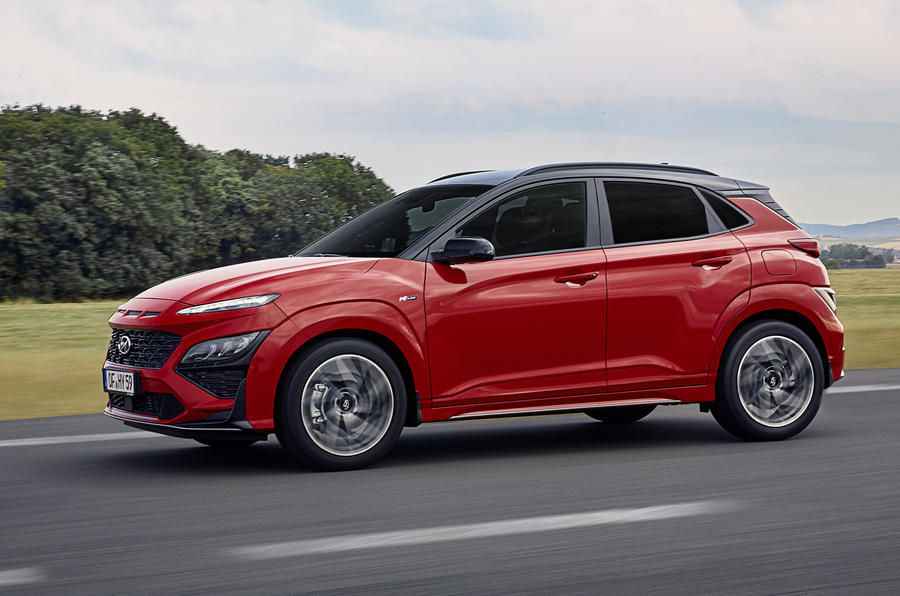 The Kona retains its range-topping 1.6-litre petrol engine, uprated from 175bhp to 195bhp and available with two- or four-wheel drive, but the same-sized diesel option is now equipped with 48V mild-hybrid functionality as standard for enhanced efficiency. It can be paired with a seven-speed automatic or Hyundai’s new Intelligent Manual Transmission.

Prices will be announced before the new Kona arrives in showrooms later this year, with the plug-in hybrid option following in 2021. The updated Kona Electric will be revealed “in the near future”, according to the brand. 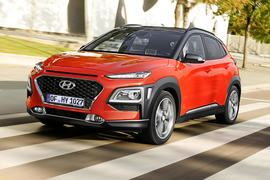 It's quite a looker, this

2 September 2020
It's quite a looker, this newly revised Kona

Not much has changed

The teaser pics looked far more different to the original than the actual model itself does - presumably this mild refresh has been developed in order to justify another huge price hike, like all car makers do these days.