BACK TO ALL NEWS
Currently reading: New Land Rover Defender: interior leaked ahead of unveiling
UP NEXT
UK EV charging network to improve after "horrible" summer

The first image of the new Land Rover Defender's interior appears to have been leaked online ahead of the model's official unveiling at the end of the year.

The image, posted on Twitter by an unidentified user, appears to be a press shot of the reborn 4x4's dashboard. Land Rover itself has only released exterior shots of prototypes at this stage.

We can see that Land Rover has thoroughly modernised the Defender's interior, with a central widescreen infotainment system and full-width digital instrument display. The steering wheel features Defender branding in its centre, too. 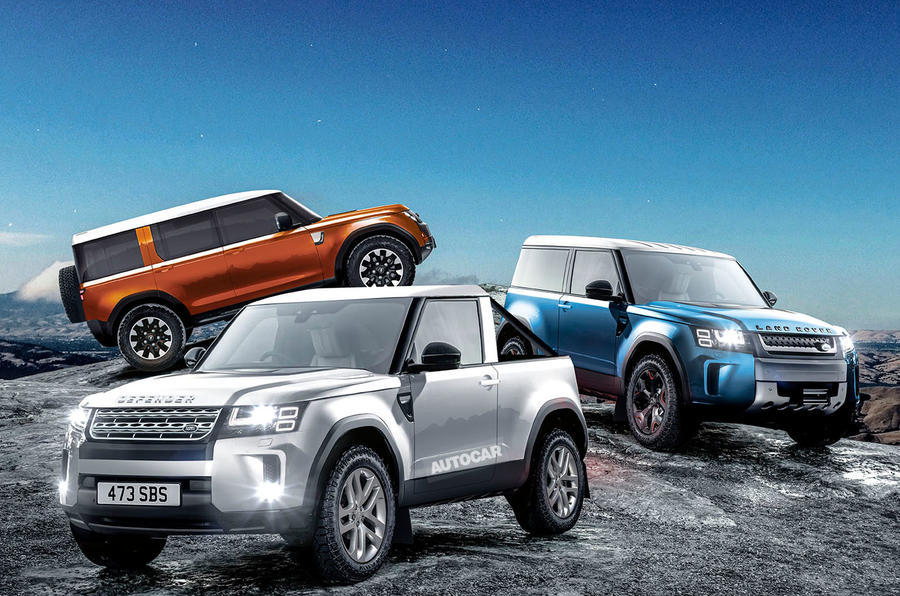 Details such as 'stop' and 'go' stamped into the accelerator and brake pedals aim to add character, while the materials look to be more durable and hard-wearing than those used in current Land Rovers.

The car in these pictures has an automatic gearbox, and it's not yet clear if manual versions will also be offered. Though unconfirmed as yet, the photo also seems to suggest this variant of Defender has three front seats.

Specific details beyond this image are still several months away from being revealed. We do know, however, that the 2020 Defender will be offered as a long-wheelbase five-door and a short-wheelbase three-door, with a number further bodystyles, including a pick-up truck and a convertible, expected further down the line as part of a whole family of variants.

The 4x4 isn't expected to abandon its off-road credibility, despite the new technology. Engineers are said to be subjecting the Toyota Land Cruiser rival to "rigorous test extremes", including at temperatures as low as -40deg C and as high as 48deg C, as well as at altitudes up to 13,000ft.

Reflected face on the dashboard

I'm surprised noboby's commented on this. Is it the JLR employee who just got fired?

folk have been doing this for years, long before they stopped building the Defender.

With that digital dash and fiddly gear selector this car is destined to be a school run trinket, little more.

folk have been doing this for years, long before they stopped building the Defender.

With that digital dash and fiddly gear selector this car is destined to be a school run trinket, little more.

not sure I see what’s fiddly about the gear selector. As for the digital dash all cars are going that way, this is quite restrained.

try testing at 15 degrees on the M4 first and get that right!