BACK TO ALL NEWS
Currently reading: New higher-spec Audi Q3 to cost nearly £3000 more than predecessor
UP NEXT
Rodin FZero: V10 weapon aims to be world's fastest car

Pricing details for the second-generation Audi Q3 family SUV have been revealed, showing a significant increase in cost over Audi 's original model.

Launching later this month, the new Q3 will be available from £30,770 for the entry-level petrol variant and from £33,950 for the cheapest diesel. 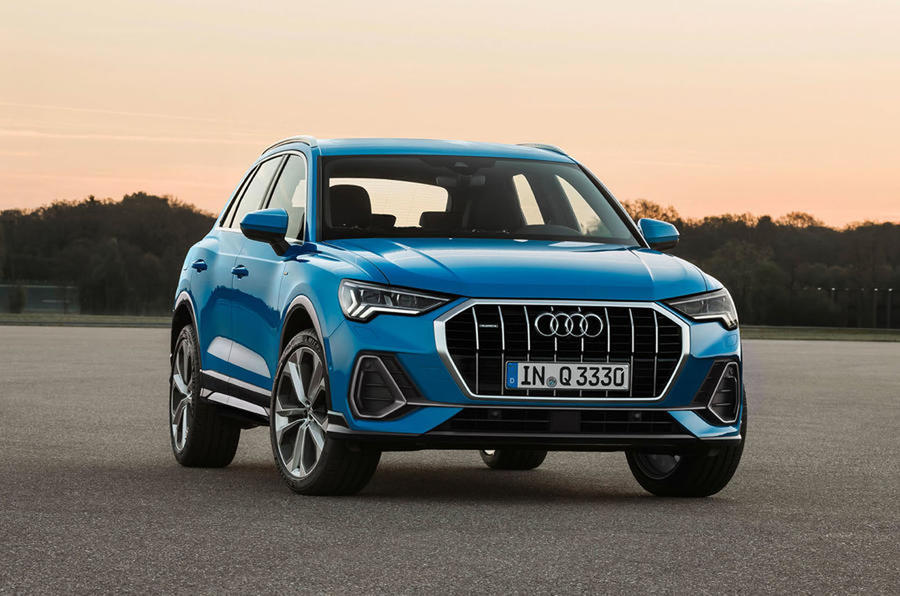 The increase in prices can be attributed to the changing position of the Q3 in Audi’s line-up. Having been replaced in the compact SUV segment by the smaller Audi Audi Q2, the Q3 is now more practical, more generously equipped and more mature in its appearance.

“The buyers of the first Q3 have grown up, and so it has grown up, too,” said Matthias Fink, exterior designer for the new car. “With the Q2 playing the role of the young one, we focused on getting the Q3’s design balance right so that now it looks more like an SUV.” 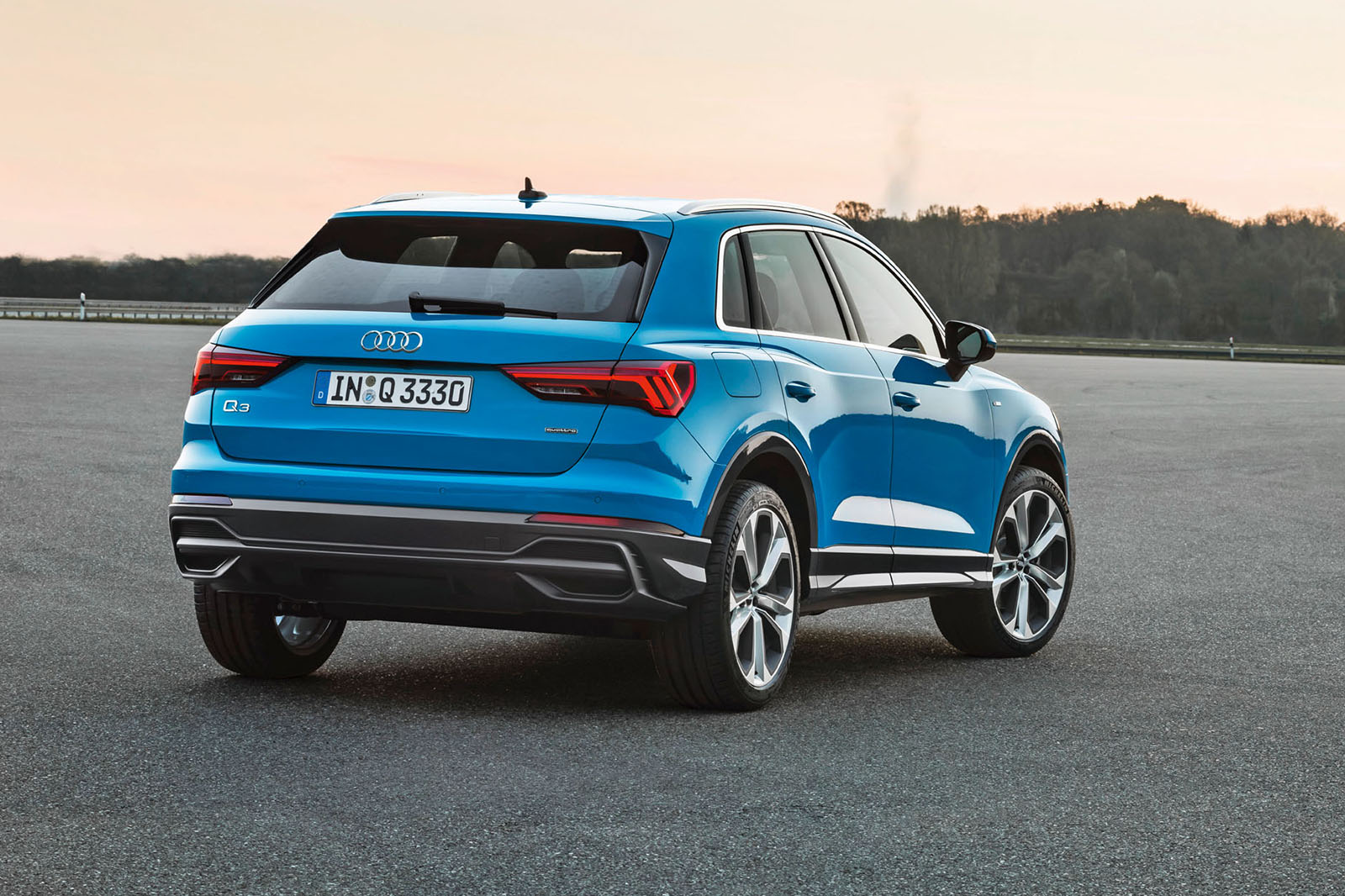 This shift is most obvious in the car’s exterior design, which has been influenced by the German car maker’s new premium SUV, the Audi Q8. The new Q3 has slimmer LED headlights (models at the top of the range get matrix LEDs with adaptive beams), a larger grille and more pronounced shoulder lines, creating a significant design contrast to the softer shapes featured on the first Q3.

Buyers can specify wheels of up to 20in (sizes start at 17in) and have their cars finished in more vibrant colours than before. Audi offers a contrasting paint finish for the lower section of the Q3 to create the illusion of a higher ride height, something Audi’s designers say further adds to the SUV look. 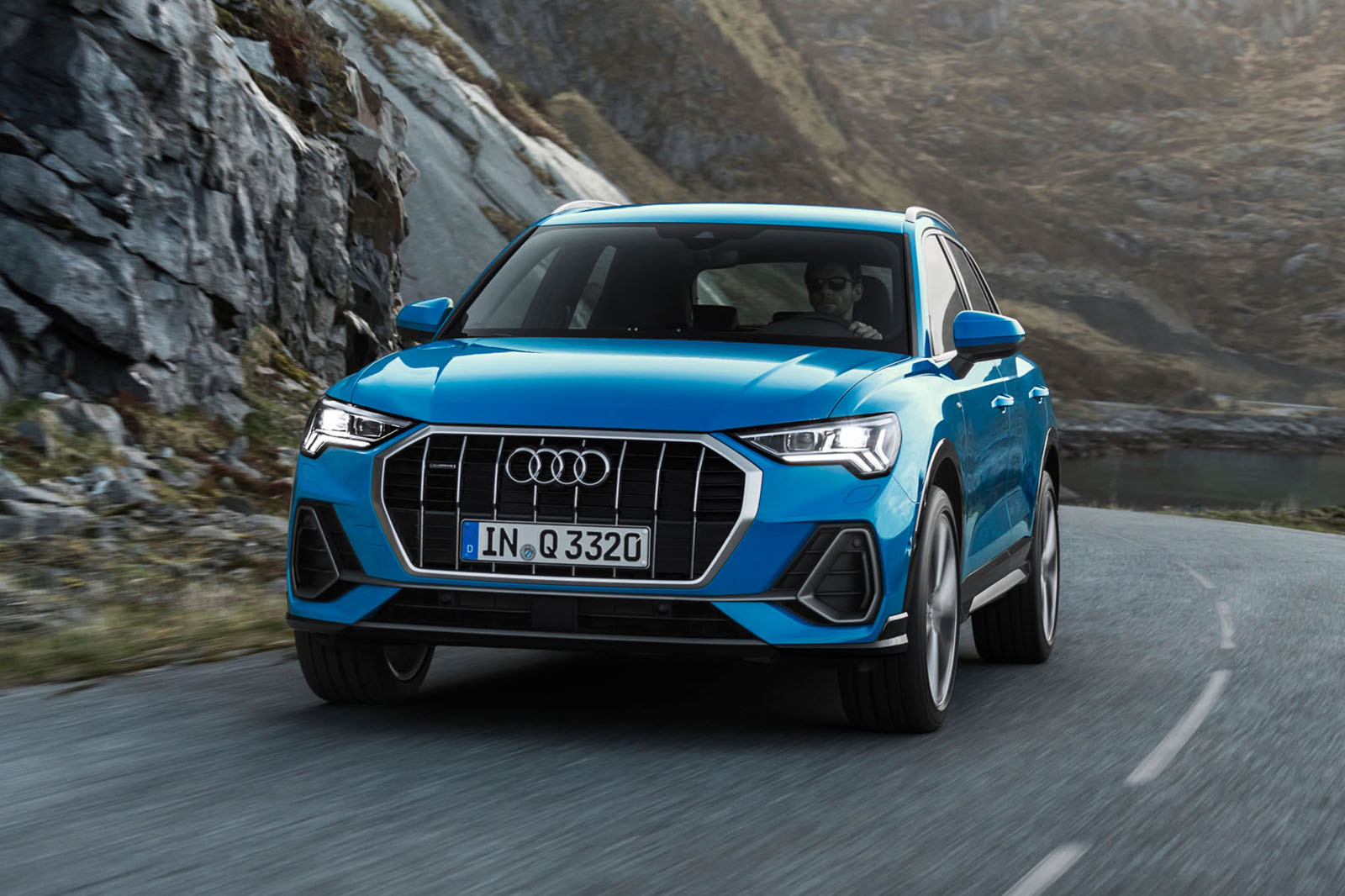 Interior space has improved compared with the outgoing Q3 because the new version is based upon longer and wider elements of the Volkswagen Group’s MQB platform. The boot features an adjustable floor and holds up to 675 litres when the rear bench is slid all the way forward. It can move back and forth by 150mm and is split 40/20/40. Fold it down entirely and there is 1525 litres of space. An electric tailgate with hands-free operation is an option.

Like its larger siblings, the new Q3 is available with adaptive damper technology, as well as a long list of driver assistance systems. These include familiar cruise and park assistance features, a 360deg camera view and pedestrian detection. Inside, there’s the familiar suite of Audi technology but, as in the recently launched All-new Audi A1 hatchback, the Q3 inherits its systems from the class above. Entry-level cars get a 10.3in instrument cluster. Top-spec models feature either the 10.3in cluster or, when Audi’s Virtual Cockpit is specified, an optional 12.3in screen that uses Google Earth maps and accepts voice commands. 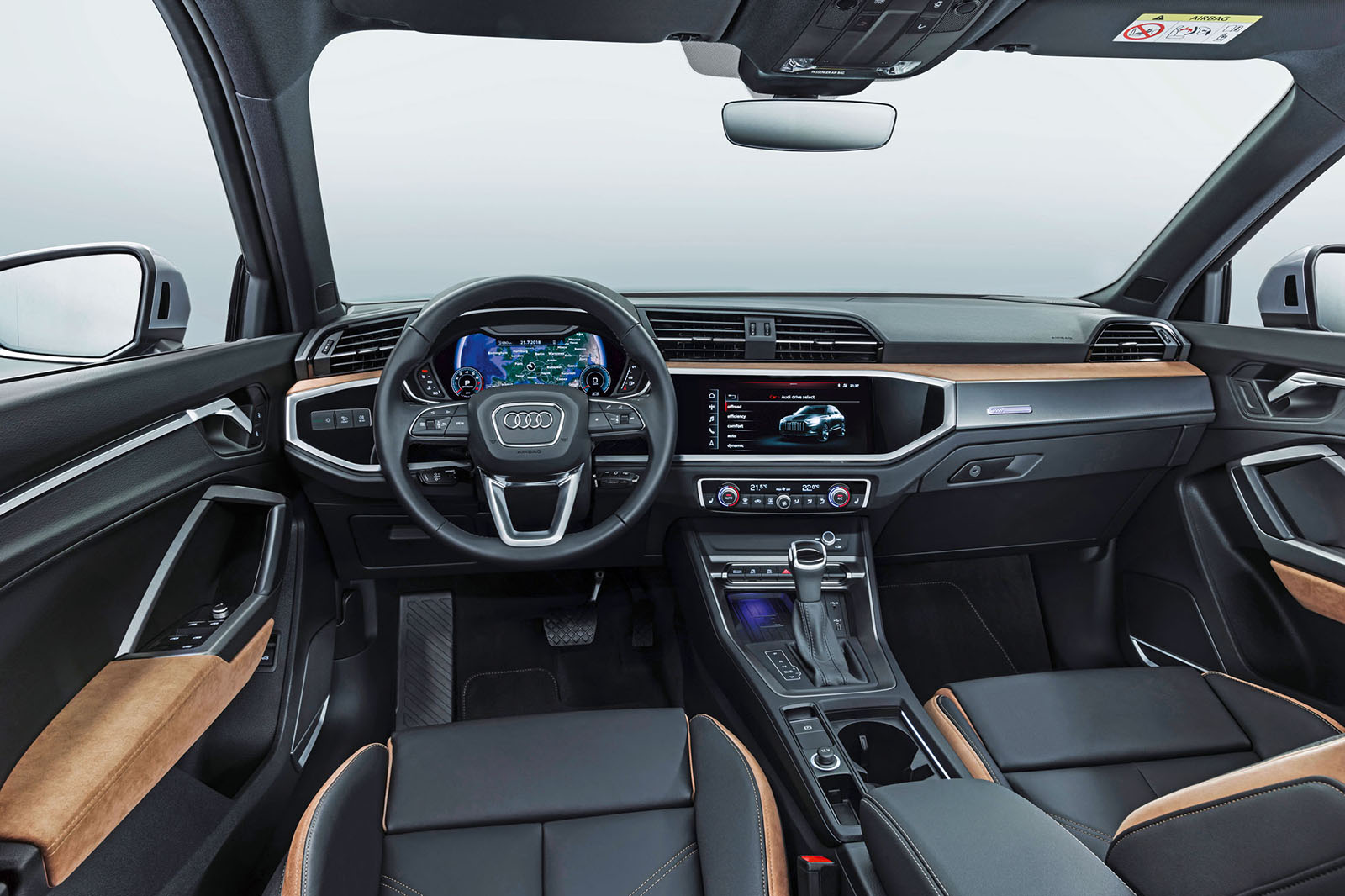 To enhance the new Q3’s family appeal, in the front of the cabin it has two USB ports, one of which accepts the smaller Type C connector that is likely to become the new standard. There are two more USB ports in the rear, as well as a 12V socket. The new Q3 is equipped with Apple CarPlay and Android Auto for smartphone connectivity and a 15-speaker Bang & Olufsen sound system is also offered.

An Audi spokesperson suggested that the 35 TFSI S line S tronic, which is available from £31,680, will likely be the most popular trim level.

Audi hasn't released an official sales figures prediction for the new Q3, but it is hoping that it will match or exceed the success of the previous generation, which sold roughly 17,000 units in the UK. 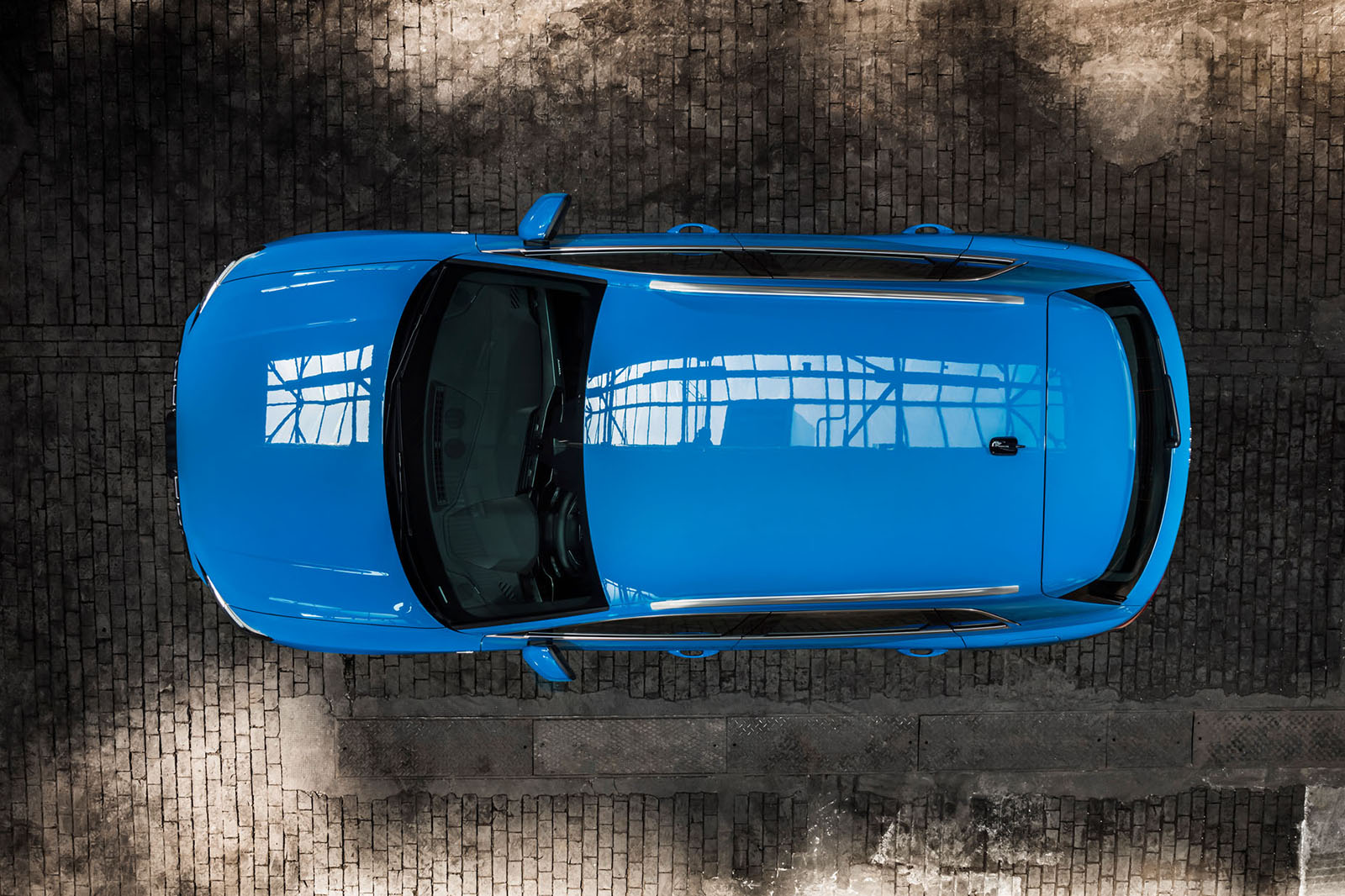 Why did the Audi Q3 have to grow up?

“I always say the small dogs bark louder than the big ones. The Q2 is the small dog here. The Q3 is definitely not cute any more. Where the former Q3 was rounder, this one needed to be more abstract so it can be separate from Q2 and fit nicely beneath the Q5.” 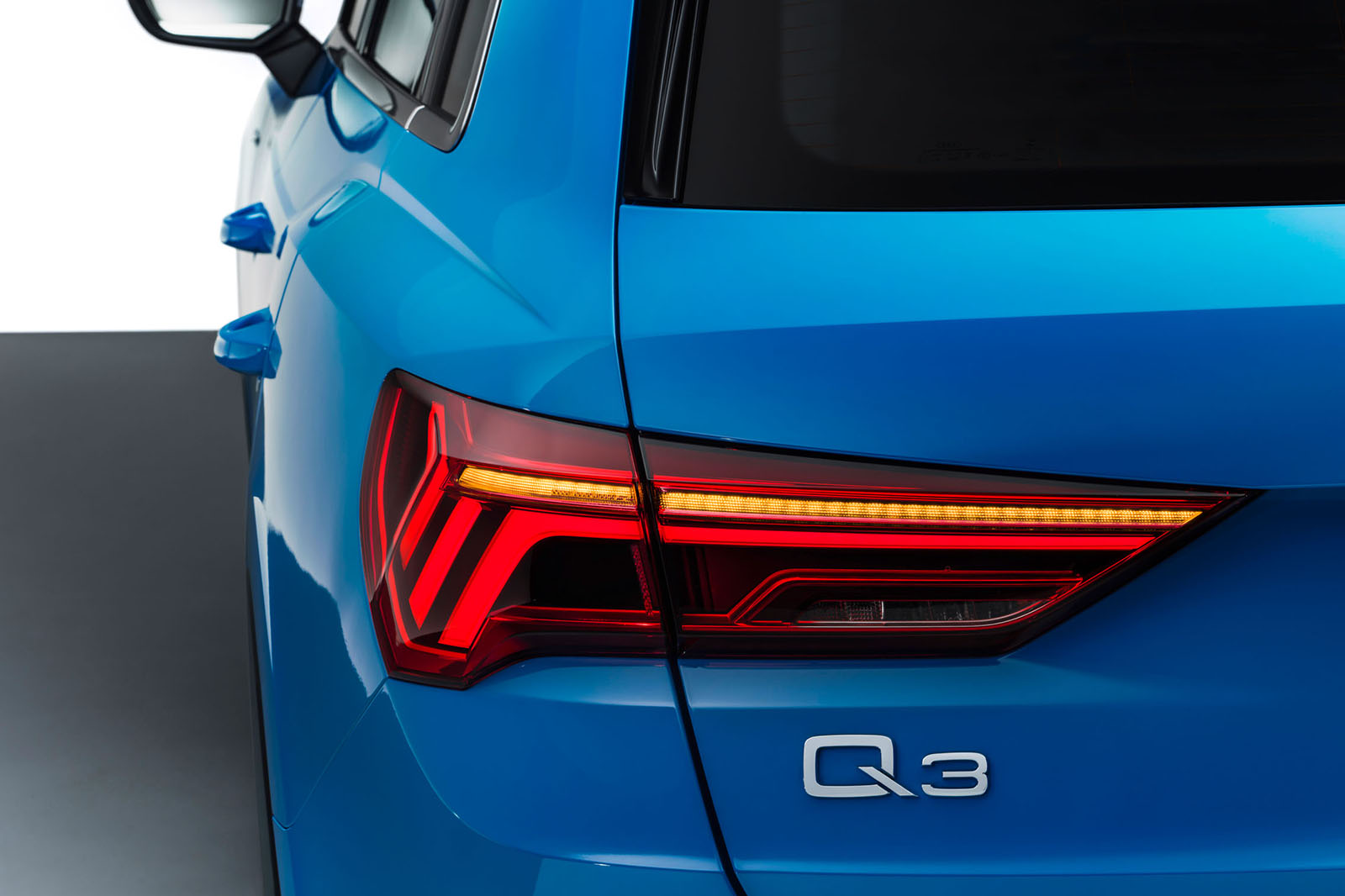 Is there a sporting influence in the design?

“That’s Audi’s character. Its genes are sporty. We looked back at what Audi means and decided to sharpen the Q3’s character, really taking influence from the essence of Audi, which is Quattro.”

So did a model from Audi’s past inspire the design?

“If you remember the first Audi TT, the line drawing was really logical. No line ended in nothing. Everything served a purpose. Here, we did the same: the lines on the Q3 are all necessary.”

a lot of cash for a crap car

would be ok at 20k but they ar ehaving a laugh,and those auto gearboxes are a nightmare when out of warranty, know a few friend sthat hav ehad problems costing £5k to £6k  to fix on a3 and a5

It's just not worth it. Far

It's just not worth it. Far too many people think £30k is doable and are living way beyond their means to have this kind of car. It's all gonna come crashing down...

I think the new Q3 looks great. It certainly interests me.

But my concern with a lot of the premium cars (audi, volvo, bmw) is that they do not realise their existing customer base who have the previous models of the cars cannot afford the price hike to replace them. They may lose business over this. The car manufactures have to make a profit but need to keep price increases to a minimum. Brexit, dieselgate and falling sales i think are proving this.

Maybe autocar can look into this more deeply.