So here we are, then. After our first passenger rides and test drives on the Continent, the ST version of the fourth-generation Ford Focus has finally landed in the UK, ready to battle the hot hatch world’s finest.

You’ll read exactly how it fares against the likes of the Honda Civic Type R, the Renault Mégane RS and more on this website very soon, but for now let’s see what this new hot Focus is like in isolation.

Up front, the latest Focus ST has the same 2.3-litre four-cylinder engine you get in the Mustang and the previous Focus RS, producing some 276bhp and 310lb ft. Admittedly, that’s less than you’d get in both of those cars (quite a lot less than the RS’s 345bhp and 325lb ft, actually) but still good for a suitably rapid 5.7sec 0-62mph time.

That’s all marshalled to the front wheels (shod in bespoke Michelin Pilot Sport 4S rubber) via a six-speed manual gearbox and an electronically controlled limited-slip differential (eLSD). There’s brake-based torque vectoring, and a heavily revised suspension configuration that drops the ride height by 10mm, increases damping stiffness and beefs up the anti-roll bars. Adaptive dampers are standard, with Normal and Sport firmness settings.

Opt for the Performance pack and you’ll get Track mode, which tightens things even further, and a rev-matching function for the manual ’box. In addition to the firmness of the dampers, those three drive modes also alter the characteristics of the eLSD, the electric power-assisted steering, throttle response and stability systems. 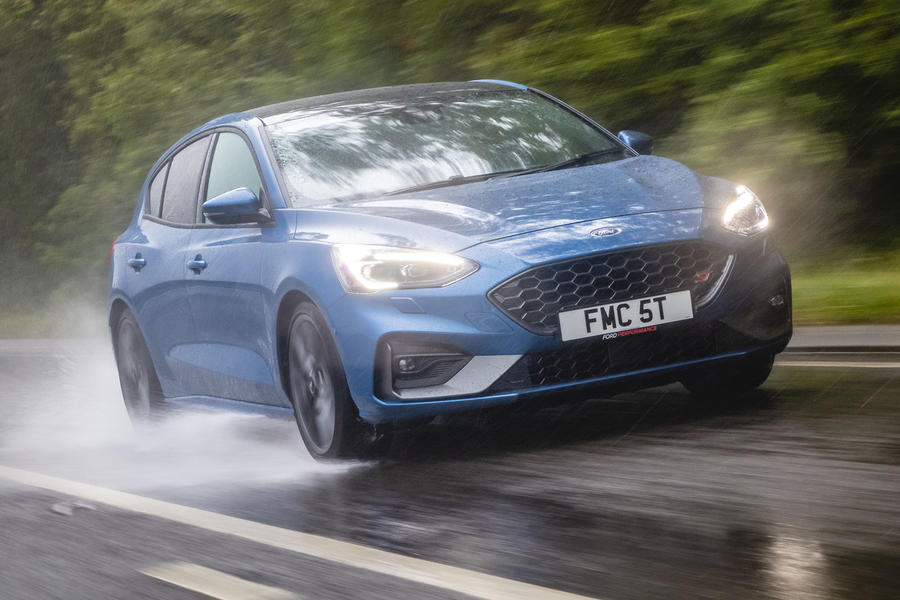 On the road, the combined effect of these changes on the dynamic character of the Focus is marked. Our road test of the standard ST-Line X model revealed that Ford’s C2 platform already provides a fantastic basis for a family hatch with heightened levels of response and agility. The ST treatment amplifies this athletic disposition to levels that are really quite remarkable indeed.

It’s the immediacy of the steering you’ll likely notice first. Turn the wheel and the response from the ST’s front end is so sudden and dramatic that it can take a moment or two to properly become attuned to it. Once dialled in, though, it’s hard not to be impressed by the gazelle-like levels of agility the car is capable of conjuring.

A steering knuckle geometry that moves the rod attachment point 9mm forward and 6.5mm higher than that of the standard car is a key contributor to this electric response, while its Michelin tyres and diff work hard to provide effective, tenacious grip and incision through particularly tight corners.

Were this vivacious handling complemented by a rock-hard ride, the Focus ST might come off as being too serious or too focused for enjoyable use on the road. Thankfully, Ford hasn’t quite pulled a Renault in this instance, so unlike Cup-chassis-equipped versions of the Mégane RS, the Focus is far more forgiving. Admittedly, the ride is firm and can be a touch animated and reactive, even with the dampers set to Normal, but you absolutely do not need to be a masochist to entertain the idea of living with one for everyday use.

That engine is sweet, too. Its impressive torque lends the Focus serious mid-range punch and it spins happily to the redline without running short of breath - all the while accompanied by a suitably aggressive, if a little overtly synthetic, soundtrack. The quality of the gearchange, meanwhile, is slick and well oiled enough, with a throw that’s apparently 7% shorter than that of the standard car. 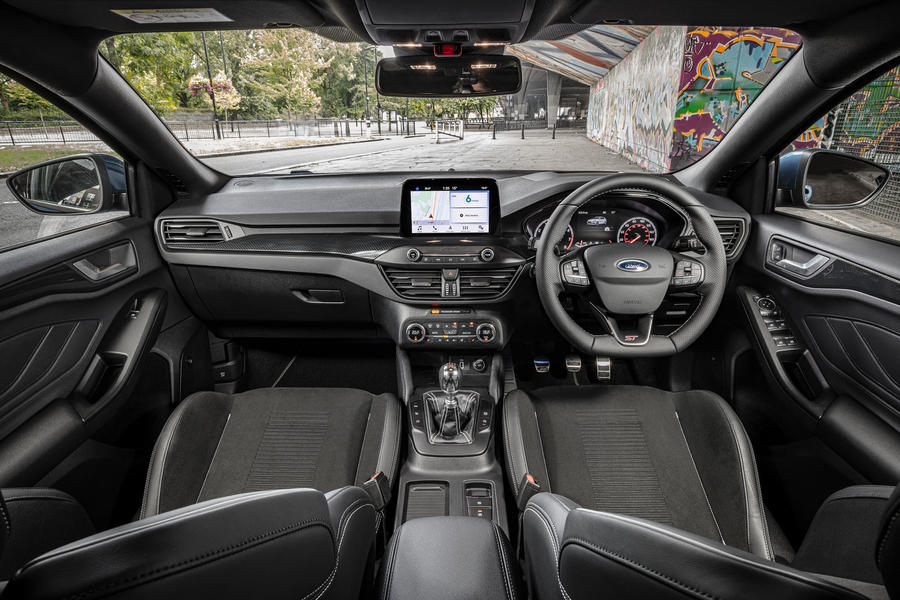 Despite this readily identifiable competency, there were times when I found it difficult to genuinely warm to the Focus ST. Even with the immediacy of its handling, the effectiveness with which it sticks to the road, and its commendable pace, there was an aloofness about its character that I found tricky to ignore. I could well be in a minority on this, but for whatever reason, it didn’t get under my skin quite to the extent I hoped it would.

But anyway, for its £31,995 asking price, the fact remains this is still a very impressive hot hatch. It might not quite offer the incisiveness, pace and composure of the Civic Type R, the mad-dog aggression of the Mégane RS Trophy, or the everyday polish of the Volkswagen Golf GTI, but its ability to draw on aspects of all three of these similarly priced rivals and combine them into a package you could easily envisage living with demands applause.

Make no mistake: there’s a cracking hot hatch here. I’m just not sure it’s the hot hatch for me. 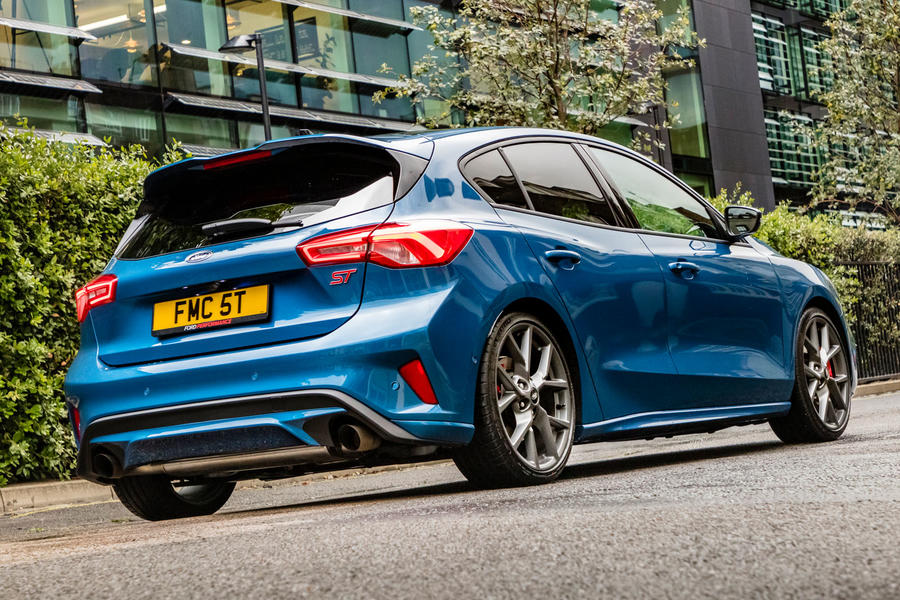 This current focus has

This current focus has certainly grown on me, when first launched I thought it's styling was a bit bland and generic, the more I see of them the more I really like them. This ST looks fantastic to my eyes, both inside and out, and I don't mind the logos on the seats as they aren't really that brash. Look forward to the group test but please include an i30N.
6th.replicant 14 August 2019

Here's a sentence I never

Here's a sentence I never thought I'd write: I like this ST's dashboard and cabin design.

But why do the seats have to be emblazoned with those 'orrible in-yer-face 'ST' and 'Recaro' logos? We're not living in the 1980s!

Petrol at least seem to have plenty of character missing from others. I suspect the reservations are brand snobbery as much as anything; something most of us suffer from.