BACK TO ALL NEWS
Currently reading: New Audi A6 Allroad marks 20 years of rugged models
UP NEXT
Rolls-Royce road trip: remembering the marque's epic seaplane racers

Audi’s rival to the Volvo V90 Cross Country is available to order from August priced from £55,000
Open gallery
Close

Audi has released the first images and details of its fourth-generation Audi A6 Allroad ahead of it going on sale in August.

Dubbed the A6 Allroad quattro, it arrives as Audi celebrates two decades since the first Allroad model was launched. Like its predecessors, it’s based on the standard Audi A6 Avant but adds rugged styling details, a raised ride height and standard all-wheel drive.

The A6 Allroad’s body sits 45mm higher than the A6 Avant's, with standard adaptive air suspension tuned specifically for the off-road-focused model. It adjusts the ride height significantly depending on the car’s speed and driving mode, lowering it at speeds above 74mph for better aerodynamic efficiency. 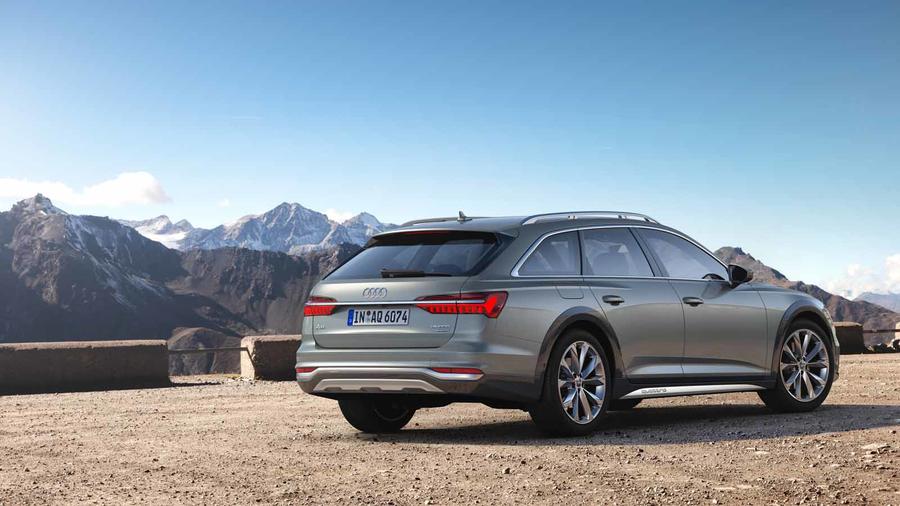 Further terrain-covering standard kit includes hill descent control and new tilt angle assistance, which shows the car’s angle when negotiating terrain and warns when there is a risk of it tipping over.

Two specifications of A6 Allroad will be coming to the UK: Sport and fully loaded Vorsprung, the latter distinguished by black exterior detailing. Both feature visual changes over the A6 Avant including a new grille with vertical slats, cladding on the sills, wheel arches and bumpers and aluminium-effect underbody cladding. Allroad-specific roof rails also feature, as does a special Gavial Green paint hue.

Initially, the A6 Allroad will be available with a choice of two 3.0-litre V6 diesel engines. Both feature 48-volt mild hybrid technology to reduce fuel consumption. The 45 TDI model makes 228bhp and 369 lb ft of torque, taking it from 0-62mph in 6.7sec and onto a top speed of 155mph. 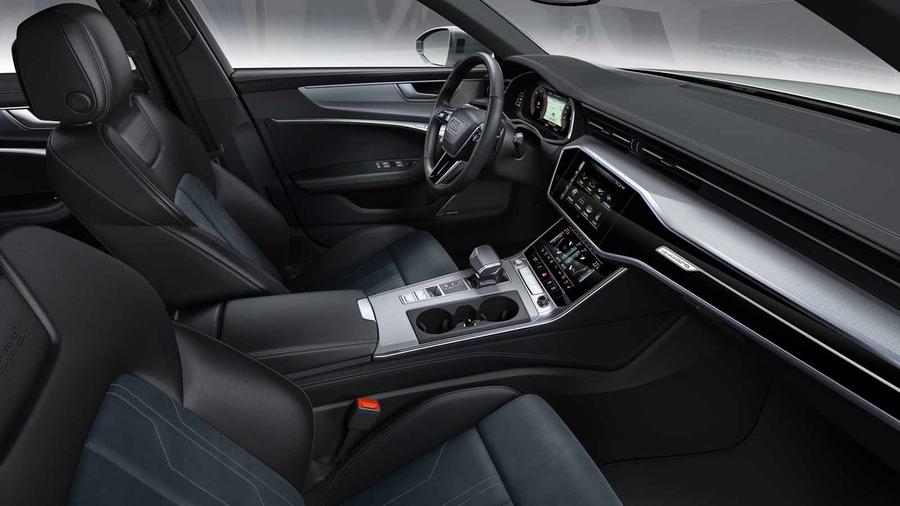 The 50 TDI makes 282bhp and 457lb ft, resulting in 0-62mph time of 5.9sec. Economy and efficiency figures are yet to be revealed. All models come with Audi's quattro all-wheel drive system and an eight-speed automatic gearbox with wheel-selective torque control. The Vorsprung model also gets dynamic all-wheel steering as standard.

The A6 Allroad will go on sale in Germany this month, but orders won’t open be taken here until August. Pricing for the new Volvo V90 Cross Country rival are expected to start at around £55,000.

Audi revamps A4 range with hybrid options for 2019

I've always been a fan of these raised estates. Unfortunately the new offerings from not only Audi, but Mercedes as well are diesel only. Volvo at least give a couple of petrol offerings, but not their 'T8' hybrid. Unfortunately Subaru's powertrain offerings these days don't include the flat 6 in Europe.

Not Sure Its Better

Not sure its better sipod as 'better' is a subjective label, but I would rather spend my 55k on this than 55k on most SUV's. I personally think a good estate or station wagon as they say here in USA is preferrable to an SUV. A 2-3yr old used example even more so!