BACK TO ALL NEWS
Currently reading: New 2022 Peugeot 408 confirmed for June reveal
UP NEXT
Lotus Emira vs Porsche 718 Cayman

Peugeot has confirmed a new model called the Peugeot 408 will be revealed on 22 June, which is expected to sit between the Peugeot 308 hatchback and Peugeot 3008 SUV.

The French maker said the model “combines the characteristic codes of SUVs with a dynamic fastback silhouette”.

Previously thought to be called the Peugeot 4008 and a coupe-SUV sibling to the 3008, the 408 name announced today suggests it will instead be more focused on fastback saloon design while still being high-riding.

Alongside the 408 name confirmation, Peugeot has released an image of the car’s front, which shows an evolution of the Peugeot’s current grille. Horizontal lines are body-coloured and become thicker as the grille extends towards the side of the car.

Commenting on the model, Peugeot said: “In terms of design and engineering, the search for high efficiency and the desire to offer new experiences were at the heart of the development of the new Peugeot 408. Aimed at those for whom the automobile is a pleasure, the 408 brings an unprecedented allure to the Peugeot family.”

The nomenclature 408 is already used in China for an extended-wheelbase version of the 308. Peugeot confirmed that model will remain on sale and "a differentiator will be utilised in China to avoid any confusion", details of which will be confirmed at the reveal of the model.

The new model will share underpinnings with the 308 and 3008, which means it will offer the same array of combustion and electrified powertrains.

Autocar has previously spotted the car testing on public roads, giving clues as to how it has been styled with influence from traditional coupé, saloon and SUV models - in a similar vein to the new Citroën C5X, with which it shares Stellantis's EMP2 architecture.

That platform can accomodate both pure-combustion and plug-in hybrid powertrains – the latter of which is being tested in these spy shots, as evidenced by the camouflaged charging port at the rear – and the the model is expected to be offered with the same drivetrains as the EMP2-based 308: two plug-in hybrids, a 1.5-litre diesel and a 1.2-litre petrol in two states of tune. 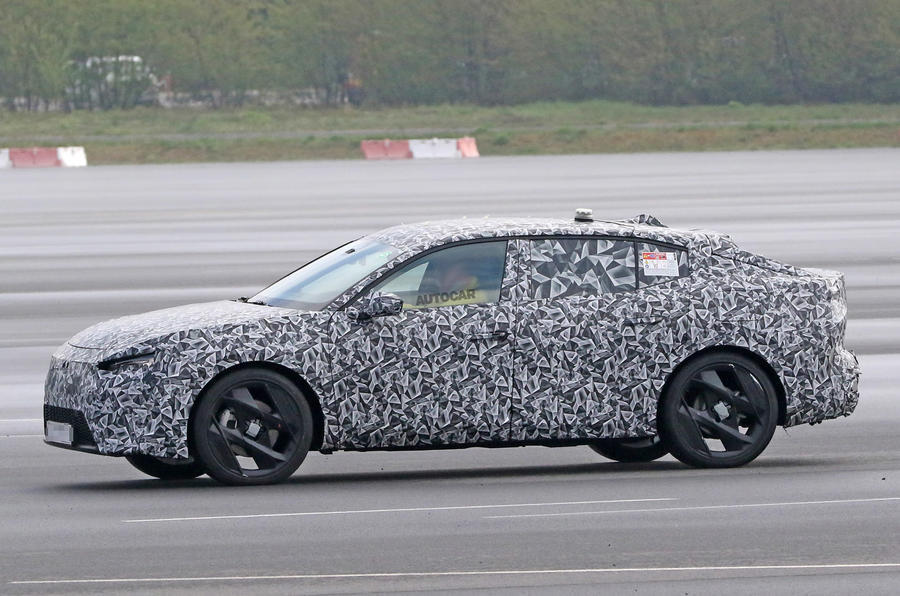 However, both the 308 and the closely related Vauxhall Astra will also be offered with pure-electric versions in 2023, paving the way for this new model to go down the same route, in line with Peugeot's plan to go all-electric by 2030. ​The all-electric e-308 will offer 154bhp and 199lb ft and 250 miles of range from a 54kWh battery.

The new car appears to be roughly the size of the Citroën C5 X, meaning it would rival some of the segment’s most popular models, such as the Kia Sportage, Renault Arkana and Volkswagen T-Roc, while an all-electric version would serve as a competitor to the Hyundai Ioniq 5 and Volvo C40. 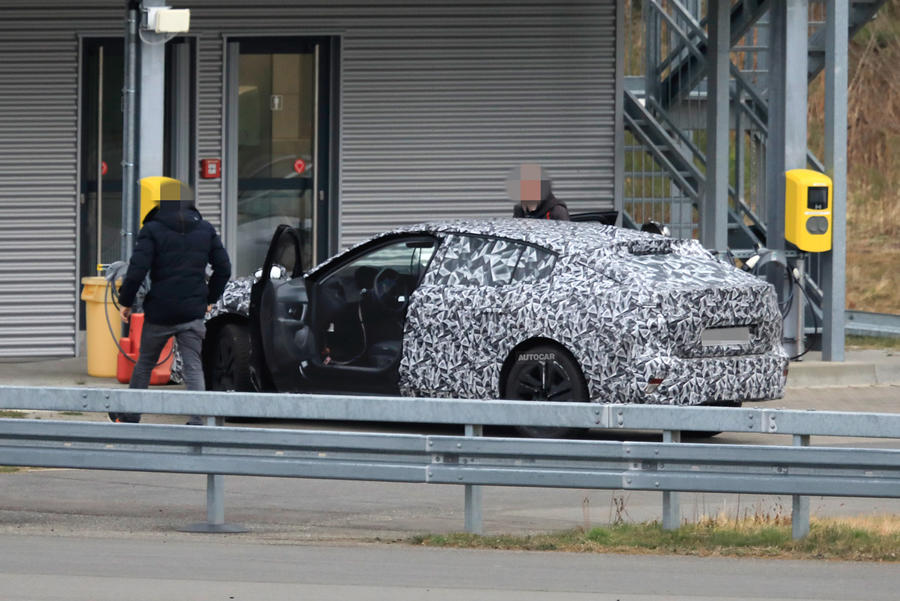 The new Peugeot model has entered testing not long after company CEO Linda Jackson suggested there were no plans to expand the French firm’s vehicle line-up with a 308-based coupé.

“We work on a core model strategy – that is, key models in the volume profit pool,” Jackson told Autocar in February, explaining how the French firm would target global expansion.

“Peugeot is very fortunate to have representation in most of the key profit pools. I'm very happy with what we have.”

I feel like we're being inched back from SUVs in increments by the car designers. (Probably because they're getting bored of designing them.) Citroen, and now by extension Peugeot, have found ways to dress a car up as an SUV without it actually being an SUV. C4, C5X, now this. Next up; the new niche of 'low-riding' SUVs which will basically be hatchbacks again.

they use the nastiest brittle looking shiny plastic for their trims, outside anyway. Everytime I walk past the front of one of those 3008 im tempted just to snap a bit off it looks so cheap.