BACK TO ALL NEWS
Currently reading: New 2022 Fisker Ocean gets production-spec debut in LA
UP NEXT
New electric cars 2022: what's coming when

European-built BMW iX3 rival will arrive in the UK in 2023, with sub-£30k price and up to 350 miles of range
Open gallery
Close

The production version of the new Fisker Ocean electric SUV has been revealed at the Los Angeles motor show, a year before it goes into production for global sale.

To be produced by Magna Steyr in Graz, Austria, the Ocean will arrive in the UK in the second quarter of 2023, taking on the Audi Q4 E-tron and BMW iX3 with competitive performance figures, a raft of advanced technology and a range of up to 350 miles.

Pilot production will begin this week so that the necessary crash tests and homologation processes can get under way.

In terms of design, the Ocean stays true to the concept first shown in 2019, with Fisker committed to offering a "true SUV" rather than "yet another aerodynamic all-electric hatchback". Its slim lights, short overhangs and a wide stance are aimed at emphasising its road presence and give heavy clues as to the design of future Fisker models.

It remains a five-seater, and the company's commitment to sustainability extends to a "fully vegan" interior comprising reclaimed fishing nets, T-shirts and rubber. Fisker claims it's "the world's most sustainable electric vehicle". 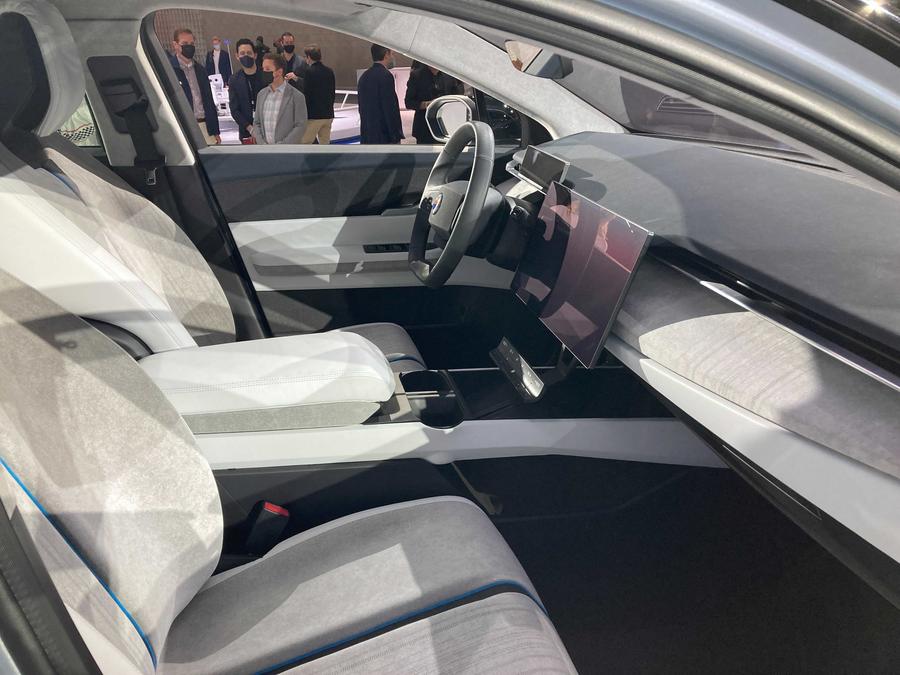 Other highlights include California mode that lowers all the windows and retracts the roof to provide a convertible-style driving experience; a Limo mode that allows rear-seat passengers to control various vehicle functions; and a rotating 17.1in infotainment touchscreen that can be switched from portrait mode to landscape mode when the car is stopped.

Three trim levels will be available. Sport brings a 275bhp motor on the front axle for a 0-60mph time of 6.6sec; Ultra gets a motor on each axle, boosting output to 540bhp and cutting the sprint time to 3.9sec; and range-topping Extreme brings 550bhp and a 3.6sec 0-60mph time.

Earth and Fun driving modes are standard in all cars, while the Ultra and Extreme add Hyper mode, which boosts performance, and the Extreme also gets a dedicated Off-Road mode.

Fisker has yet to confirm precise battery capacities but estimates a range of between 250 and 350 miles depending on specification. These are based on the US's EPA test cycle, which often gives lower range readings than the WLTP cycle used in Europe, so European-spec cars are likely to be rated higher.

Fisker hasn't confirmed charging capabilities either but highlights the potential of the Ocean's solar-panel roof to add up to 2000 miles of range per year in ideal conditions.

The Ultra and Extreme variants use batteries supplied by Chinese firm CATL that use nickel-manganese-cobalt (NMC) cell chemistry, which Fisker says affords them "a combination of segment-leading range and performance".

Company boss Henrik Fisker told Autocar that the batteries and powertrains were "selected this year", only shortly ahead of the Ocean's market launch. The reason, he explained, is that "the car industry has been in the common cycle of taking about four years to develop a car, so when you buy a car, the technology was chosen two-and-a-half or three years ago". 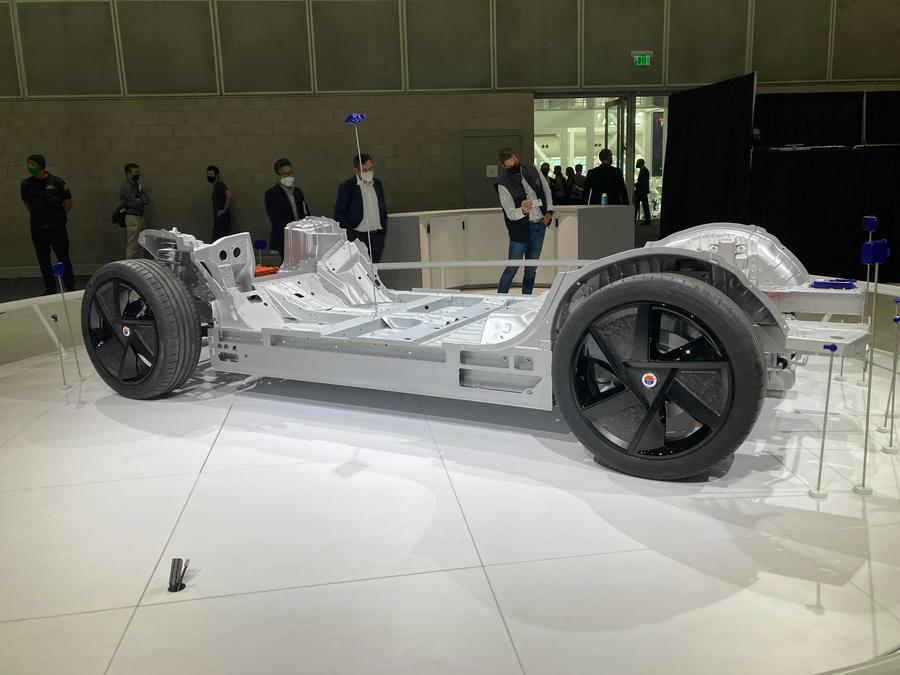 He continued: "We're trying to change that into a much shorter development time of two-and-a-half years. Part of the trick here is that we have an amazing engineering and development team, but also that we're working really closely with Magna to produce our vehicles, because we want a high-quality vehicle, so we haven't had to deal with building a factory and teaching people how to manufacture a car. So that's probably an advantage and a differentiator to our business model."

Outsourcing production significantly reduces Fisker's overheads, as does its unconventional retail network – centred on so-called experience centres in cities – and remote vehicle delivery and servicing model. A location has been selected for Fisker's London Experience Centre and will be confirmed closer to its opening date next year.

UK prices have yet to be confirmed, but prices range from $37,499 to $68,999 in the US (roughly £27,900 to £51,350), and Henrik Fisker told Autocar that because the car will be built in Europe, prices here won't be swollen by import taxes, so he anticipates approximate parity.

The Ocean is the first of a planned family of Fisker EVs, one of which will be the Project Pear, developed with technology giant Foxconn, which is set to go on sale globally from the end of 2023 at an affordable price point.

The company have not shown much success before and I doubt if Fisker fiscal health will create a car that people would buy in buoyant numbers. It seems that Ocean is where the project is going to end. I pray I am wrong, Mr. Fisker deserves more due to his contribution to the automotive world.

FastRenaultFan 27 November 2021
It will at least be 40k in the USA so not a hope of it being 30k this side of the Atlantic more like 55 or 60k at least. Still not a bad looking SUV do and certainly nicer dash than the god awful nothingness you get in Teslas these days.
Its crazy to think Fisker was around before Tesla trying to do what Tesla has done do to make electric cars popular and affordable and went bust but are back again which is good. Tesla needs a good electric rival. I hope Fisker do better this time around.
bol 18 November 2021

At face value that pricing prediction is the most ludicrous I've seen in Autocar, which is saying something. Quite how this small manufacturer can build cars in Europe so much cheaper than anyone else, I'm not sure.