BACK TO ALL NEWS
Currently reading: New 2021 Skoda Kodiaq: UK prices and specs revealed
UP NEXT
2025 Mercedes A-Class EV to be luxurious EQ entry point

The Skoda Kodiaq SUV has been overhauled for 2021, featuring new technology and a style makeover that brings the optional seven-seater into line with Skoda 's latest designs.

The Czech firm has priced the Kodiaq from £27,650, with the choice of SE, SE L, SportLine and L&K trims - along with the full-fat Skoda Kodiaq vRS range-topper. All models receive LED headlights, dynamic indicators, and an extended, black rear spoiler and grey interior stitching as standard, with all trims above the SE gaining LED Matrix technology.

The SE L trim is offered for £31,895 and gains 19-inch Triglav alloy wheels, full front and rear LED matrix headlights with cornering function, chrome roof rails and floor mats. The Sportline will be offered for £35,805, gaining a rear-view parking camera, and those who opt for the L&K trim, from £41,720, will receive Skoda’s virtual cockpit.

The refresh includes the return of the vRS performance model to the line-up with petrol power and 20in anthracite alloy wheels with aero-optimised covers. It follows the removal of the outgoing 237bhp twin-turbo diesel version late last year due to tightening emissions rules. Prices for the vRS are yet to be confirmed. 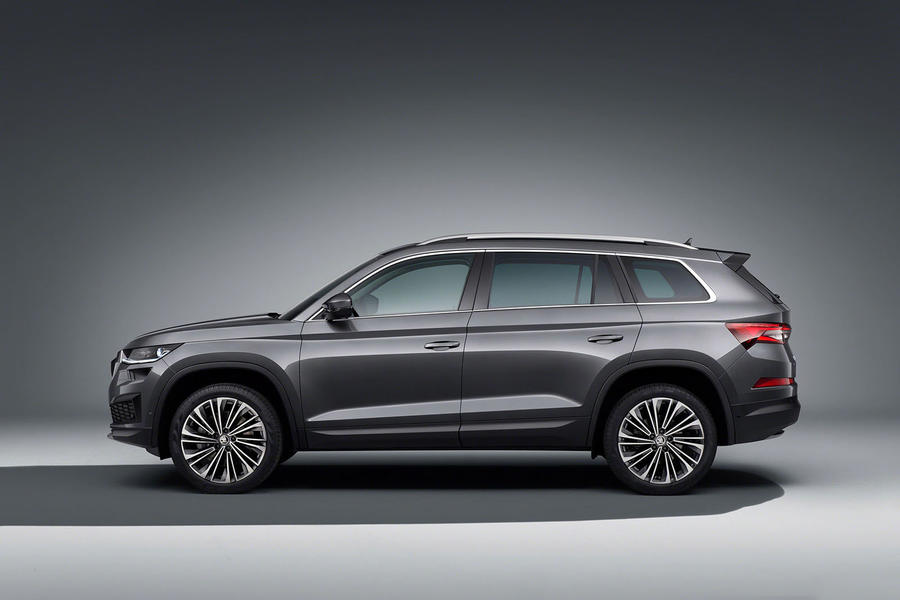 The Kodiaq launched in 2016 as the first model in the Czech firm's SUX expansion, and has since been followed by the smaller Skoda Kamiq and Skoda Karoq. It is built on the Volkswagen Group's MQB platform, as used by the Volkswagen Tiguan and Seat Tarraco.

For this mid-life facelift Skoda has refreshed the Kodiaq with a new, more upright grill, elevated bonnet, revamped front and rear bumpers and a revised headlight design, with LED Matrix items available for the first time.

The S, SE and SE L trim levels also gain new aluminium effect detail on the front and rear apron, intended to give it more "offroad styling". A new rear spoiler along with 'finlets' on the sides of the rear windows have been added to optimise aerodynamics and reduce CO2 emissions.

The interior has also been revised, with new seat designs, including a choice of electrically adjustable leather ergonomic seats. SE and SE L moveld can also be optioned with ‘Eco’ seats that feature covers made using recycled vegan materials.

The 10.25in Virtual Cockpit digital display is an option on all models, as is a new 10-speaker Canton sound system. There remains an 8in infotainment touchscreen as standard, with a 9.2in version available as an option. There is also revamped LEB ambient lighting. 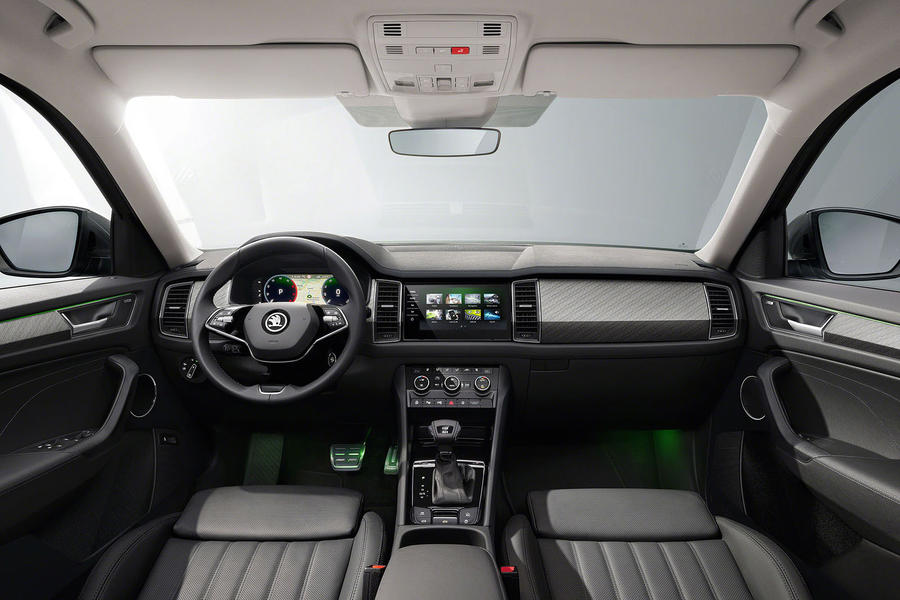 The Kodiaq will be offered with 1.5-litre TSI petrol engines developing 147bhp and 188bhp, and 2.0 TDI diesel engines producing 147bhp and 197bhp. The most powerful 2.0-litre petrol unit will only be offered on the vRS model. The entry-level TSI will be offered with a six-speed manual and front-wheel-drive; all other models feature a seven-speed automatic as standard, with the higher-powered petrol and diesel models featuring all-wheel-drive.

The two diesel units are from the VW Group's latest generation, and feature a twin dosing exhaust gas treatment that Skoda says helps reduce nitrogen oxide emissions by up to 80 per cent.

The Kodiaq will go on sale in July, and will be offered in five trim levels: SE, SE L, SportLine, L&K and vRS, with prices starting from £27,650.

My Kodiaq Sportine is now 6 months old. Can someone please tell me what's different because I'm damned if I can tell. I was expecting the interior to be brought in lline with other recently reeased Skoda models but nope, that nope, that looks exacty the same as my car.

Andrew1 13 April 2021
Kudos to Skoda for making it even uglier, I didn't think they'll be able to.
View all comments (6)