BACK TO ALL NEWS
Currently reading: Audi A5 revamped with new styling, mild hybrid powertrains
UP NEXT
Alfa Romeo aims to double production with new image

Audi has given its A5 range a series of upgrades for 2019, bringing them in line with the rest of its line-up and adding a choice of mild hybrid powertrains for the first time.

The A5 Coupé, A5 Cabriolet and Audi A5 Sportback will go on sale later this year alongside their more potent S5 versions, which are now exclusively diesel-powered in Europe.

At launch, four of the A5's four-cylinder petrol and diesel powertrain options will include 12-volt mild hybrid systems, with a belt-driven alternator and starter able to recuperate energy from the crankshaft and store it in a small lithium-ion battery. Audi claims this works with the stop-start system to improve efficiency and reduce CO2 over the outgoing cars.

Visual updates largely mirror those seen on the recently refreshed A4, with new-look front and rear bumpers, larger air intakes and a wider front grille with designs determined by trim level. S-Line models get honeycomb styling to match the S5, while cars lower in the line-up see horizontal slats. Three notches underneath the bonnet also match those seen in the Audi A1 supermini.

All cars receive LED headlights as standard, with Matrix LEDs an option. 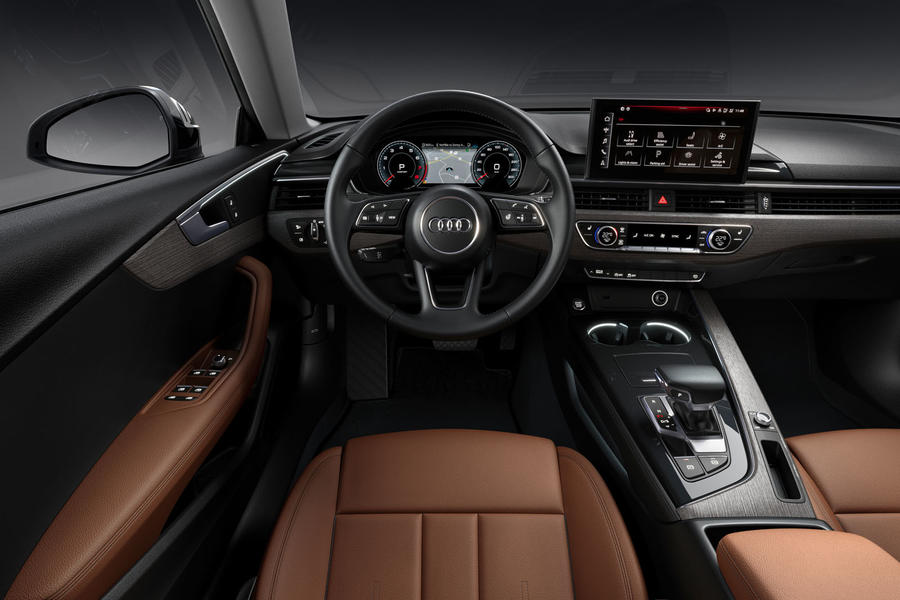 Bigger changes have been made inside, with the old A5's rotary infotainment controller phased out in favour of a 10.1in touchscreen. The upgraded interface has filtered down from the A7 and A8, while Audi's 12.3in Virtual Cockpit digital instrument cluster recieves updated navigation software. All cars now come with a Wi-Fi hotspot as standard, which can be used for over-the-air software updates.

UK-specific models and prices have yet to be confirmed, but a small increase over the outgoing model is likely to resuly in an entry-level A5 Coupé priced around £35,000. The revised range will be available to order later this year, with the first deliveries expected in early 2020.

Ingolstadt’s dome-roofed hatchback returns to the executive fray, but more dynamic rivals like the BMW 4-series and Mercedes C-Class set a high bar

Never been a huge fan of Audi either but I do like the particular design of the A5.

Unfortunately I don't think this facelift does the car any favours and I'm very disappointed that they have chosen to phase out petrol power for the new S5.

Perhaps I will be able to pick up a lightly used '17 plate S5 in a few years for a reasonable price. It will be more attractive than the new one and I can have a petrol engine in it.

another generic VW interior with an iPad slapped on the dash in the name of progress..

Was thinking exactly the same, next to zero impact..Probably not worth the cost of replacement batteries after 4 years that will run to hundreds.

Was thinking exactly the same, next to zero impact..Probably not worth the cost of replacement batteries after 4 years that will run to hundreds.