BACK TO ALL NEWS
Currently reading: New Mini Rocketman concept revealed
UP NEXT
Lamborghini boss details 2023 super-hybrid and new models

A new edition of the ‘mini’ Mini Rocketman concept has been revealed, promoting parent company BMW’s involvement in the London 2012 Olympics.

Mini Electric model to launch as fifth 'superhero' model in 2019

The Rocketman was previously shown at last year’s Geneva motor show, but this time around it sports a colour theme that's said to be inspired by the Union Flag, and includes a range of bespoke features. The concept will be displayed in the BMW Group Pavilion, close to the Olympic and Paralympics Village.

Mini has finished the Rocketman in non-metallic paint with carbonfibre parts around the headlights and doors. The concept’s black 18-inch wheels have polished sections and red pinstriping.

The concept has a glass roof with illuminated braces to recreate the Union Flag. Integrated optical fibres indirectly light the interior.

The three-door, 3+1 seater is around 70cm shorter than the Mini Hatch and uses a carbonfibre-reinforced-plastic spaceframe chassis. It is designed to seat three with an additional seat available for extra journeys.

Mini’s latest incarnation of the Rocketman has seats trimmed in dark-blue nubuck leather and the surrounds for air-vents, door pulls and speakers have red and white rings. The cubby integrated into the armrest has miniature figures playing basketball and the doors have graphics bearing the name of every summer Olympic host city.

... I would applaude the idea of a Mini more in the spirit and dimensions of the original... maybe when it gets to production they'll have the good sense to remove all the frippery and poduce an affordable,  sweet driving little rollerskate that mimicks the original...  then again, maybe not...

Do I feel embarrassed just looking at the pictures? 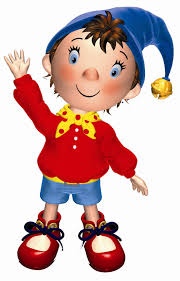