Internally dubbed the ‘GPE’, the prototype uses the racy bodywork of the recently launched JCW GP and is likely to have a similar chassis set-up. However, a lack of exhaust, a blanked-off front grille and a visible badge similar to that of the Mini Electric make it clear that this new car is battery-propelled. 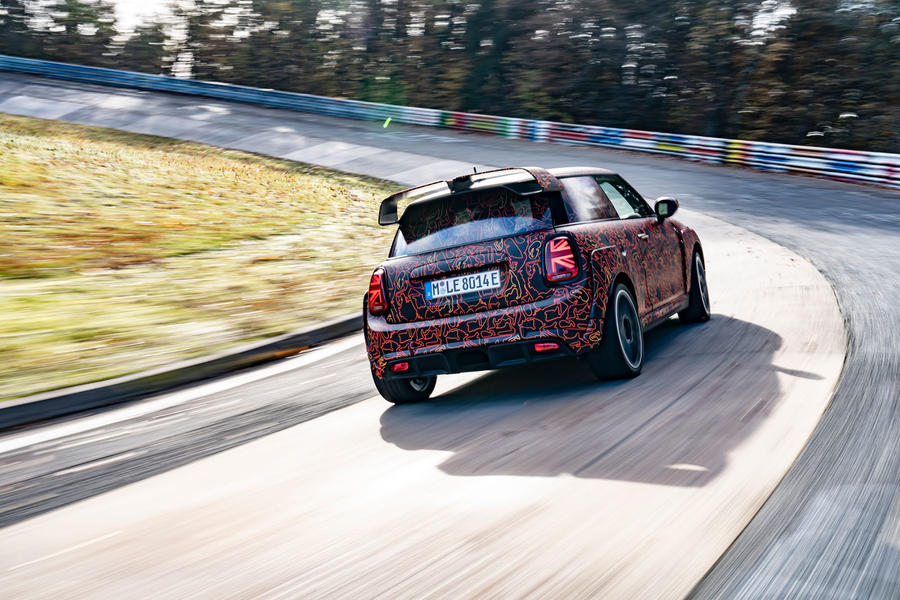 No technical details of electric JCW Minis have been outlined, but the firm says the project will rely on “future Mini vehicle architectures”, suggesting such a model is some way from being launched. However, expect performance to be comparable to – if not better than – the 302bhp JCW GP and the focus to be on offering a hardcore driving experience.

Electrifying JCW was first mentioned during the confirmation of plans to expand and reposition Mini’s line-up.

Key to this are two new models to be built in China as part of a joint venture with Great Wall Motors: an electric crossover EV tipped to revive the Paceman name; and a second generation of the Mini Electric, built on a separate platform from the British-made petrol model. The Countryman will also grow in size and be twinned with the next-generation BMW X1.