BACK TO ALL NEWS
Currently reading: Limited-edition Morgan Plus Four celebrates 60 years of Le Mans victory
UP NEXT
Dacia bosses "fighting tooth and nail" to bring Spring EV to UK

Just 62 examples will be built in tribute to the model that won the 2.0-litre class at La Sarthe
Open gallery
Close

Morgan has unveiled a limited-run Plus Four to celebrate 60 years since its class victory at Le Mans.

The Plus Four LM62 is based on the standard car and is a tribute to the Plus Four SuperSports that won the 2.0-litre class at the famous 24-hour race in 1962.

The LM62’s engine and technical specifications remain the same as that of the standard Plus Four, but several bespoke design changes pay homage to the race-winning car, which originally wore the numberplate TOK 258.

Each car receives dark-green exterior paint with a red hue and a special LM62 decal pack with number 29 roundels in white. The splitter and sports exhausts are finished in black.

For the first time on the Plus Four, the LM62 is equipped with a white hardtop, a feature that also harks back to the Le Mans winner.

Other race-inspired features include an LM62 badge at the rear of the car, silver painted wheels, driving spotlights and a Le Mans-style fuel filler cap. 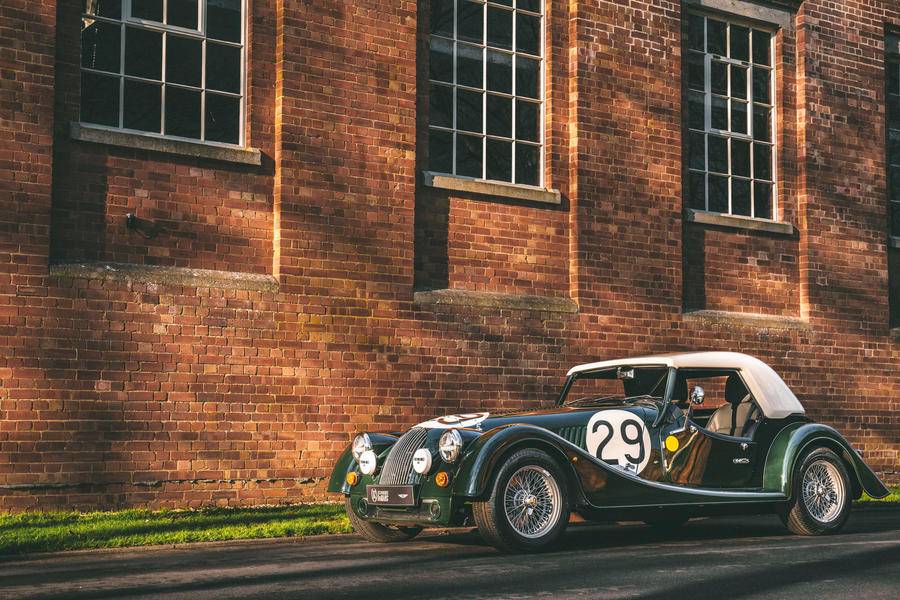 “The 1962 Le Mans class-winning Morgan Plus Four holds a special place in the hearts of Morgan enthusiasts, employees and owners around the world,” said Morgan chairman and CEO Steve Morris.

“It marked one of Morgan’s greatest motorsport achievements, the car covering more than 2200 miles at an average running speed of almost 94mph, and triumphing – like David versus Goliath – over our bigger, and better-funded, rivals of the time.”

Drivers can order the LM62 in right- or left-hand drive with a choice of manual or automatic transmissions. Each model will be priced from £79,995.

Options include a soft-top hood, a photographic set showing the car being built and an accessory pack with a chrome rear-view mirror, two-eared wheel spinners and a Moto-Lita steering wheel.

Log in or register to post comments
uk_supercar_fan 17 January 2022
Yay! Let's celebrate 60 years of not winning. Who buys these relics??
si73 17 January 2022
I would, I can't afford but if I could I would. Especially the three wheeler. Love it
Bar room lawyer 18 January 2022

Yay! Let's celebrate 60 years of not winning. Who buys these relics??

I would, but I am currently too fat to fit in!!