BACK TO ALL NEWS
Currently reading: Lamborghini Aventador SVJ revealed ahead of Pebble Beach
UP NEXT
Lotus Emira vs Porsche 718 Cayman

After a teaser campaign, Lamborghini's new Lamborghini Aventador Superveloce Jota was revealed on social media ahead of its official unveiling at the Pebble Beach Concours d'Elegance.

The Instagram post, made by British luxury car dealer H.R.Owen, shows the front-end design of the flagship Lambo. Additional bonnet vents can be seen, as can a distinctive new rear wing shape.

No details accompany the image, but recently revealed onboard video footage showed the SVJ becoming the fastest production car to lap the Nürburgring Nordschleife circuit.

We've driven the Aventador SVJ - get the verdict here

Not long to go until the official unveiling at Monterey Car Week; here is an exclusive preview of the Aventador SVJ. #Lamborghini #AventadorSVJ

The Italian supercar maker officially revealed the Aventador SVJ at the Monterey Car Week, after an ever-increasing number of teaser videos being posted online. The videos have boasted about the car having “the best aerodynamic efficiency” and claims of class-leading power-to-weight ratios have also been made.

At the front, there’s a significantly larger front splitter than that fitted to the McLaren Senna, and a new rear wing is held in place by two curved arms and a centre arm.

The car also sports a new dual-pipe exhaust system that blows engine waste gases out through the middle of the back end, rather than in the centre of the diffuser like the SV. This new technique, also used by the Lamborghini Huracán Performante, enhances the diffuser’s effectiveness by removing exhaust gases from an aerodynamically sensitive area.

Make no mistake, this lighter, harder Superveloce is finally the car the Aventador was always meant to be 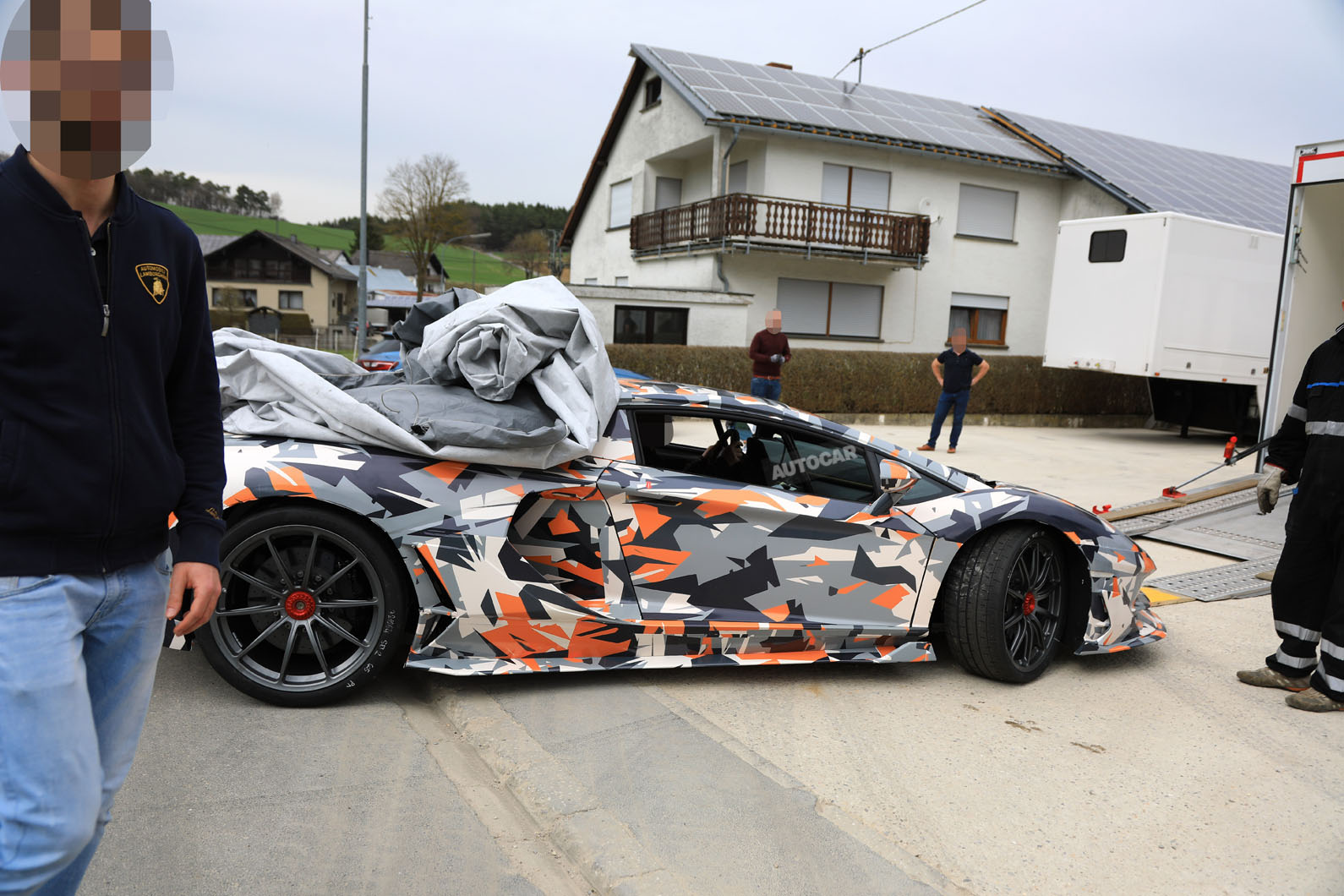 The Aventador S, which arrived in the second half of 2017, produces 730bhp, 40bhp more than the previous version. Applying the same jump to the SV J suggests it could have an output of around 780bhp, which would make it one of the market’s most potent supercars. To put that figure into perspective, that’s 90bhp more the Porsche 911 GT2 RS.

Backing the prospects of this extreme performance is the use of the letter J, which stands for Jota, the Spanish word for the letter J. Jota has been applied to some of Lamborghini’s most hardcore models, including race-homologated versions of the Miura and Diablo. Although the Aventador will not compete in motor racing – Lamborghini’s competition efforts are focused on the lighter Huracán – it emphasises the car’s abilities.

Jota models have a history of being produced in extremely low numbers. No more than 28 Diablo Jotas exist, and just one each of the Miura Jota and a more recent Aventador J were produced. This suggests Aventador SV J build numbers might be kept below the 600 units of the SV. If that’s the case, the SV J’s pricing would likely jump substantially from the original SV’s £321,743 starting figure.

By doing so, they give credibility to a mindless, irelevant, infantile quest that is destroying enjoyable road cars.

I'm appalled by genocide, The Sun "newspaper" and many other things, but "apalled" by a fast car headlining in a car magazine???  FFS etc