This is the electrified version of the E-Type, driven in prototype form but set to be offered by Jaguar Classic alongside the restored 'Reborn' versions of the iconic sports car that it already sells.

The production versions will have some detail differences, but we're told that the concept — experienced briefly during Monterey Car Week in the US — offers a pretty much identical experience.

Intriguingly, the use of an electric powertrain that shares its dimensions with the E-Type's original six-cylinder engine and gearbox means it will ultimately be possible to electrify other cars that were powered by the classic 'XK' engine.

The 40kWh battery pack uses the same modules as the Range Rover P400e plug-in hybrid, but has twice as many of them, as well as a higher energy density. This occupies the space formerly occupied by the engine and drives a 190kW motor that sits where the E-Type's original four-speed gearbox used to, driving the rear wheels through a single-speed reduction gear and the original differential.

The modular unit requires no changes to be made to the E-Type's core structure and Jaguar is even offering buyers the chance to save the original powertrain in case they ever want to swap back. It also means that the electric E-Type can continue to use the same suspension and brake components as the donor car; the total weight of the electric powertrain being less than 300kg, slightly under the mass of the original engine and gearbox.

There have been other changes, of course. Control electronics are located under the boot floor in the space previously occupied by the spare wheel. A charging port sits under the original fuel filling flap, although Jaguar Classic's team say they are considering moving this forward for production versions, with most charging infrastructure designed for plugging cars in at the front.

The prototype also gets a new digital instrument pack, as well as a central touchscreen that gives control of the entertainment system but also allows for various switchable driving modes, including the ability to limit power output — a sensible precaution given the total lack of any traction or stability control and the motor's ability to deliver its peak 331lb ft of torque from a standing start.

Jaguar claims a range of just over 200 miles in optimum conditions and around 150 miles in regular use; the car has done up to 170 miles on a single charge during testing.

As befits the car's likely status as a weekend toy rather than everyday transport, there is no fast-charging ability; this would have required active cooling of the battery pack and therefore an increase in weight, with a 7kW charger translating to a time of around five hours to replenish the pack (and longer from a domestic socket). 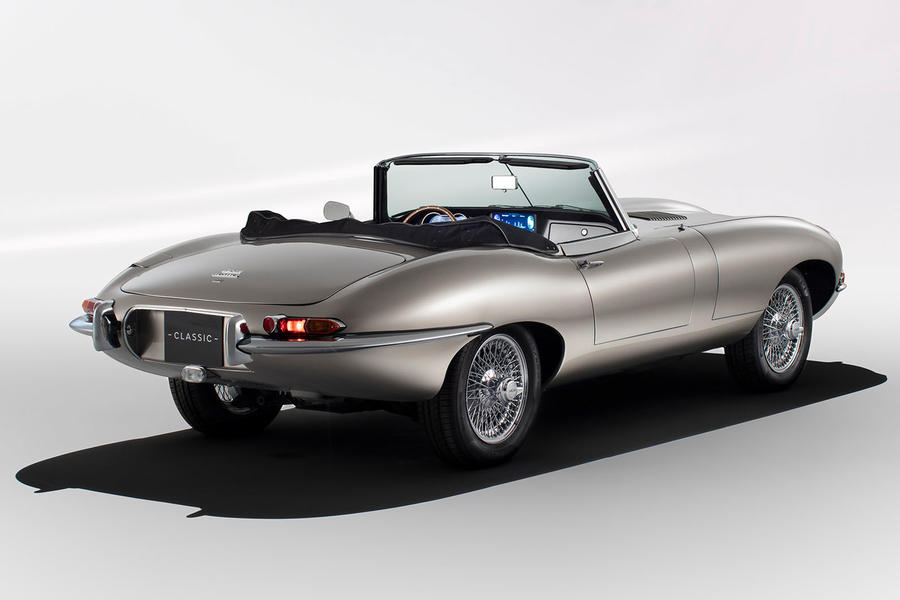 The very idea of an almost noiseless E-Type might seem sacrilegious, but the ion-fuelled powertrain suits the car surprisingly well.

Our drive was conducted at modest speeds on the streets of Monterey in California, but it still gave the chance to experience both the seamless torque and — under bigger throttle openings — a surge of acceleration that felt entirely appropriate for the car.

The motor produces some distinctive whine under acceleration, but the surprise was that — despite the lack of an internal combustion soundtrack to mask them — there were no creaks or squeaks that might be expected from an old car on poor surfaces.

The standard E-Type's softish suspension settings cope well with rougher surfaces and the Concept Zero's near-identical weight distribution means that it handles almost exactly like the donor car. The prototype uses the original car's unassisted steering, which is heavy at manoeuvring speeds but delivers plenty of feedback once on the move; the plan is to offer buyers the option of electrical assistance that, given the scale of the changes wrought to the powertrain, would not feel out of place.

The stock brakes are entirely adequate, although the pedal feels a bit mushy to modern tastes. The prototype doesn't have any regeneration — which would be hard to manage on low-grip surfaces given the lack of stability control or anti-lock braking — but the plan is that production versions will have a very modest amount.

The digital instruments and modern switchgear for the wipers and headlights do feel incongruous, with the rev counter being in effect redundant with the lack of a need to change gears. Again, Jaguar will offer buyers the choice of a more traditional instrument pack that might be more in keeping with the character of the car. The prototype also lacks any heating or ventilation system beyond that provided by the open roof, while finished cars will have heating through an electrical system. 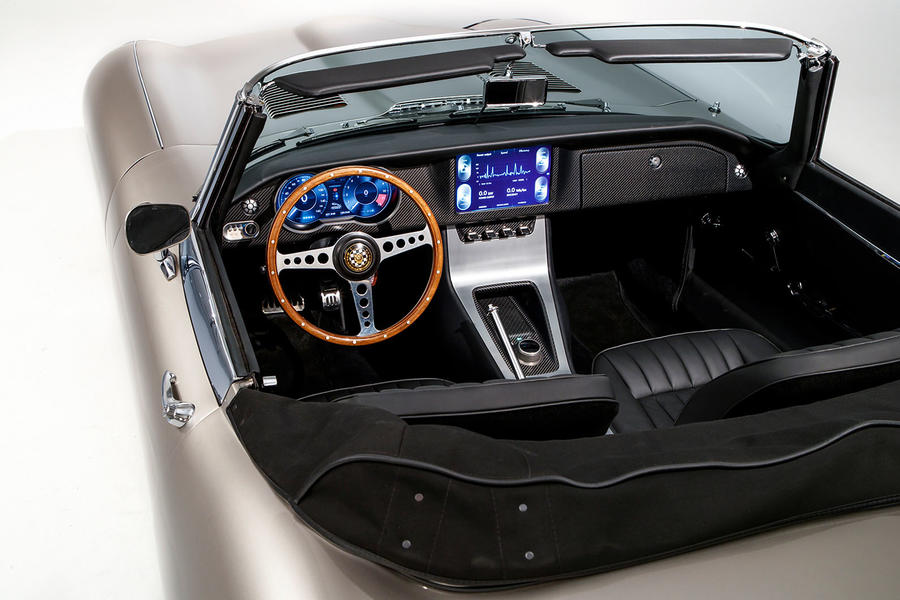 Should you buy one?

Jaguar Classic says that there has already been enough interest in the concept to ensure meeting that demand will be sufficient to cover the project's considerable costs.

Buyers will have a choice between converting an existing car, which will cost around £60,000 before tax if the vehicle is in good enough condition to require no additional work, or alternatively allowing Jaguar Classic to source a donor vehicle that can then be rebuilt to the owner's own specification, at a cost of around £300,000.

While that is a large amount of money, it's pretty much exactly what a 'Reborn' E-Type would set you back, with the powertrain transplant allowing less originally intact cars to be used. There have been other aftermarket electric classic conversions, but none as well engineered as this one.

10 Jaguar E-Types to be restored under JLR's 'Reborn' programme 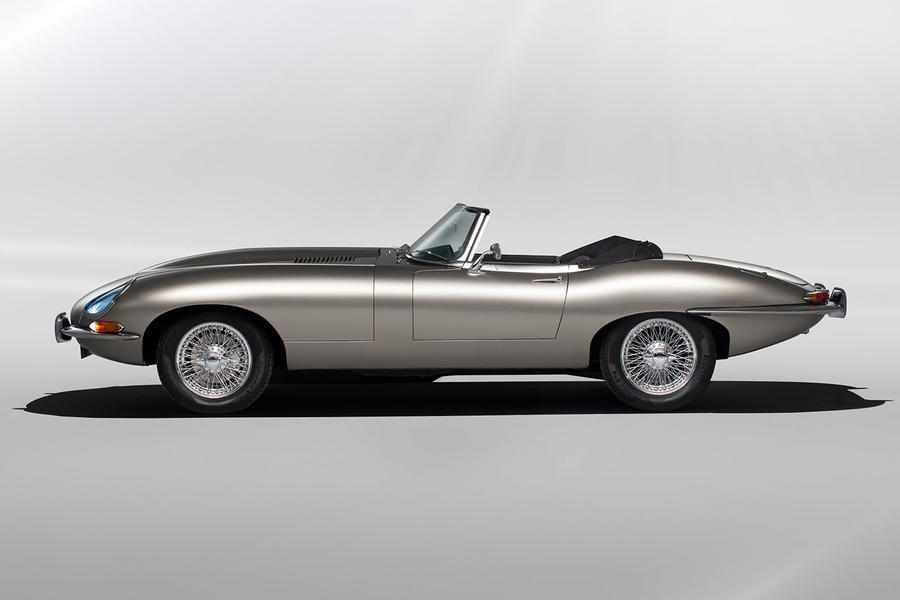 No sweet and delicious exhaust note in an e-motor... kinda like having sex but orgasm is not allowed

The price is a bit to high

The car looks beautiful, but the price... my God!

what Ed China did with a Maserati when he dropped an electric power unit in. The cost was nothing like as exorbitant.

I would want a new rolling chassis with aluminium panels along with the battery power for the price.