BACK TO ALL NEWS
Currently reading: Iconic Volvo P1800 reborn as 414bhp continuation special
UP NEXT
From supercars to SUVs: Maserati's do-or-die revival plan

The continuation car was designed as a road-legal version of an imagined Cyan Racing track car from the 1960s, and as such goes without modern driving aids such as stability control, anti-lock brakes or brake boosting.

It has, however, been comprehensively re-engineered to offer significantly enhanced performance, dynamics and drivability. The original car’s naturally aspirated four-cylinder engine, for example, has been swapped out for the turbocharged 2.0-litre unit used in Cyan Racing’s 2017 Volvo S60 TC1 racer, which revs to 7700rpm and gives the P1800 a substantially increased 414bhp and 336lb ft.

To preserve some of the original car’s driving experience, the engine has been tuned to offer linear power and torque delivery, which Cyan claims are “the characteristics of a normally aspirated engine”, while still giving increased performance and precision. 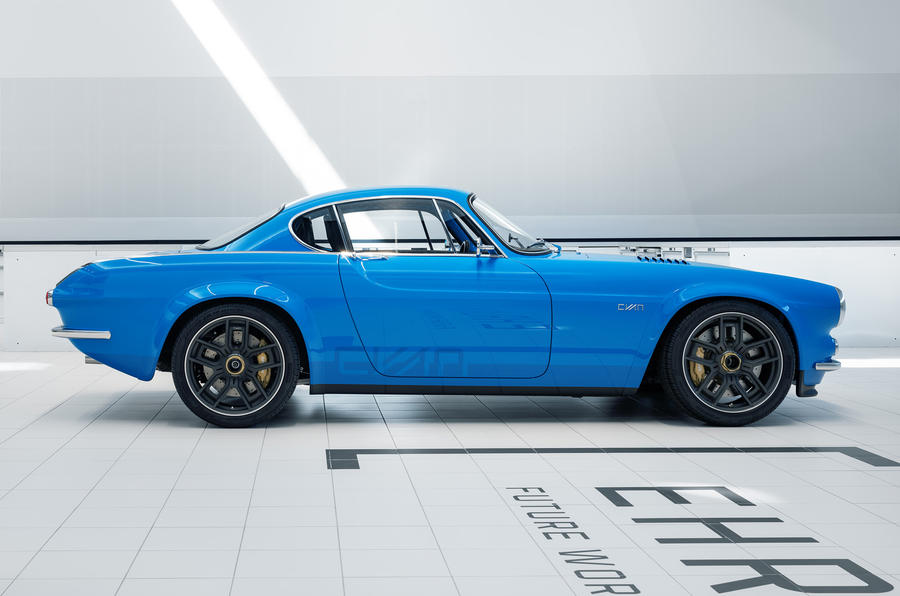 A range of engines were considered for use in the P1800 Cyan, including Volvo’s revered Red Block and five-cylinder turbo motors, but Cyan chose the newer VEA motor because it's familiar from the team's motorsport efforts.

The engine is mated to a bespoke five-speed gearbox from race engineering firm Holinger, which is said to give the same “mechanical feeling” as the original unit while offering more precise changes and durability. Power is still sent to the rear wheels, but the P1800’s live axle has made way for a bespoke independent rear suspension set-up that, like the front end, is fully adjustable.

A limited-slip differential with torque-biasing functionality has also been fitted, with a gearing set-up that combines capable circuit performance with "civilised" on-road behaviour.

To accommodate the enhancements, the P1800’s greenhouse has been repositioned, its track widened and its body reinforced with high-strength steel.

Its underpinnings have also been overhauled with a focus on engagement and lightness. The hydraulic suspension at each end comprises aluminium uprights, double wishbones and two-way adjustable dampers, while carbonfibre chassis reinforcements add stiffness with minimal weight penalty. 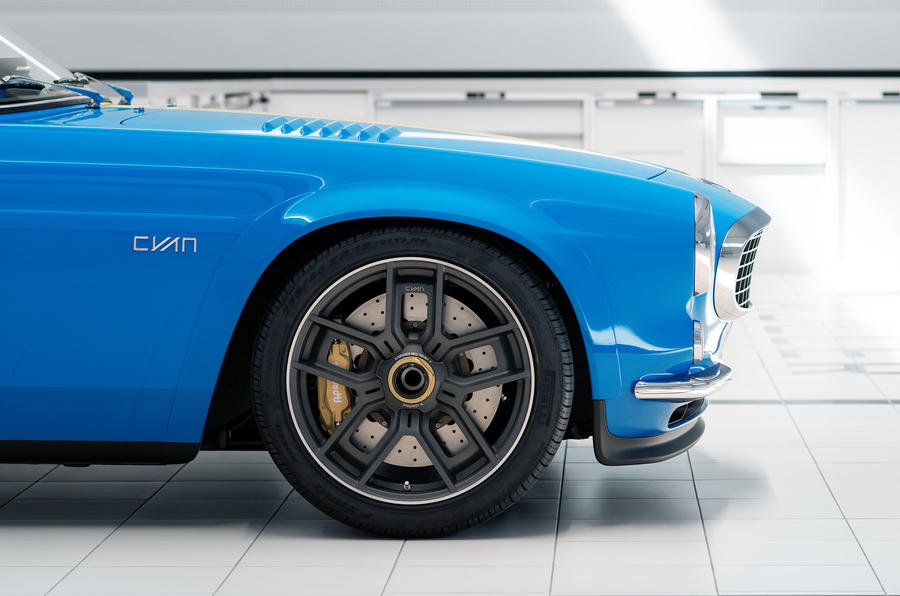 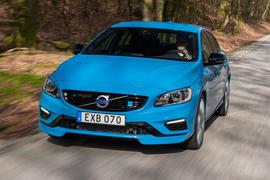 Overall, the continuation car tips the scales at just 990kg – around 150kg less than the original P1800.

The P1800 Cyan sits atop a set of 18in forged rims wrapped in Pirelli P Zero performance tyres, which cover a set of sizeable steel brake discs and four-piston callipers.

Cyan benchmarked its new creation against the 2010 Volvo C30 Polestar Performance Protoype, its first road-going car. Head of engineering Mattias Evensson said Cyan wanted to “reconnect” with its first road car, as well as “carry over some of the driving feeling and performance availability”.

Cyan CEO Christian Dahl said: “Our company was founded in 1996 to race Volvo cars in Sweden, and the Volvo P1800 Cyan is closing the circle for us. “We claimed our first world title with Volvo in 2017 and have since then won two further world titles with two other manufacturers. The first world title was a milestone for us, and we felt it was a good time to reconnect with the past and to those before us racing Volvos. The first Volvo P1800 Cyan carries our blue and yellow racing colours to mark our heritage.”

Cyan Racing, which previously operated as Volvo’s Polestar performance division, has won the World Touring Car Championship for the past three years in a row, most recently in 2019 with the Lynk&Co 03.

Ive never been one for old cars, but that has got to be the best looking thing I've seen in a long time

imagine this with the P1800ES break body-style. Fantastic

Now I'd like someone to reinvent the Escort MK1 and Triumph Dolomite Sprint. But with realistic prices.

Looks remarkably like the spy pics of this car in Sweden a few weeks back on Autocars web page?

I would love to know

the performance figures 990kg and 414bhp is serious power to weight..

You almost defended the twice

3 September 2020
You almost defended the twice the price eagle E type, why is this any different?

It is still a stunning looking car that again if I had the means I would love to have. Just wish someone could do something similar for considerably less.