BACK TO ALL NEWS
Currently reading: Hyundai lines up 17 models and new platform in £12bn EV push
UP NEXT
Volkswagen ID Aero is EV Passat equivalent with 385-mile range

Hyundai will introduce the second generation of its E-GMP electric vehicle architecture in 2025, which will bring standardised battery and motor systems with a view to reducing manufacturing costs.

The new Integrated Modular Architecture (IMA) will be used for both passenger and 'purpose-built' commercial vehicles and is promised to improve driving range over the current E-GMP platform, used by the Hyundai Ioniq 5, Kia EV6 and Genesis GV60.

It will replace the E-GMP's variable battery packs with standardised cell-to-pack units, which can be 'flexibly' integrated according to the vehicle's needs. This construction method boosts energy density, Hyundai claims, and thus charging times.

The new platform was detailed as part of Hyundai's Investor Day presentation, at which the company outlined an ambitious £12 billion strategy to increase its annual EV sales to 1.87 million units, equating to a 7% market share, by 2030. Previously, the company said it planned to be selling 560,000 EVs by 2025.

As well as ushering in a new EV platform, Hyundai said it will introduce 17 battery-electric cars – of which 11 will be badged Hyundai and six from luxury brand Genesis – in the next eight years. 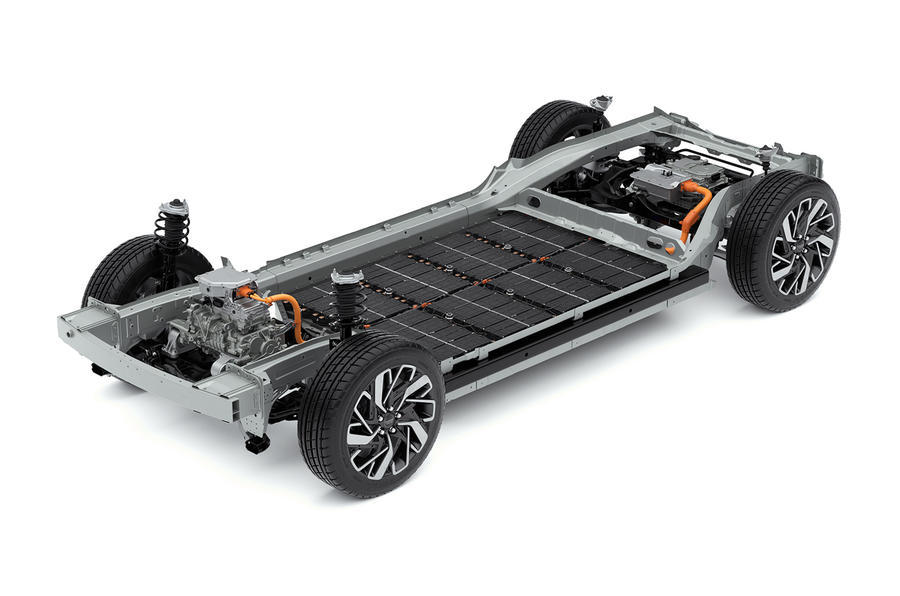 New architecture will replace E-GMP (above)

Three of the Hyundai EVs will be saloon cars (one of which is the upcoming 2022 Ioniq 6), six will be SUVs, one will be a light commercial vehicle and another will be a "new type model" - with no further details given as to its positioning. The Hyundai Ioniq 7, a large flagship SUV, has been confirmed for a 2024 launch.

Genesis, meanwhile, will launch two low-slung cars and four SUVs, beginning with the Electrified GV70 later this year. The brand will launch only pure-electric cars from 2025.

To support this rapid transition to all-out electrification, Hyundai plans to establish "a high-efficiency manufacturing process for BEV production". The company's Singapore-based Innovation Centre has been charged with building a "human-centred manufacturing innovation platform".

Hyundai says this new production model will dramatically enhance efficiency, flexibility and automation - and it will be rolled out to its global plants thereafter.

With regard to the batteries needed for its EV onslaught, Hyundai said it will obtain half of its "next-generation lithium batteries" via new partnerships with global battery manufacturers from 2025 and is aiming to secure 170GWh of batteries in the run-up to 2030.

It has also confirmed that it is working with several unnamed global partner firms on boosting energy density and cost efficiency and has hinted at plans to introduce solid-state batteries.

On the software side, an area to which Hyundai has pledged the equivalent of £7.5bn, the company will start updating its new cars over the air towards the end of 2022, expanding the functionality to all models by 2025. It plans to generate 30% of its sales revenue through software-related businesses from 2030.

It has also pledged to introduce level three autonomous functionality to the Genesis G90 luxury saloon, in the form of a new 'Highway Driving Pilot' function, in the second half of 2022.