BACK TO ALL NEWS
Currently reading: Hot Toyota Corolla 'GR' hybrid on the cards
UP NEXT
New 2021 Honda HR-V: 129bhp hybrid powertrain detailed

Toyota is expected to offer a hot hatch version of the new Corolla as part of a strategy to reintroduce high-performance models to its range.

While a GR (Gazoo Racing) model has yet to be confirmed, insiders reckon that a hot version will "inevitably" be offered as part of company boss Akio Toyoda’s mission to bring more interesting and desirable cars to market.

Both the C-HR Hy-Power concept shown at the Frankfurt motor show last year and the Gazoo Racing Yaris Sport, displayed with the Le Mans-winning Toyota and the new Supra coupé, illustrate the direction being taken. So does the fact that the new Corolla is already available with a choice of two hybrid powertrains, the more powerful of these providing 175bhp. 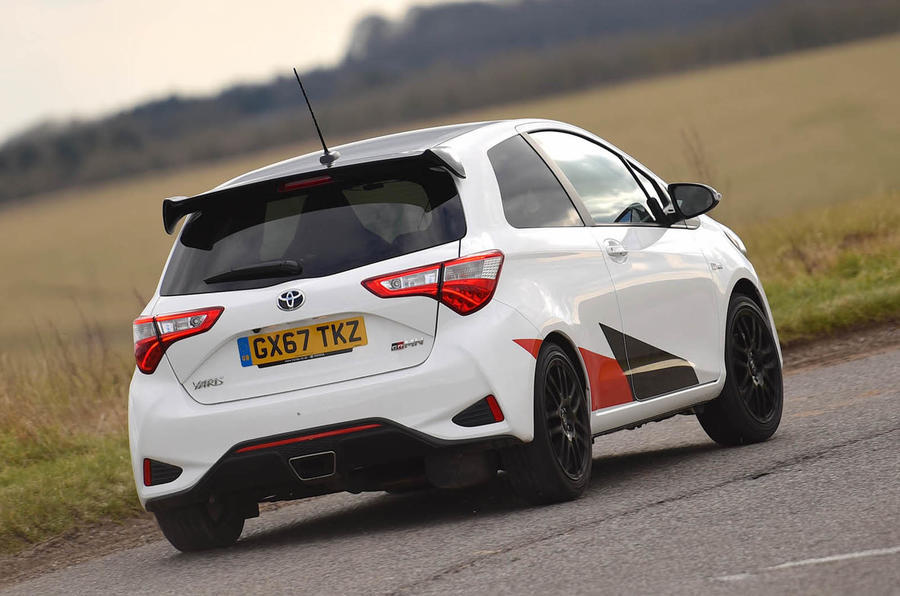 Also significant is that the new Corolla is based around the Toyota New Global Architecture (TNGA) platform, which offers a usefully lower centre of gravity and wider track than that of the outgoing Auris – features that improve its basic dynamic performance before any special tuning is carried out. The improved dynamics of this platform are one reason why Toyota is already offering a higher-powered hybrid option with the car.

Toyota will also be keen to link the brand-sharpening effects of its World Endurance Championship, World Rally Championship, Nürburgring and Dakar activities to the Corolla, which will complement the GT86 and tuned Yaris models already in its performance portfolio.

That Hyundai has embarked on an already successful assault on the hot hatch market with its i30 N won’t have gone unnoticed either. Given that Toyota has already sold a limited-edition GRMN version of the Yaris that uses the same supercharged 209bhp 1.6-litre engine found in the Lotus Elise, it’s highly likely that a Corolla GR would be offered with a hybrid powertrain more potent than this. Indeed, an output of at least 250bhp will be essential if the car is to be competitive with established rivals such as the Seat Leon Cupra.

Toyota Gazoo racing: what the heck is a gazoo anyway?

About bloody time too

I raced toyotas for the better part of 12 years in the cruel terrains of Greece (Acropolis included) and started with the sweet crazy Starlet (rear wheel drive - steering ;ike a piece of string - 200% unbreakable) and then progressed through Corolla range to be the first to chuck the Corolla Gti front wheel drive into the Acropolis. Amazingly finishing one of the hardest events ever. 142 starters - 35 finishers Delighted to see the management got their house back in order. This looks a very WRC possibility. Gazoo or no Gazoo - loads of independents out there will be fettling them for club level

Yaris that uses the same

CVT. 3 little letters you never want to see associated with a performance car. Now if Toyota want to produce something like the manual Honda IMA system, but with a bigger electric motor it could be great, but is there a market for such a thing? Even Honda have given up making a desirable hybrid.

CVT. 3 little letters you never want to see associated with a performance car. Now if Toyota want to produce something like the manual Honda IMA system, but with a bigger electric motor it could be great, but is there a market for such a thing? Even Honda have given up making a desirable hybrid.

Whilst I agree a performance car is better with a manual, cvt isnt as bad as the motoring press make it out to be, the typical comment being the high revs as the car accelerates to catch the engine speed, the 2 cvts I've had have been hondas, a jazz and an insight, both had manual control via paddles, using these when accelerating hard, like on a motorway slip road, removed the cvt high rev complaint completely as every time the revs rose high I pulled a paddle and the revs dropped just like changing gear. Having also driven a new civic cvt, in auto mode it replicated gear changes so the revs rise and fall as they would with a torque converter auto. The option would be nice though as my current crz is manual and was also available as an auto, outside the uk, so choice is what is needed. Cvt also appears more efficient than dual clutch autos, its also less complicated and more reliable, well at least appears to be.