BACK TO ALL NEWS
Currently reading: Honda Civic saloon to go on sale in August, priced from £19,395
UP NEXT
Volvo C40 Recharge electric coupé-SUV arrives with 402bhp

Honda has confirmed that its Civic saloon will be priced from £19,395 when it goes on sale here in August, marking a return for the model to UK showrooms for the first time in seven years.

Honda’s Swindon plant builds the Civic hatchback (which has a starting price of £18,895) and Civic Type R hot hatch for global markets, but the Civic saloons will come from Honda’s production facility in Turkey.

Two engines will be offered in the saloon: a 127bhp 1.0-litre petrol and 118bhp 1.6-litre diesel. The former will be available with a six-speed manual or CVT automatic gearbox, while the diesel will offer a choice of the same manual or a nine-speed automatic. 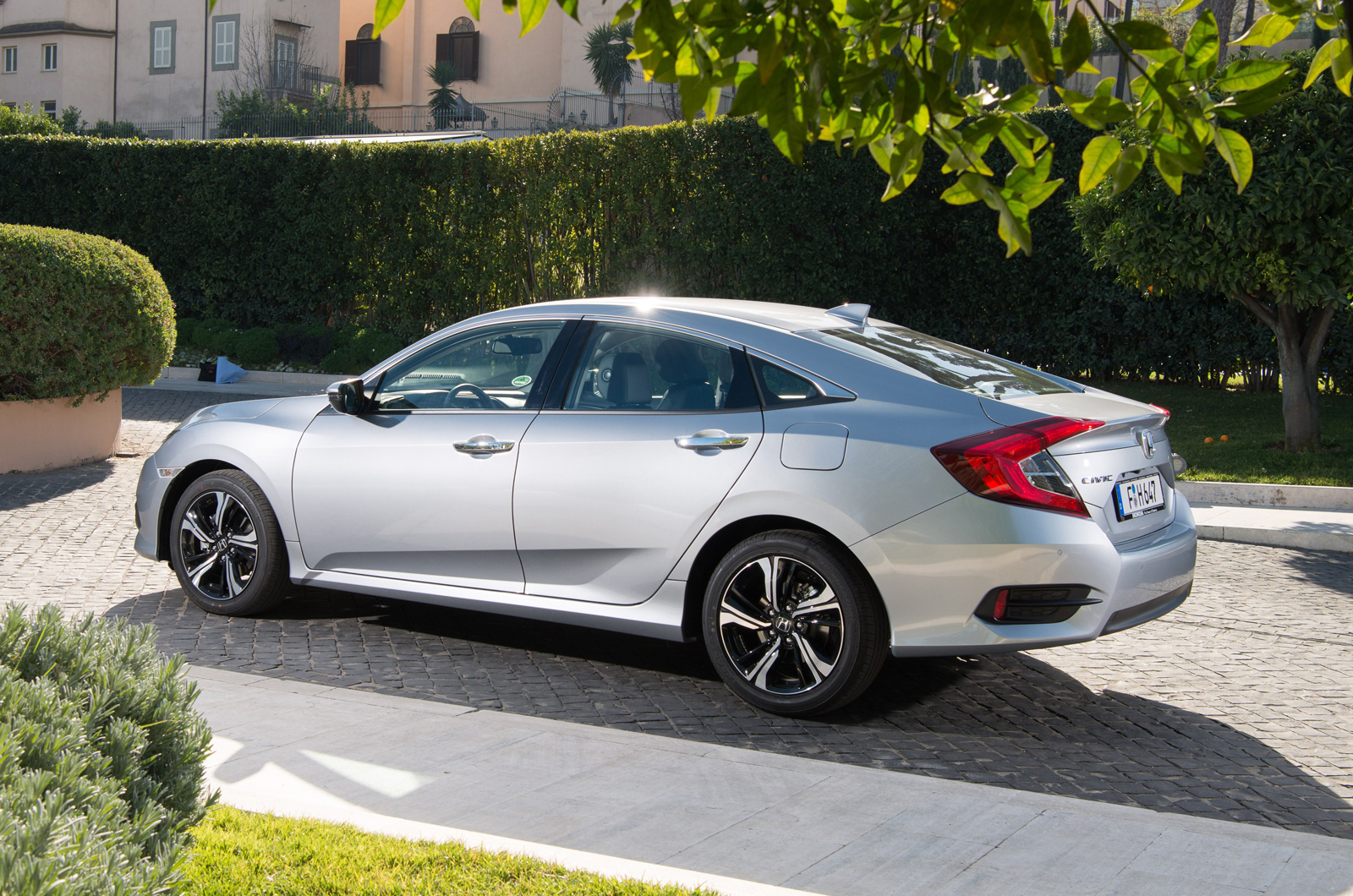 Honda is yet to reveal whether the engine line-up will grow in future (the hatchback has two more petrol options), or whether it could receive the hybrid powertrain that's set to arrive in the brand's new CR-V SUV. The previous Civic saloon was sold in Britain exclusively with hybrid power.

Much of the Civic saloon's appeal will come with its greater interior space. Leg room for the saloon is 1074mm in the front and 950mm in the rear. It can swallow 519 litres of luggage, 99 litres more than the hatchback. 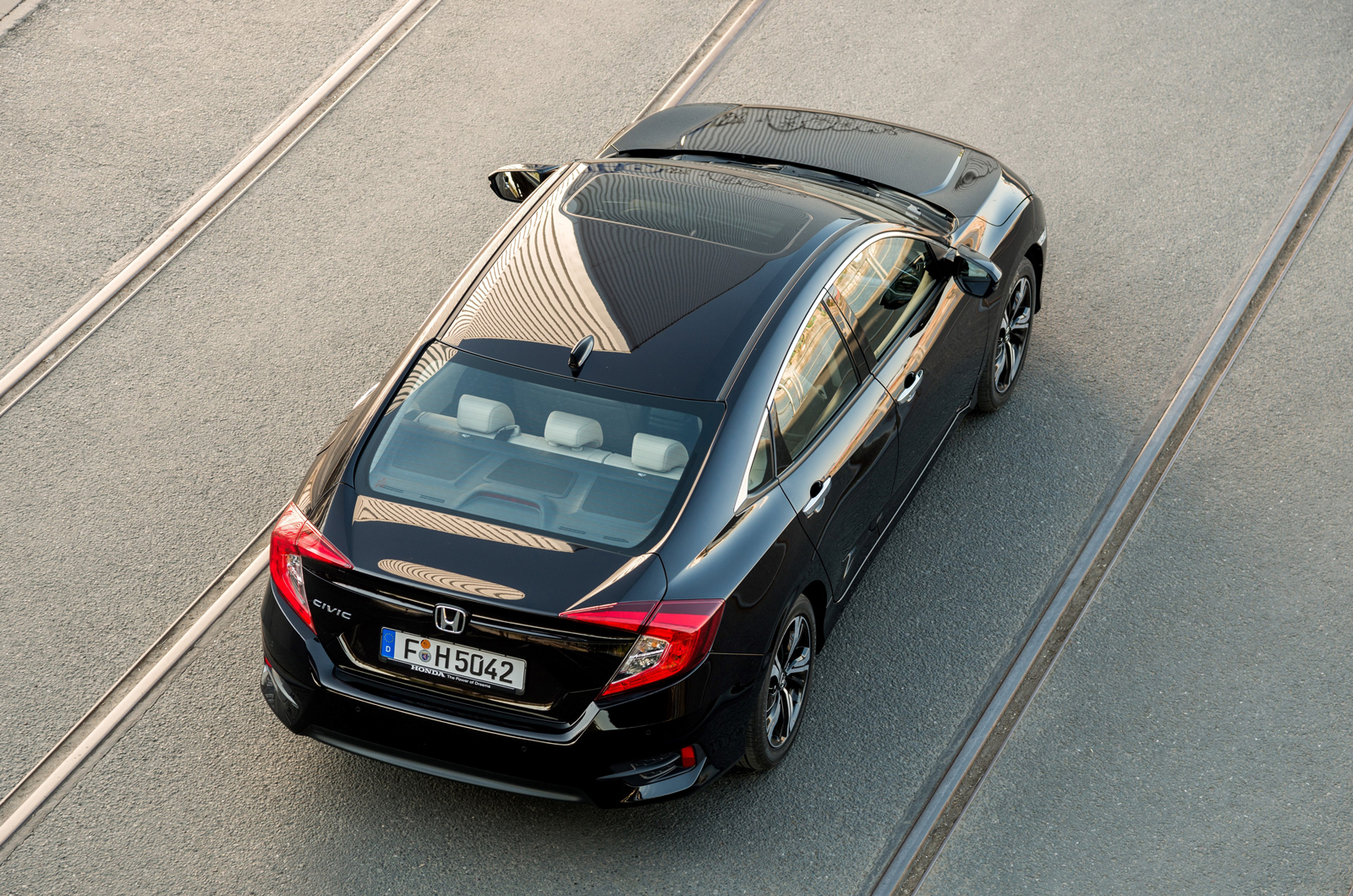 Trim levels for the saloon will mirror the hatchback; the starting price is applied to cars of SE spec, with SR and EX sitting above this. All variants come with a suite of driver assistance technology, including automatic emergency braking, lane-keeping assistance and adaptive cruise control. CVT and automatic models get low-speed following capability, too.

A Honda spokesman said that the new four-door variant "completes the line-up for the Civic family in the UK". He continued: “With the hatchback and four-door now available, we have a strong Civic range, whether it’s a corporate or retail customer looking for a car.”

The new Civic saloon is the first Honda saloon sold in Britain since the Accord was axed in 2015. It's expected to account for only a small percentage of overall Civic sales here, because demand for hatchbacks is typically much higher.

It looks ok, I'm not a fan of the new Civic hatchback but I don't see why saloons are popular unless its some misguided notion that they are somehow more executive.  It just seems odd to buy something that is practically identical to drive but less useful to live with. Sure practicality isn't everything but I had a saloon many years ago and the one time I did need to get something bulky home it was useless.

I've just checked and the production capacity in Turkey is limited to around 50,000 units a year (relative to about five times this number from Swindon). This probably explains the limited 4-door model range and Honda (UK)'s apparent reluctance to sell it...

Great, another Japanese car that looks like an off-brand toy designed by someone who has never seen a car before. Performance aside; Honda, Toyota, Nissan, etc have zero personaility in their design language.