BACK TO ALL NEWS
Currently reading: New Aston Martin Valkyrie gets track-focused bodywork option
UP NEXT
Renault Scenic returns as radical EV with hydrogen range extender

Aston Martin’s Valkyrie – the £3 million hypercar that has grown out of the Gaydon company’s close links with Formula 1 guru Adrian Newey and Red Bull Advanced Technologies – will be made available with the most extensive selection of ‘Q by Aston Martin’ equipment ever offered, insiders claim.

Aston’s unique personalisation service will include a special set of super-aerodynamic body panels, called the AMR Track Performance pack, which is capable of cutting circuit lap times by around 8%. The pack can be fitted to a standard car by specially trained Aston mechanics “in a couple of days” and brings the car even closer to Newey’s aerodynamic ideal but can’t be road registered. 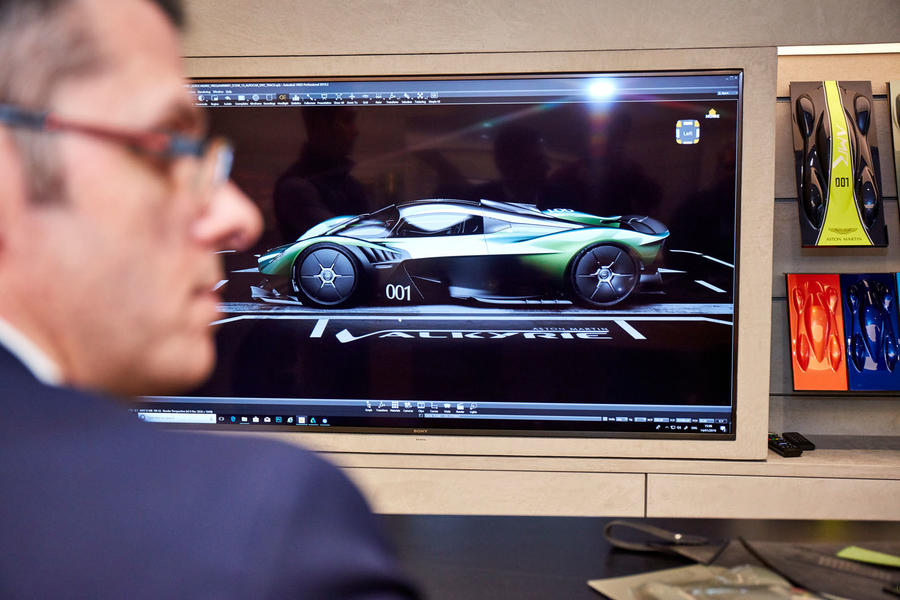 The AMR pack features a different front clamshell that provides a major increase in downforce, plus replacements for all other exterior panels, a set of ultra-lightweight titanium brakes, an even more track-focused suspension set-up, a set of matt black magnesium wheels and carbonfibre wheel discs to cut drag further.

Aston says the car’s aero package has been designed using CFD (computational fluid dynamics) and no wind tunnel testing, so final values for drag factor, frontal area and downforce have still to be calculated.

Buyers will be able to order their cars in any existing Aston colour, but four unique metallic colours are also being offered, along with three more lightweight paint colours. These add only about 0.7kg to the car’s overall weight, compared with the “3kg or 4kg” extra for a regular paint job. 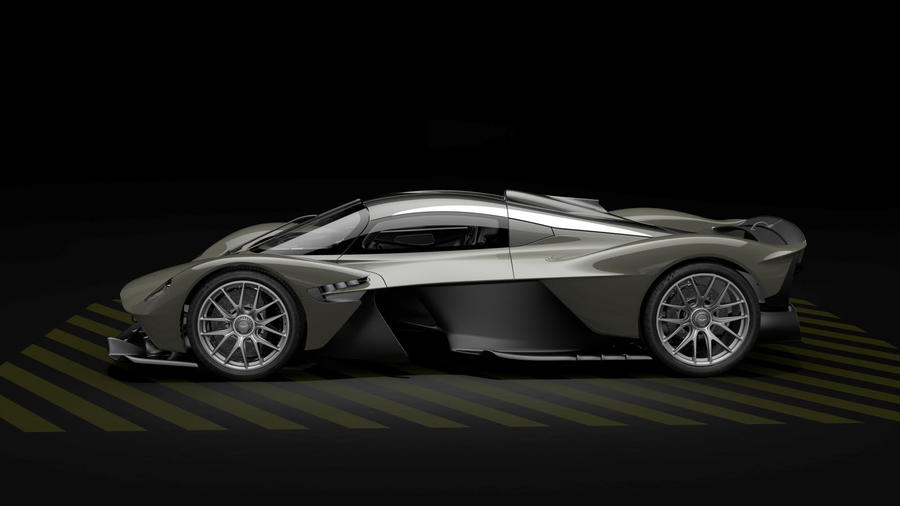 Interiors can be trimmed in a wide variety of materials and textures, but most buyers so far are likely to take their cars with bare carbon interiors, with judiciously placed pads, mounted directly to the tub, providing support and comfort. 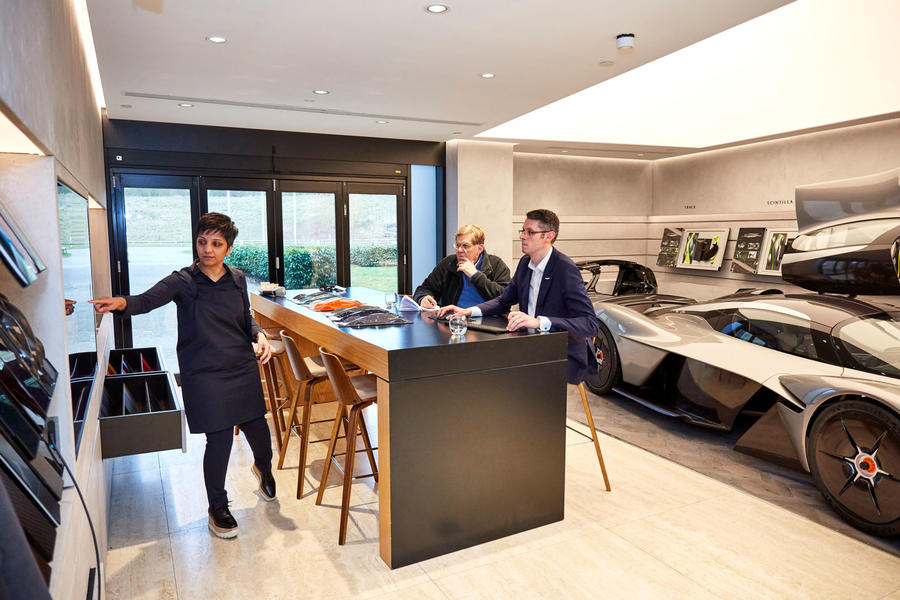 Combined with a braking energy recovery system (sourced from Rimac), the car should have around 1130bhp on tap. Given Newey’s early ‘1:1’ target – one horsepower per kilogram – this suggests the Valkyrie will weigh a little over 1100kg at the kerb. Acceleration figures are yet to be revealed, but in top-performance guise, the car is believed to be capable of around 250mph.

Around 30 Valkyrie buyers have so far visited the company’s Gaydon HQ to lay down their cars’ specifications, to be fitted to their driving seats, and either to choose track pack liveries or to configure a second car for track use. Aston expects to meet the rest of its buyers through 2019 and to deliver the first cars at the end of the year, before the even harder-core Valkyrie AMR Pro appears in 2020. 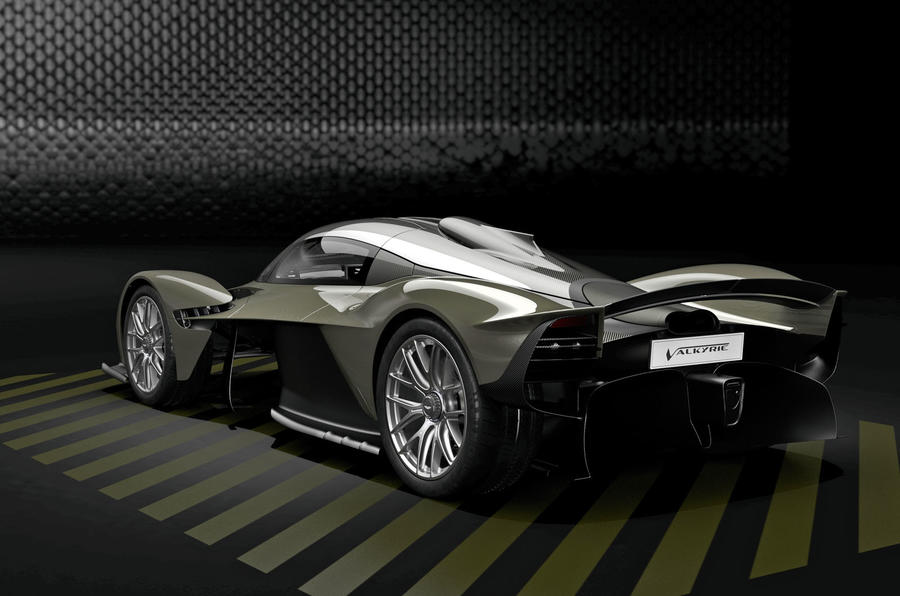 Making it your own

If you’re truly, honestly intending to buy an Aston Martin Valkyrie, there’s a special process you’ll have to go through. Nestling in a special room inside the firm’s Gaydon HQ is a very complete-looking mock-up of a Valkyrie, surrounded by drawers neatly fitted with trim samples, and wall displays of little car-shaped paint samplers, to allow buyers to understand what they’re getting.

When I called, I was met by CGI artist Stuart Boote, who effortlessly drove a super-configurator to portray my paint and spec preferences, and colour/trim designer Alka Bradford, who showed what was possible and steered me away from obvious mistakes. 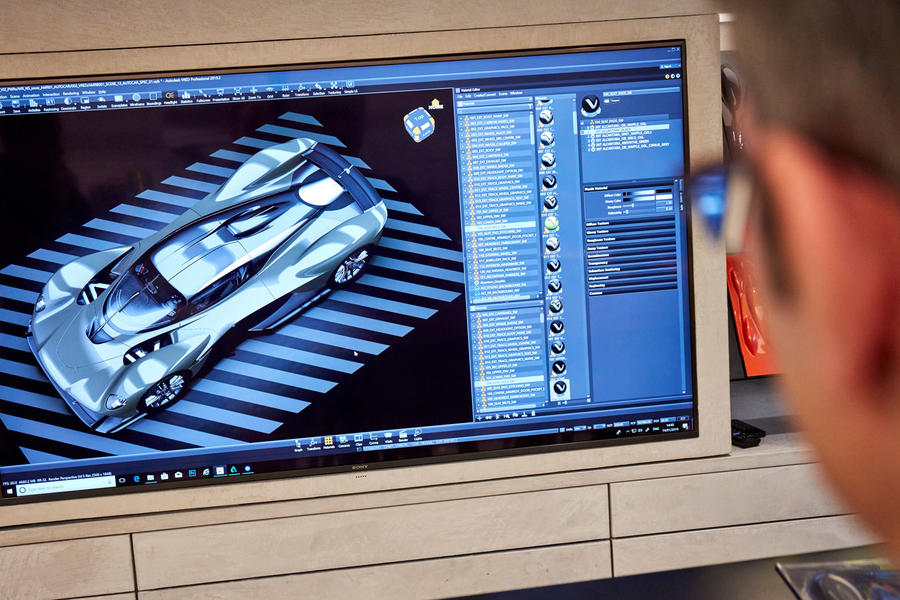 Fearing that a loud treatment would overpower the car’s subtle shape, I opted for an Arden Green (lightweight) body paint, dark silver cant rails and visible suspension bits, track carbon (chequered) treatments for the lights and instrument panel, gunmetal for the wheels and machined titanium switchgear inside the cabin with ‘e-grip’ black Alcantara providing the minimalist upholstery.

For my track pack panels, we changed to Stirling Green, a metallic colour that refers to great cars of Aston history and the famous racing driver who helped create it. With the new magnesium wheels and their carbon covers, it looked magnificent. Which made it a shame, I thought, that this was only ever going to be a saved configuration in a computer.

Aston martin was the new

Aston martin was the new model of the car that will have all preparation on this they work among their body work option on this. I need to have this so I visit https://essaysoriginreview.com/mymathgenius-com-review/ this was belong to them they also have a registration form on this that was useful to get among this part.

To be utterly honest....

Great though this Car looks, and I said so, it’s really only going to be a Track Car, it’s going to way to impractical Day to Day, the Roads in the UK aren’t good enough for taking this Car out,no, most will be Track only, the ones that go to the Middle East might see some Road action though.....

Of course it is too

Of course it is too impractical to be used day to day.  What an epic statement of the obvious.

Why is this site populated by people who think it is impossible to find a nice and reasonably empty road to drive on?  I live in Somerset, and it really isn't that hard.

I really fail to see the appeal in driving round in circles on a track for no obvious reason.  It's fun for a bit, but get boring pretty quickly if you're on your own.

Henry Catchpole's video on the engine over at Carfection is well worth a watch.