Yamaha has launched a new sports car at the Tokyo motor show, with the car's underpinnings created by McLaren F1 designer Gordon Murray.

The Japanese motorcycle manufacturer has released few details about the car, although it is known that the car is called the Yamaha Sports Ride Concept and that Murray has pioneered a new variation of his iStream manufacturing system to create it using radical new carbonfibre technology. However, Murray is not behind the concept car's design, which was led by ex-Toyota designer Dezi Nagaya.

"It took about five months from design to realisation," said Nagaya, who worked with a Japanese-English design group called Design & Realizations, based in Shizuoka. Nagaya also strongly credited Gordon Murray Design for its part in the project, and highlighted several design touches that had been inspired by Yamaha motorbikes. 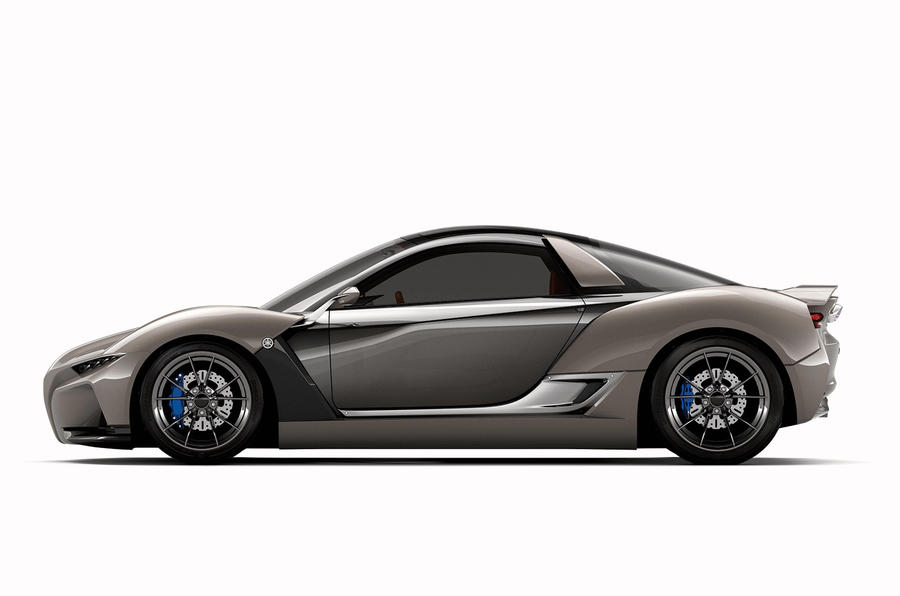 The new manufacturing system is derived from Gordon Murray Design’s iStream manufacturing process but replaces the glassfibre content with carbonfibre. It has been developed in conjunction with Japanese firm Toray, for whom Murray designed the Teewave sports car in 2011, and sandwiches a honeycomb paper core with two carbonfibre skins.

The weight of the Yamaha Sports Ride Concept hasn't been revealed, but it is believed to be significantly lighter than 900kg. The cost of producing a chassis is closely linked to the volume of cars being produced and the up-front investment required, but Murray said the system can be employed profitably for production volumes of between 1000 and 350,000 cars. As such, it is believed the Yamaha Sports Ride Concept could be priced competitively against the likes of the Lotus Elise, at around £30,000.

Yamaha has not commented  on the powertrain used by the  Sports Ride Concept, although it could combine Murray’s chassis with an uprated version of the 1.0-litre three-cylinder engine that was mooted for its city car design, the Yamaha Motiv, which was first shown in Tokyo two years ago.

That engine was tipped to produce 70-80bhp, but if uprated beyond 100bhp in an entry-level form would be likely to give the car a power-to-weight ratio in excess of 140bhp per tonne, which is around that of an Elise. 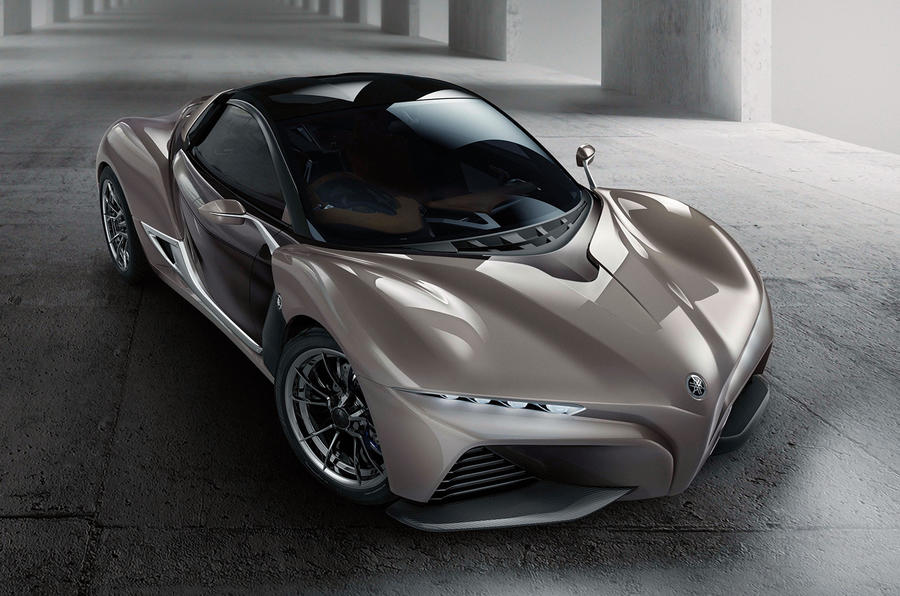 The Sports Ride Concept follows Yamaha’s 2013 Tokyo show concept, the Motiv, which used Gordon Murray’s iStream car creation process to underpin a rival for the Smart micro-car. Yamaha’s general manager of innovation, Masato Suzuki, confirmed at the time that different body styles were possible - and Murray himself confirmed that a convertible and a sports car could be spun off the technology. Indeed, sketches of both of these vehicles were present in a video loop shown during the Motiv’s presentation.

“The manufacturing system allows for a longer, wider vehicle and many other modifications, without significant additional costs,” said Suzuki in 2013. “The first step is to consider if the reaction is positive enough to put the car into production, but it is my hope and goal that it will be. I am pushing hard for that. After that decision is made, we must consider the body styles.”

Suzuki also confirmed that Yamaha would not have pursued a mainstream road car project unless it allowed it to demonstrate engineering innovation. “Gordon Murray is the perfect partner because he thinks in new ways, and that embodies the Yamaha way,” he said. “We would not enter the car market to build a car in the same way as everyone else. Yamaha does not think like that, and nor does Murray.”

It was also confirmed that the car has been engineered to meet all global standards, including those in Europe. “Downsizing is a global trend, and this car encapsulates that.

"The time is right for us to take mobilisation on to four wheels,” said Suzuki. “Everything is under consideration at present. We see an opportunity for us in many different markets around the world.”

The Motiv was the first concept to be created as part of the new Yamaha-Murray partnership and there has been no further news on whether it will reach production. The car, which can be made in both petrol and electric-only versions, would represent a siginificant challenge to the Smart ForTwo if it gets the go-ahead from the Yamaha board to enter production.

Read more about the Yamaha Motiv

Have read elsewhere that it actually weighs 750kg, still hope Yamaha has the balls to bring the Sports Ride and the Motiv into production. Leave it to Motorcycle manufacturers to fill the void left by carmakers for building smaller lightweight cars catering to both enthusiasts as well as those looking to downsize (without compromising on usable performance).
abkq 28 October 2015

At last a sports car that is

At last a sports car that is neither oversized nor overweight.
Norma Smellons 28 October 2015

An Elise S1 weighs less than 900kg, too. That's a 21 year-old design. And I'm sorry but that Smart-like thing he was punting just looks silly. Gordon is a rock star, sure, but one who has left the band and now makes incredibly self-indulgent solo albums.
View all comments (13)