BACK TO ALL NEWS
Currently reading: Ford Mustang Mach-E: first images of all-new electric SUV leaked
UP NEXT
Lotus Emira vs Porsche 718 Cayman

The Ford Mustang Mach-E electric SUV has been leaked on the firm's online configurator ahead of its official reveal on Sunday prior to the Los Angeles motor show.

The images and some US spec and pricing information were revealed shortly after the name of the Mustang Mach-E, which is conceived as a high-performance rival to the Tesla Model Y, was officially confirmed. The vehicle had previously been referred to as 'Mustang-inspired' but had not been given a name.

Chief among the information in the limited spec revealed was the revelation that the Mustang Mach-E will be available with a variety of different power outputs, giving 0-60mph times rated between mid-three seconds and mid-six seconds. Range for these models is quoted at between 230 and 300 miles on the EPA system, while all-wheel drive and rear-wheel drive are available depending on which model is chosen. 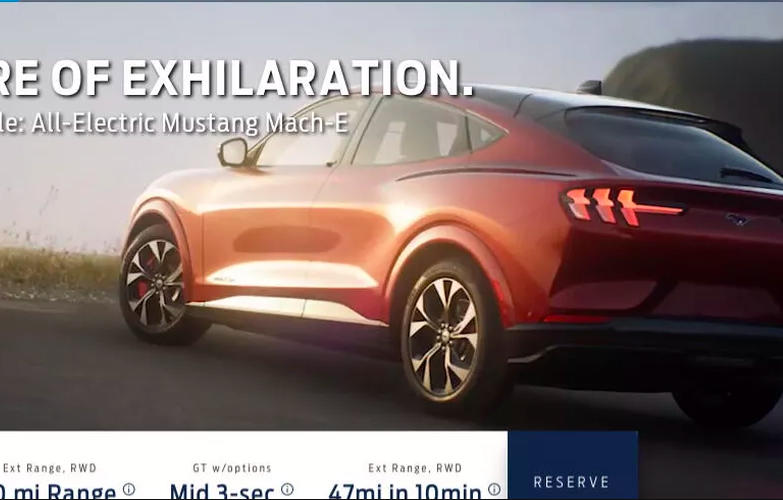 The move suggests that Ford is planning to grow the Mustang nameplate into a fuller model line, taking advantage of its heritage in the US market while lending it authority in the crucial Chinese market. Sales of the current Mustang in Europe, where it dominates its sector, also suggest the name resonates globally.

Ford also announced today that it will begin taking deposits for the Mustang Mach-E in the US and Europe immediately after it's revealed, with the first wave of buyers being offered the option of a highly specced First Edition model. However, full pricing hasn't yet been announced, while Chinese buyers won't be able to put down a deposit until a later date.

Deliveries of the Mustang Mach-E are expected to commence in 2020, suggesting the car in Los Angeles will be a production model rather than a concept. Ford is understood to have had huge internal debates over using the Mustang name in production. The new model was given the 'Mach 1' tag during early development because of strong public opinion against the use of the branding historically reserved for Mustangs, but Ford has now decided to combine both. 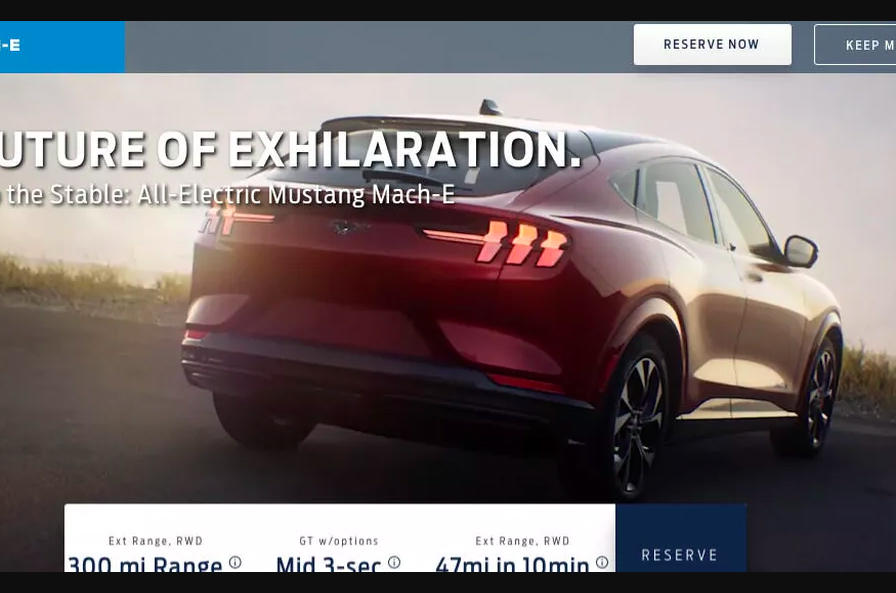 The new car is the first Ford designed as an electric car from the ground up, with a bespoke new platform enabling both rear and four-wheel drive. It will crown the brand’s wide-reaching electrification plan under which European customers will be offered a hybrid, plug-in hybrid or fully electric version of every new model launched.

The only technical detail Ford has officially revealed is the car’s range: it will be capable of 370 miles of WLTP-certified range on a single charge, beating the Tesla Model X (351 miles) and Jaguar I-Pace (292 miles). A less expensive version with less battery capacity and range is also expected.

Ford claims charging will be “effortless” and it is “redesigning the ownership experience to ensure it addresses customer pain points that currently hold back broad [electric car] adoption”. The car’s performance remains undisclosed, although chairman Bill Ford has previously claimed it “is going to go like hell”.

At a Bank of America summit last month, a Ford presentation showed that it would offer a higher-performance variant of the electric crossover, targeting the more accelerative versions of Tesla’s EVs. 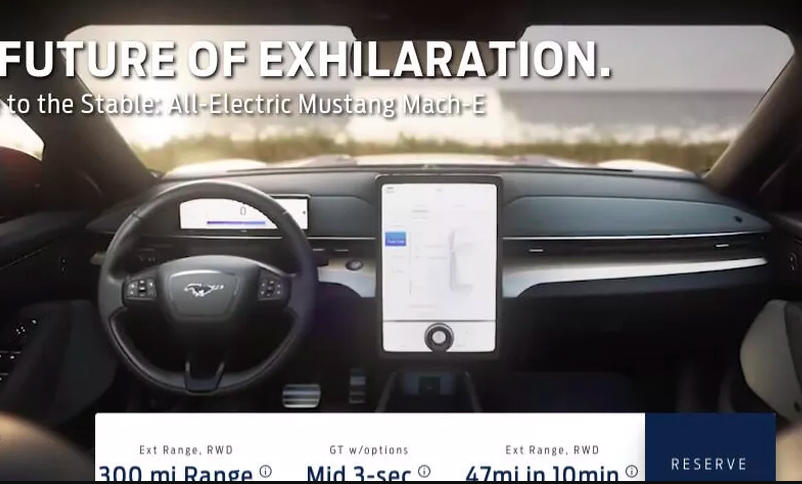 Like many of Ford’s recent models, it will be a globally engineered vehicle with few changes between regions. UK deliveries are tipped to start in late 2020. It’s not the only EV in Ford’s product plan, because the Michigan-based maker is also working on a more affordable electric crossover. Codenamed CX430, it will be based on the latest Ford Focus platform and be similar to the Ford Kuga. The CX430 has been in Ford’s product plan for several years.

The long-awaited push into electrification comes after news that Ford will be dropping former best-sellers from its US line-up: the Taurus, Fusion and Focus, alongside the Ford Fiesta. Ford’s supermini never found huge popularity in the US, but the momentous decision to end Ford’s 110-year presence in the US passenger saloon market sent a clear signal that profitability, not diversity, is the new focus for the brand.

The dashboard looks like it is taken verbatim right out of the Model S. I guess Tesla is no longer a fly by night operation after all...times they are a-changin'

if I wanted a premium electric car it would be the Tesla Model S or Jaguar I Pace all the way for me. The E Tron is let down by its wing mirrors, just doesnt feel safe and the Range is inadequate