BACK TO ALL NEWS
Currently reading: Facelifted Hyundai i10 on sale in January, priced from £9250
UP NEXT
Red Bull RB17 is radical 1250bhp hybrid hypercar for 2025

Facelifted Hyundai i10 on sale in January, priced from £9250

Fresh styling and new tech for Hyundai's city car, which goes on sale in the new year
Open gallery
Close

The facelifted Hyundai i10 will go on sale in the UK in January, priced from £9250.

The i10, a city car rival to the likes of the Volkswagen Up, Skoda Citigo, Seat Mii and Kia Picanto, has been on sale in its current form since 2013; this mid-life refresh is designed to keep the car competitive in the face of increasing competition.

Styling updates for this i10 are minor and mainly focus on a new frontgrille and LED daytime running lights. There's also a reprofiled rear bumper and a new shape for the side mouldings. Other exterior features include a new 14in steel or alloy wheel design. 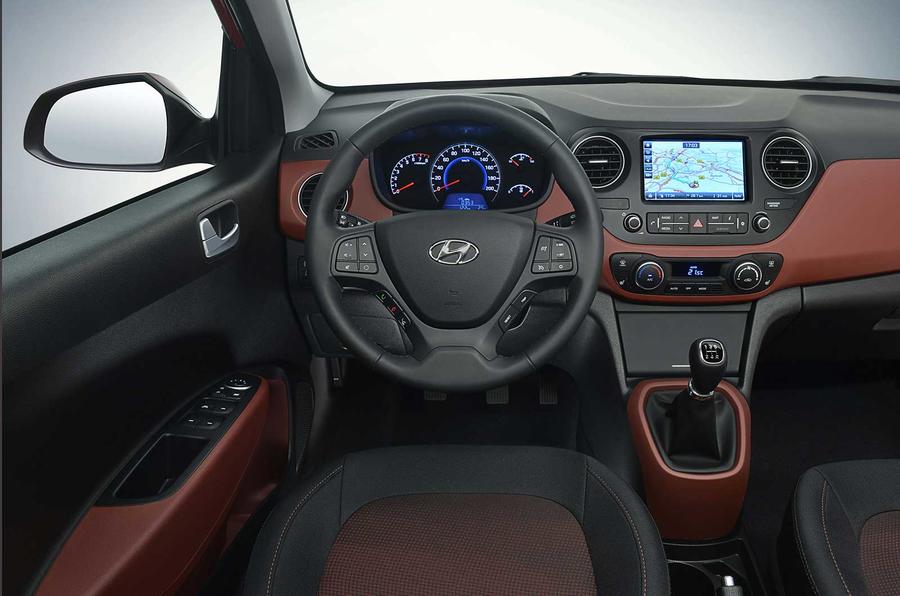 The current i10's interior functional and robust has been improved on with the addition of a 7.0in touchscreen infotainment system. Likely to only be available on high-end versions of the i10, the new touchscreen features Apple CarPlay and Android Auto functionality and satellite navigation. The sat-nav system comes with a seven-year subscription to LIVE services, which adds real-time traffic conditions and local weather updates.

Buyers will also be able to choose from new cloth trim colours. 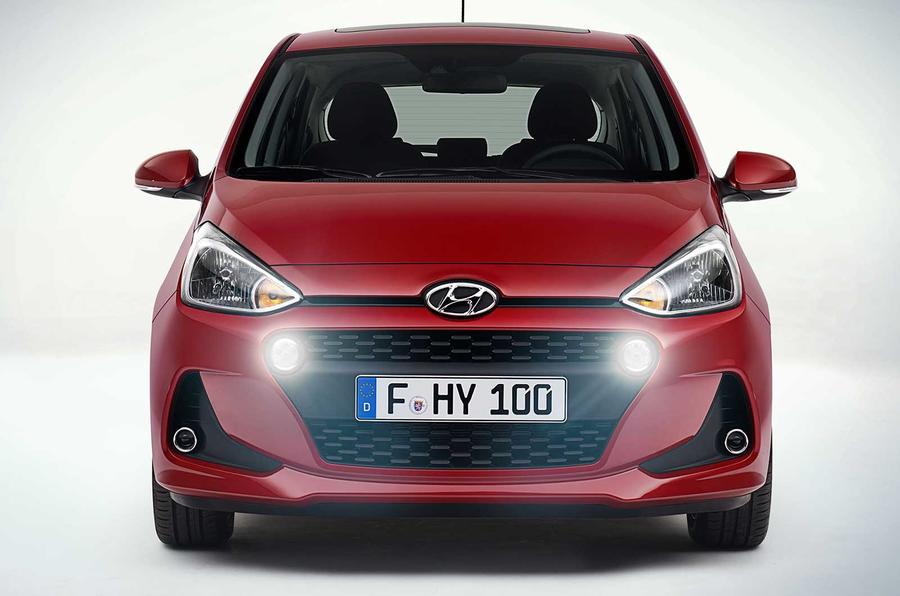 Hyundai has also upgraded the i10's safety equipment to include front collision warning, which gives the driver an acoustic and visual indicator if they're about to have a crash, and a lane departure warning system.

Hyundai says it has improved the i10's ride and handling by adding a bigger front suspension bump stop and modifiying the steering. The updated i10 will be offered with the same 65bhp1.0-litre and 86bhp 1.25-litre petrol engines as the current car. A five-speed manual transmission is standard, but a four-speed automatic can also be specified. 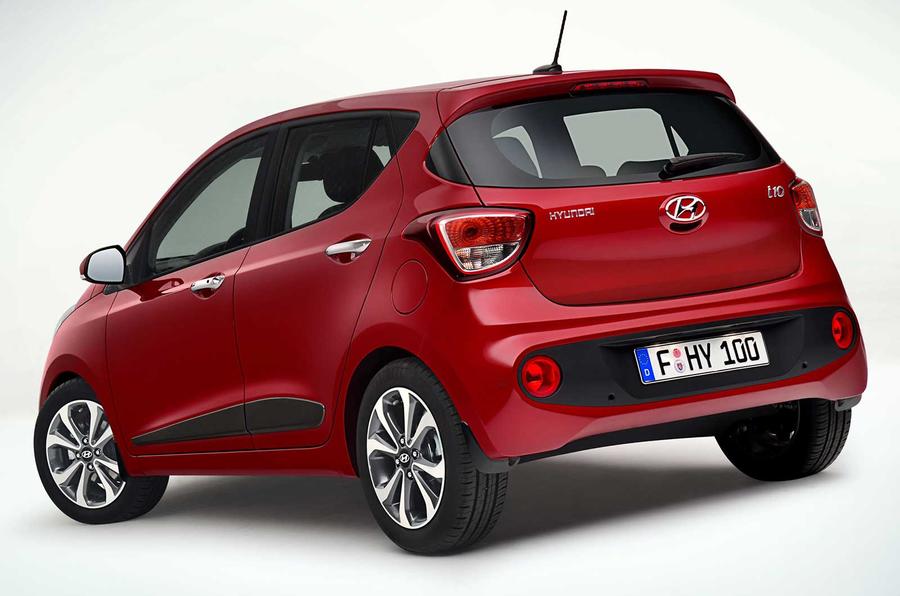 And buyers know it, that's why Hyundai is having to discount like crazy to maintain sales. With the i10 it's best to avoid the dearer models like the Premium SE and buy nearly new. But the built-in sat nav of this latest model is a tempting proposition!
5wheels 1 December 2016

Hyundai have over the last three or four years decided they they have the right to price their models at even higher levels that their nearest rivals. Not sure what logic goes into the mind set but for me I think its bloody cheeky as they are very good reliable wheels to buy but they are NOT yet in the same league as some of their rivals they are pricing themselves above. Maybe the Samsung debacle will remind people that all things Korean are not 100% as brilliant as we have been led to believe