BACK TO ALL NEWS
Currently reading: EV chassis could provide a lifeline for niche car makers
UP NEXT
New Gordon Murray T33 is practical supercar with 607bhp V12

EV chassis could provide a lifeline for niche car makers

Neil Yates, one of the UK’s foremost niche vehicle engineers, has launched an affordable and highly flexible EV chassis system that, he believes, can play a vital role in guiding this country’s plethora of low-volume vehicle makers through the coming electrification revolution.

A consultant on the Ariel Hipercar project, Yates believes niche manufacturers must start adapting to forthcoming 2030 electrification demands now – or risk being left with stocks of unsaleable vehicles and no clear way of updating them.

The new chassis design, called PACES, is adaptable to almost all kinds of low- to medium-volume vehicle manufacture, from tiny Caterham-style roadsters to large commercial vehicles – hence the name, which stands for ‘Passenger And Commercial EV Skateboard’.

A PACES chassis is configurable in almost any size and format – with front-, rear- or four-wheel drive systems that use between one and four motors mounted ahead of, behind or around the occupants and load.

“Well before the end of this decade,” Yates said, “lowvolume manufacturers will need to know they can build new products for a new market, using new technologies and a whole new supplier group. Almost nothing, except perhaps for the exterior shape of some of the more traditional vehicles, will be the same. We’ve created PACES to provide an answer to that problem.”

On casual inspection, Yates’s chassis looks little different from other aluminiumbased EV platforms carrying batteries between the two axles, beneath the cabin. But PACES is very different, the inventor explains, because it avoids most of the complexities of others and is thus able to be made affordably in low to medium volume – dozens to hundreds. Yates has already established a blue-chip supplier group capable of dealing in the unusual numbers anticipated. 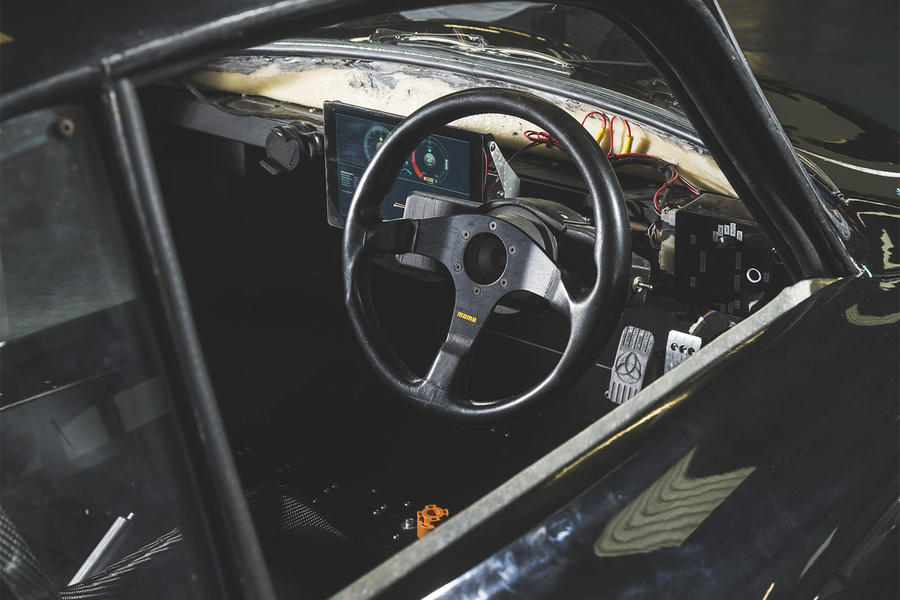 Instead of using expensive, bespoke extrusions and castings like other skateboard chassis, Yates has a solution called FlexTech, a kit of interlocking ready-made extrusions from a partner company called Stalcom that can fit rigidly together in a wide variety of guises to deliver rigid, lightweight structures that require little expensive tooling.

To underscore the practicality of his new system, Yates has designed and built his own vehicle – an ultra-light EV replica of the classic 1950s Porsche 356 A – and founded a new company, Watt EV, to launch it. Using a classic shape, Yates says, removes the need to devise an all-new design that would be something of a distraction from what is really new: the chassis underneath.

The WEV Coupé (don’t call it a Porsche) is meant to show that a PACES-equipped battery vehicle can be light. With a composite body, a single 107bhp Nissan Leaf motor and 39.5kWh of Leaf battery cells, the car weighs less than 1000kg and will have an official WLTP range of 200 miles, or about 160 to 180 miles in the real world. It should cost around £75,000, although figures have yet to be finalised.

“The main point of building the Coupé is to prove that it’s possible to use our chassis technology to produce a comparatively light niche vehicle in a short time and a cost-effective manner,” said Yates. “We’ll spend this year building awareness and developing the car and then we’ll start delivering them in a year’s time.”

A step in the right direction, but illustrates just how far we still need to travel re power, weight and cost.

im sure there are better cars for 75 grand