BACK TO ALL NEWS
Currently reading: Dacia electric city car confirmed for launch within two years
UP NEXT
Test drives remain as critical as ever for car buyers and sellers

Renault has officially confirmed that a Dacia "urban city car" - tipped to be a version of the Chinese-market Renault City K-ZE - is in the European product plan for 2021-2022.

Quietly revealed during the company's financial results presentation, the model will be launched after the not-for-uk Twingo ZE and before Renault’s first CMF platform-based electric car.

It's not immediately clear whether the Dacia EV will be destined for right-hand-drive sale in the UK, however.

Autocar revealed last year that the budget City K-ZE is to be upgraded for the European market to kick-start the group’s future shared mobility initiative. 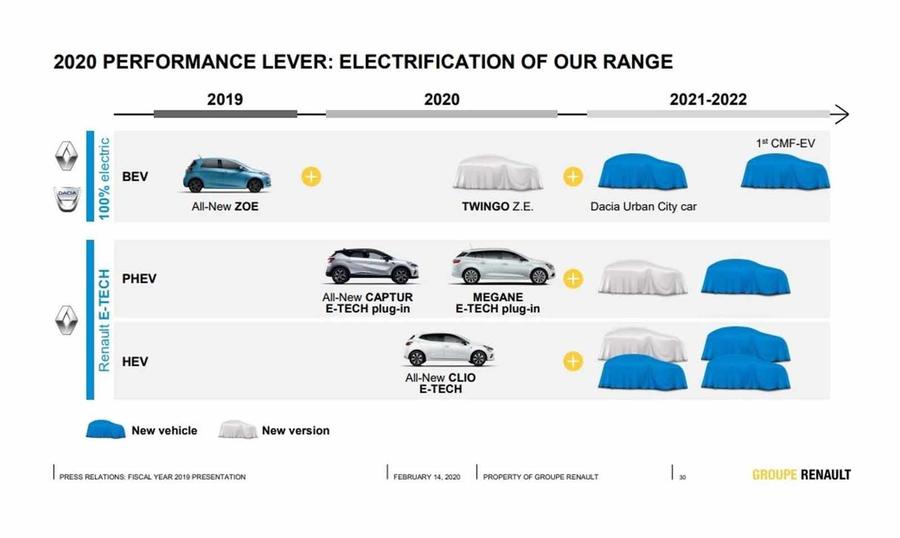 The K-ZE is a small A-segment crossover-style model, keenly priced from £6900 in China to attract younger buyers. The European version is likely to have safety equipment upgrades and possibly a small improvement to its official NEDC range of 155 miles.

The limited range enables Renault to keep the price low and, according to senior vice president for electric vehicles Giles Normand, the need for a big range is less important because this is a city car.

In Chinese specification, the K-ZE has a 44bhp, 88lb ft electric motor. It needs seven seconds to reach 37mph and has a top speed of 65mph.

Then-brand boss Thierry Bolloré told Autocar at last year's Frankfurt show that Renault is looking at how to bring an EV to Europe for “around £10,000”.

The K-ZE was designed at the outset as a global model and will have been engineered in several forms. It will, however, be produced in only one plant – Shiyan, China – to contain costs.

Within Renault’s electric line-up, the K-ZE sits beneath the recently upgraded Renault Zoe, but it could also make an affordable entry into electric motoring for Dacia.

Renault’s vice-president of sales, Olivier Murguet, also confirmed that the K-ZE will be launched in Europe despite the decline in the small car market, because the company believes the model will be an “ideal car for car-sharing”.

Claiming that young people are shifting away from buying cars into more flexible rental platforms, Murguet said: “They will rent this kind of car and this is why we believe the day an A-segment EV comes to the market in Europe, it could have a huge success in car sharing.”

Good luck to them if they can pull it off

Some consumers have been brainwashed into accepting huge car price inflation by manufacturers and some sections of the media (via supposed 'much improved' new model launches and finance 'deals') - those consumers that haven't are the real reason why car sales are in huge decline.

With tiny city cars now costing £16,000 and entry level Golfs costing £24k, it's obvious car manufacturers have no intention of ever decreasing the cost of EVs, rather they are artificially inflating ICE car prices to close the gap thus convince us we're getting a good deal with hugely expensive (and currently compromised) EVs.

So if Renault / Dacia can create a truly affordable EV, they deserve to clean up.

When a car company says it will release a new car within two years, isn't it kind of out of date by then?, ok, I know it will be by that time, i just wish they'd just say out in whatever date.

£10k would be excellent

The cheaper the car the more the saving on fuel is of course compared to diesel or petrol as a percentage of total costs.

The cheaper the car the more the saving on fuel is of course compared to diesel or petrol as a percentage of total costs.

Do you constantly race away from lights/standing starts?. These cars are not aimed at fools who know no better...pointing at you now.