BACK TO ALL NEWS
Currently reading: Bugatti Centodieci: deliveries of 1577bhp W16 hypercar begin
UP NEXT
Fisker goes radical with Pear EV SUV

The first example of the ultra-exclusive, mega-powered Bugatti Centodieci has been delivered to its owner, two years on from its unveiling.

The first example of the 1577bhp hypercar - which is based on the Bugatti Chiron - is finished in EB110 Blue, paying tribute to the signature colour of the 1990s supercar that inspired it, while also matching with the owner’s own Bugatti EB110 GT.

The interior - which took 16 weeks to build - also harks back to the EB110, with chessboard patterns on the seats, roof liner and door panels, as well as on the centre console and floormats. 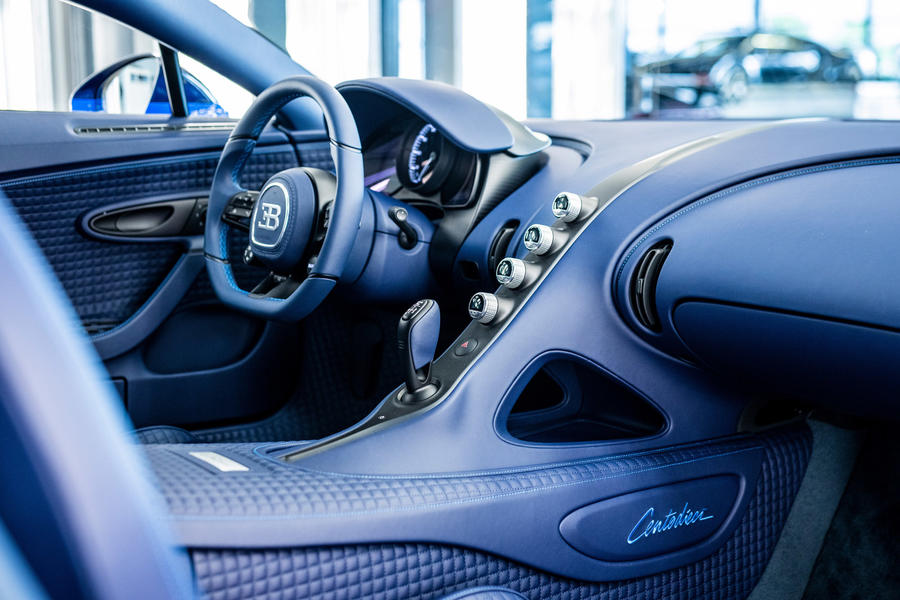 Nine more Centodiecis will be produced, with all 10 cars having been sold immediately after its unveiling at Pebble Beach last year for £7.4 million each.

"The EB110, built by Romano Artioli in Italy, was a critical path to the re-establishment of Bugatti in 1998.

“After two years of relentless development, we have refined the Centodieci to the standard our customers expect of all Bugatti models.

"Our designers and engineers pour the very same passion and desire for perfection into the marque’s few-off models as they do for Bugatti’s series-production units.” 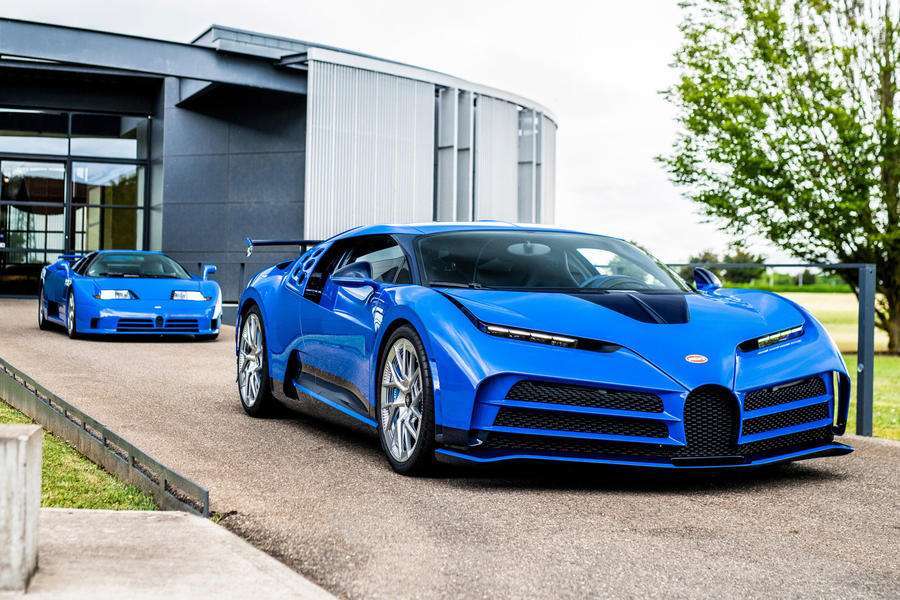 The Centodieci previously went through a rigorous testing program, with the production-based prototype having completed more than 50,00 kilometres (31,068 miles) of endurance tests.

Bugatti says the car was driven 1200km (745mi) per day so that technical teams could gather data on handling routes, circuits, highways and in city traffic. The testing concluded at the Nardò test track in southern Italy.

“The Centodieci is deliberately driven to its limits in order to guarantee reliable handling at the highest level, even in extreme situations. Even though most cars never enter this range, it's nonetheless tested,” said Carl Heilenkötter, product manager for Bugatti’s limited projects.

“This is the philosophy of the brand, and that's why we put such a huge amount of effort into all this testing. Bugatti is committed to the highest quality standards, durability and customer satisfaction.” 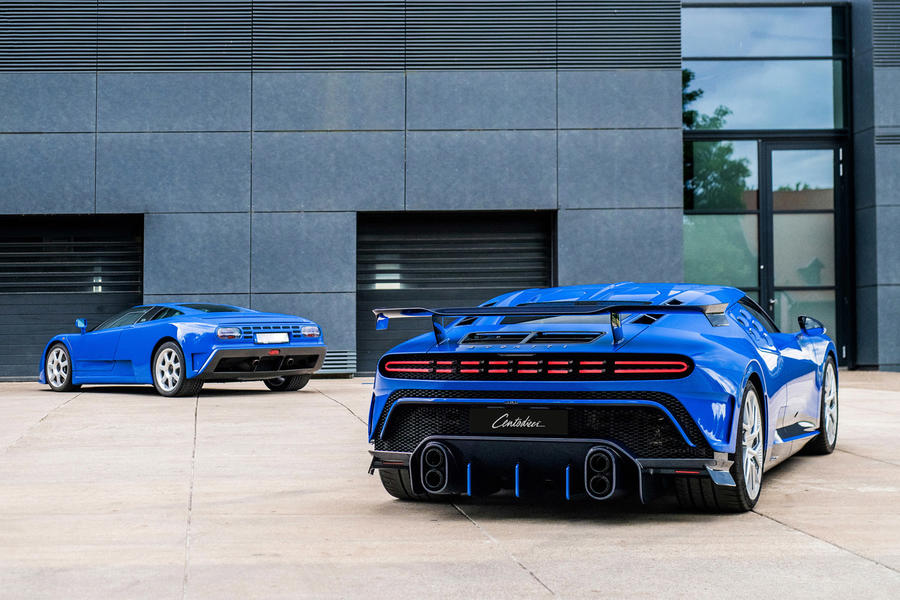 The Centodieci was previously subjected to "extreme" temperatures approaching 50deg C, with a 27-strong team of engineers who ran checks on the car’s electrics, telemetrics, radio frequencies, fuel system and air conditioning system.

Starting in California, US, the team’s route followed the Central Pacific Highway to Arizona via San Diego, before "rapid" ascents up Mount Lemmon tested the hypercar at an altitude of 2800 metres.

The Centodieci was also tested in "low-speed stop-start traffic", left stationary under the sun with the air con at full blast and even driven at 198mph on a closed road. 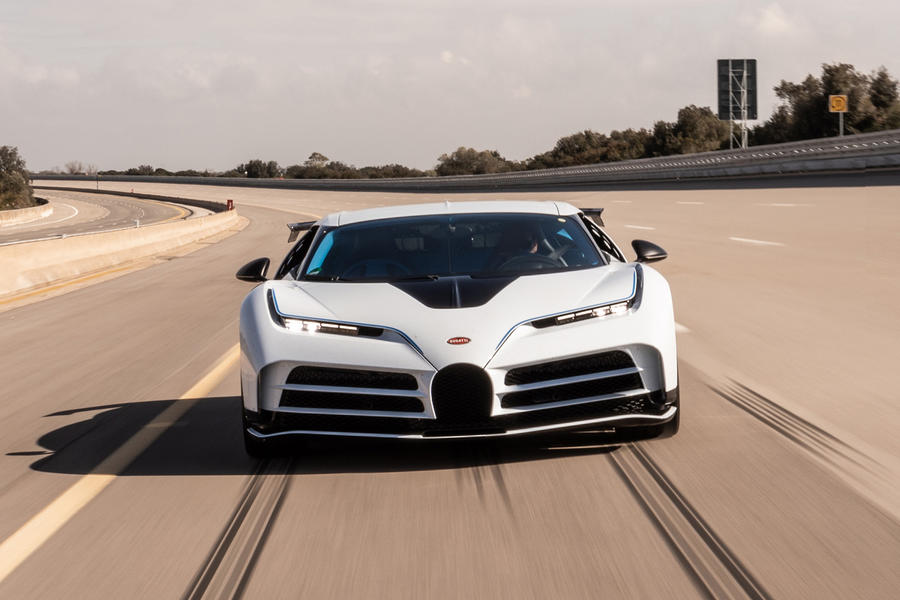 “Testing in the hot, dry desert is a huge help for us in the development process,” explained Stefan Schmidt, one of Bugatti’s engineers in the Overall Vehicle Development department.

“All Bugatti models have to function perfectly, no matter how high the temperature, including the few-of Centodieci. Even if we're only creating 10 cars, as with the Centodieci, the testing procedure is just as gruelling. Every model has to run flawlessly in all weather and in all traffic conditions."

“This hot-weather endurance test is fundamental for us, as it's the only way we can ensure that the Centodieci, like every Bugatti model, offers a flawless, reliable and safe drive in extreme heat, too – even though our customers may never subject their cars to such extreme conditions.

"The new tests prove that our existing set-up for the Centodieci works optimally for hours on end even in extreme heat.”

Given how little these 10 cars are likely to be used, indeed if any are used at all by their owners, durability testing seems rather irrelevant.

Makes a break down in the Dubai midday traffic less likely, which means a servant is less likely to take a beating from an angry master. Bugatti really cares about the little people.

Thirty thousand development miles seems incredibly underwhelming, certainly not something to boast about.

Nobody cares about inverted comments, it may not be practical, you won't see one outside Lidl, but,it's nice to knowCars like this exist, most of us drive something that , to us, cost a lot, if I was the person who could afford one, I'm never likely to come across apathetic criticism, I'd be surprised that there are people like that.

This car represents the current pinnacle of the car industry. We are absolutely entitled to have a view on it and criticise it if we feel like doing so. Bugatti doesn't exist if people don't lease Golfs and ID3s.

I find the Gordon Murray supercars more appealing by a factor of at least 100. They, at least, are trying to push the envelope in some meaningful way. I might buy both a T50 and a T33 and spend the spare change on matching bespoke paint.