Fourth-generation Japanese convertible is the most fun you can have on four wheels for less than £35,000
Open gallery
Close

Every summer, team Autocar decamps to great roads and usually a race circuit in affordable driver’s cars. Affordable among the scheme of cars, anyway. The good thing is that a modest down payment and monthly follow-up can put some of the best driver’s cars on your driveway.

Most recently, we took nine of the best to Wales. One was a Mazda MX-5, the latest version of the small roadster that’s celebrating its 30th anniversary. Others included the Honda Civic Type R, Ford Focus ST and Volkswagen Golf GTI TCR.

That the MX-5 won the contest isn’t necessarily the surprising thing. What’s surprising is the confidence it exuded during its victory.

We asked the five judges to pick their top three, in their preferred order. Four out of five picked the same three: MX-5, Civic and Focus. (One swapped the Focus for the Hyundai i30 N.) Only one judge didn’t place the Mazda first. (He put it second.) A walkover against, remember, some brilliant competition.

How does the Mazda do it? Lightness and purity are probably the key. Its best competitors can consider their heads held high given they have to be capable of carrying at least four occupants and a decent amount of luggage. But when it comes down to it, there’s no substitute for making a sports car out of the right underpinnings. The Mazda only has to seat two, is fantastically compact, has a longitudinal engine and a sweet transmission and drives our preferred pair of wheels. 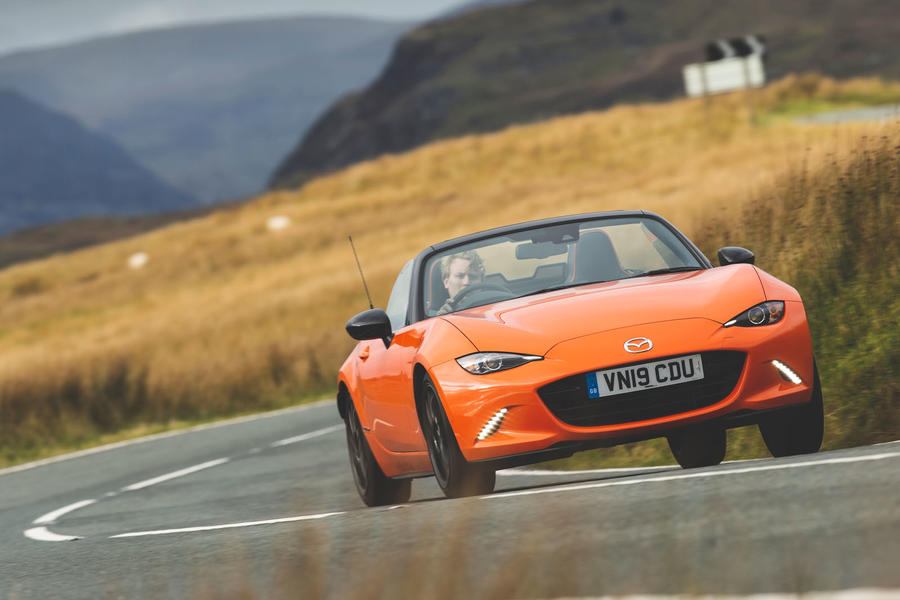 Still, that could not be enough on its own. Plenty of car makers have got as far as putting the mechanicals in a promising position but still bungled the execution (Alfa Romeo 4C). Mazda is too savvy for that. Not only did it get the basics right, but it sweated the details, too. This is a company whose internal document on gearshift quality runs to more than 10 pages. When it designed the latest MX-5’s seats, it used straps rather than springs as supports because they were lighter and let the seat base sit lower in the car. The MX-5’s compact headlights allowed it the shortest front overhang, at the time of its launch, of any production car. The latest MX-5 is still, today, shorter than the very first MX-5.

Those details, and then exhaustive tuning – focused not on numbers and grip and speed, but on finesse and purity and engagement – have made the MX-5 a multiple-time winner of this contest. The MX-5 is a worthy current holder of the tag ‘Britain’s Best Affordable Driver’s Car’ for more than just a year here or there.