BACK TO ALL NEWS
Currently reading: Audi RS5 returns to range with 444bhp V6 for 2019
UP NEXT
Fisker goes radical with Pear EV SUV

Audi has reintroduced the RS5 to its range of performance vehicles, in both Coupé and four-door Sportback forms, as a limited-run special edition.

The two-door has been unavailable for the past year due to delays in the model undergoing the new WLTP efficiency tests, while the Sportback is making its market debut following a launch in March 2018.

Just 250 of each bodystyle will be sold, exclusively in Audi Sport Edition trim, which is priced from £68,985.

An Audi spokesperson said these 500 units are likely to be the final RS5 models sold before a particulate filter is installed as part of a range update in 2020.

For now, the RS5’s twin-turbocharged 2.9-litre V6 petrol engine produces an unchanged 444bhp and 443lb ft, with drive sent to both axles via an eight-speed automatic gearbox. 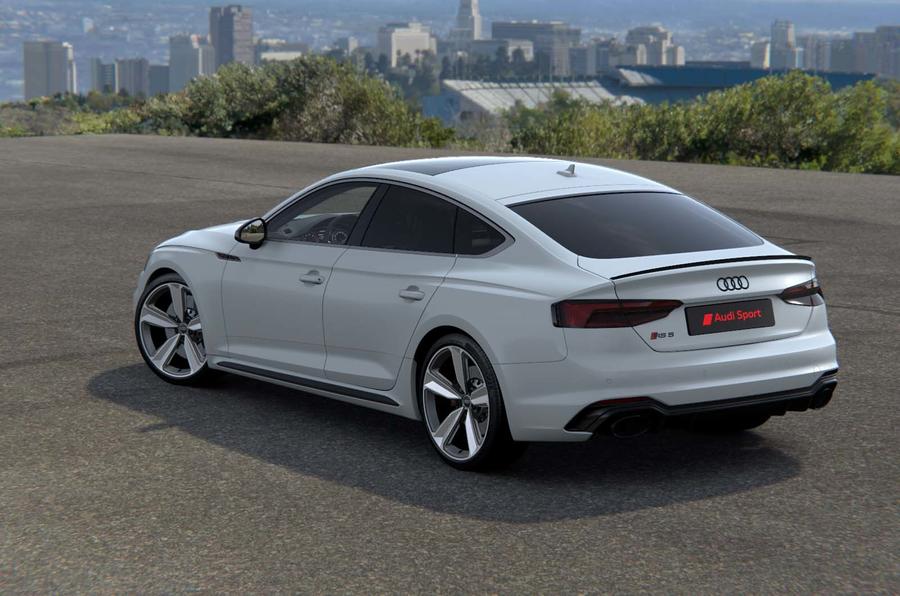 Both models are said to dispatch the 0-62mph sprint in 3.9sec. Top speed is unconfirmed but likely to remain an electronically limited 174mph.

The Coupé manages 30.1mpg on the WLTP combined cycle and the Sportback 29.7mpg, with corresponding CO2 outputs of 213g/km and 215g/km.

Inside, the seats are finished in Alcantara and leather, with LED ambient lighting, Apple CarPlay, Android Auto, blindspot monitoring and a panoramic sunroof fitted as standard.

The return of the RS5 comes as Audi begins to bring its entire range back to market following a 3.5% drop in profits last year as newly implemented WLTP regulations forced the withdrawal of each for testing.

The German brand's range of S-badged performance models has undergone a significant transformation, with the Audi S4, Audi S5, Audi S6 and Audi S7 making the switch to a 48V-assisted, turbocharged diesel V6.

Speaking at the firm’s annual press conference in March, board member Hans-Joachim Rothenpieler said that Audi couldn't “afford to develop cars which do not respond to our customers’ wishes” but remained keen to preserve its “sporty DNA”.

So they cant sell more than 250 of each because of poor emissions, but they can't justify the mod for a ppf before the facelift, so they say: lets make a "speicial edition" and see if we can sell a small number of dirty cars at an over inflated prices to some mugs....

i love the RS7 and so the sportback is a bit more apealing to me as it is a bit longer and has more of a straight slope to the roof.

I've never considered a turbocharged engine to be 'free breathing'!

i know!!! and with the weight of this thing it does acually feel that fast and it just seems to topple a bit too much in the corners. i think it need at least 500hp and it needs to be a bit lighter.