Aston Martin has ramped up the performance of the DB11 with an uprated V12 engine and race-inspired features, giving the new top variant, the DB11 AMR, enough firepower to fight it out with its most potent rivals.

Replacing the two-year-old DB11 V12, which accounts for 40% of annual DB11 sales, the DB11 AMR gets an uprated twin-turbocharged 5.2-litre powerplant that develops 630bhp at 6500rpm and 516lb ft at 1500rpm. While the latter remains unchanged, the former represents a significant boost of 30bhp over the outgoing V12.

Not only does that ensure the hottest DB11 now has 127bhp of breathing space compared with the entry-level AMG V8-powered car, it also provides the DB11 AMR with muscle to worry its archrivals, including the 626bhp Bentley Continental GT W12 and 621bhp V12 Mercedes-AMG S65. 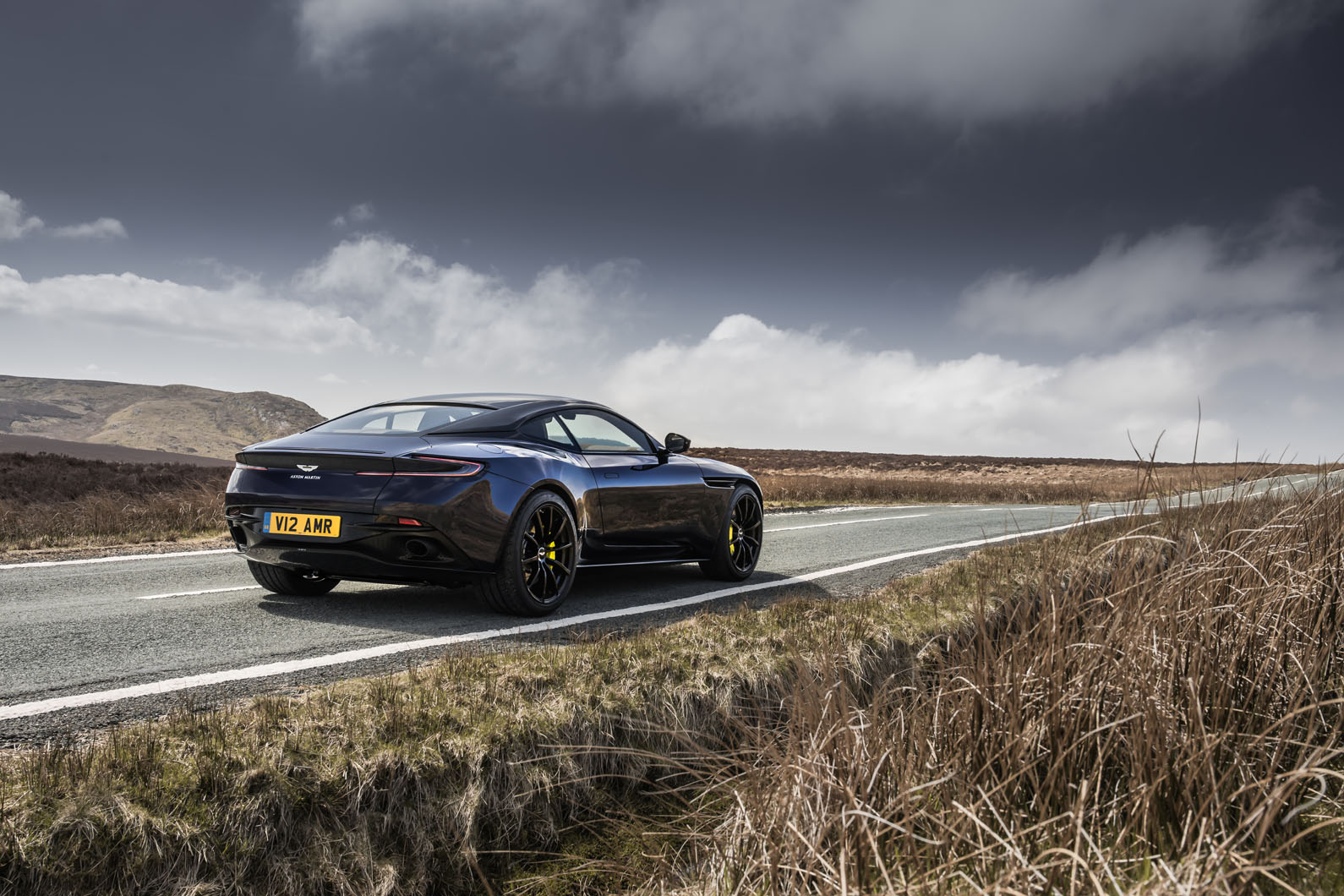 As suggested by the AMR moniker, an acronym for Aston Martin Racing, the new model gets more than just a power boost. It also sends grunt to the rear axle via a retuned ZF eight-speed automatic gearbox and breathes through a new and less restrictive exhaust system, engineered to give the car a racier tone. The combined results are a new 0-62mph time of 3.7sec, two-tenths better than before, and a top speed of 208mph, a gain of 8mph.

The chassis development team, led by chief engineer Matt Becker, has provided the AMR variant with the more agile suspension and geometry set-up of the younger V8 model. Aston claims the improvements have enhanced its responsiveness but had no noticeable effect on the car’s ability to be a comfortable grand tourer.

Aston boss Andy Palmer said: “With the exceptional V8 coupé and Volante, we felt the V12 could reveal more of its sporting potential while remaining the consummate GT. By applying a suite of carefully considered performance and styling enhancements, the DB11 AMR is both faster and more precise.” 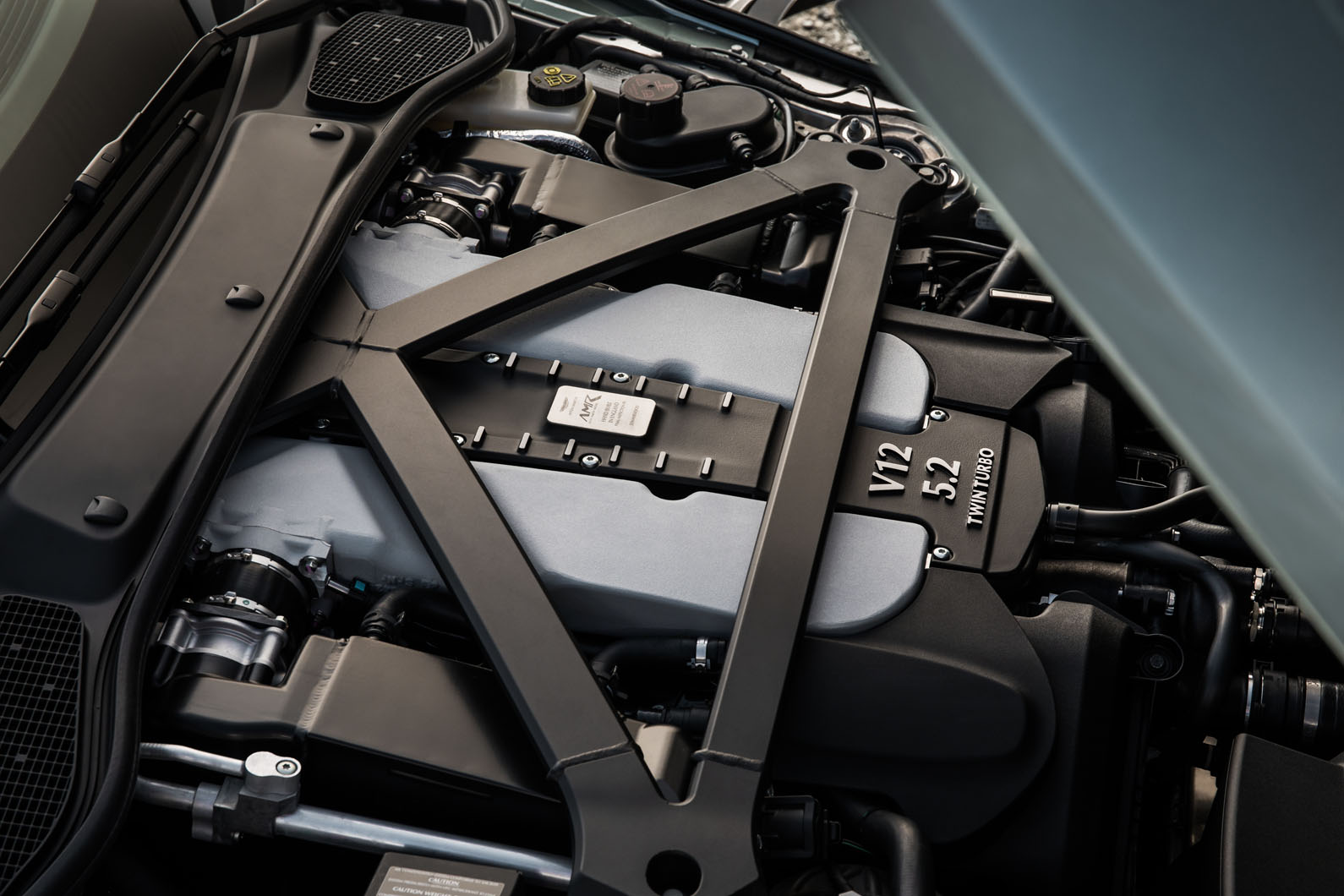 To signify its range-topping position, the DB11 AMR gets exposed carbonfibre trim and gloss black detailing on its exterior. Chrome has also been swapped for monochrome, with dark surrounds on the headlights and smoked tail-lights. This more aggressive theme continues inside, where there’s more monochrome trim and Alcantara upholstery, along with a lime central stripe on the leather-wrapped steering wheel.

Alongside the regular trim options for the AMR, which now includes a new carbonfibre steering wheel, there are three so-called Designer Specifications available. Buyers can also specify a matching tailored luggage set. 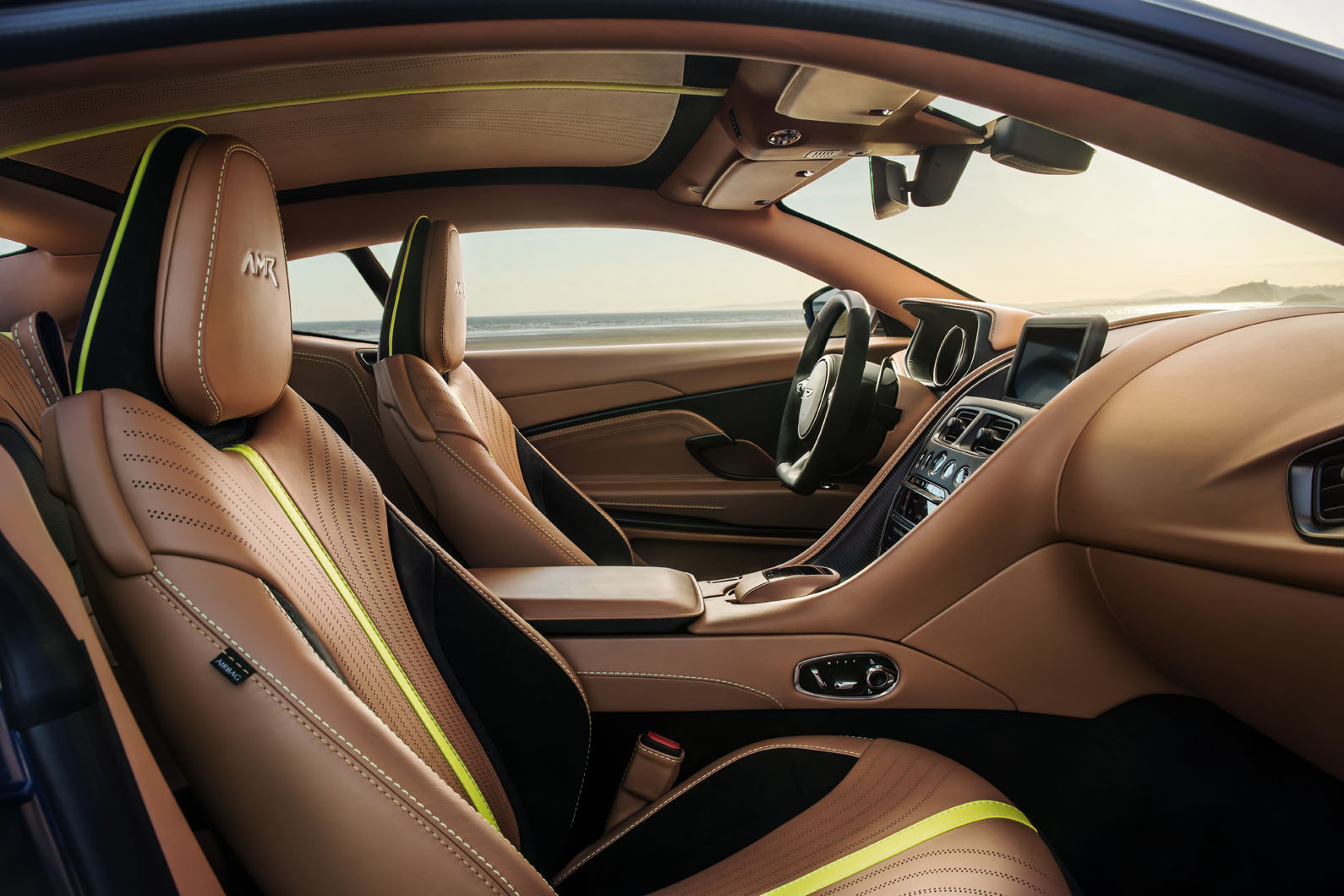 At the car’s launch, Aston is offering a limited-edition version of the AMR with Stirling Green and lime livery that mimic the look of the division’s racing models. This variant gets more carbonfibre detailing and an interior trimmed with Dark Knight leather and contrasting lime details. Just 100 are due to be made.

Aston will add another AMR model to its line-up later this year in the form of a new range-topping Rapide. That car has recently been spotted testing at the Nürburgring and comes with claims that it'll be the market's "most thrilling four-door".

The DB11 has always been a favourite. This is supreme and one step better.

Not good enough - see me

AMR is an abreviation rather than an acronym. An acronym can be pronounced like a name - eg: Nato, Sonar.

'the AMR moniker, an acronym for Aston Martin Racing' AMR is an abreviation rather than an acronym. An acronym can be pronounced like a name - eg: Nato, Sonar.

'the AMR moniker, an acronym for Aston Martin Racing' AMR is an abreviation rather than an acronym. An acronym can be pronounced like a name - eg: Nato, Sonar.

Ok, great. I will try

Ok, great. I will try practise and remember my english contractions.

Incorrect. All acronyms are

Incorrect. All acronyms are abbreviations, that is the definition of acronym. The do not have to be able to be pronounced to be an acronym. 0/10 for effort. See me after class. Do not pass go. Do not collect £200.

Nice car. But - with a naturallly aspirated engine - someone else manages to squeeze 800 bhp frm a V12. Different league. In terms of pricing too, have to say.

You've answered your own question

Nice car. But - with a naturallly aspirated engine - someone else manages to squeeze 800 bhp frm a V12. Different league. In terms of pricing too, have to say.

That was a very short life for the original V12 model.   And it was only accounting for 40% of the model's production.   That's a lot of V8 models getting built.   Guess Aston buyers aren't that fussy over the Mercedes engine after all?

But with the forthcoming DBS more or less being based upon the DB11 what room is there for it now?