BACK TO ALL NEWS
Currently reading: Aston Martin's 210mph Rapide AMR due on roads this year
UP NEXT
New Kia EV9 primed as premium electric range-topper

Aston Martin's 210mph Rapide AMR due on roads this year

Previewed in a concept last year, the 592bhp V12 model has been spotted testing at the 'Ring
Open gallery
Close

Aston Martin's performance sub-division AMR will launch a faster and more focused version of the Aston Martin Rapide S with claims that it’ll be the market’s “most thrilling four-door”.

The Rapide AMR will be the first car to come from Aston’s high-performance arm when it arrives on roads in the final quarter of 2018. Just 210 units are to be produced to match the car’s 210mph top speed.

A development car has been spotted testing at the Nürburgring wearing a larger rear diffuser, taller rear wing and more prominent diffuser, showing that the production car will retain most of the parts previewed by the Rapide AMR concept of 2017. 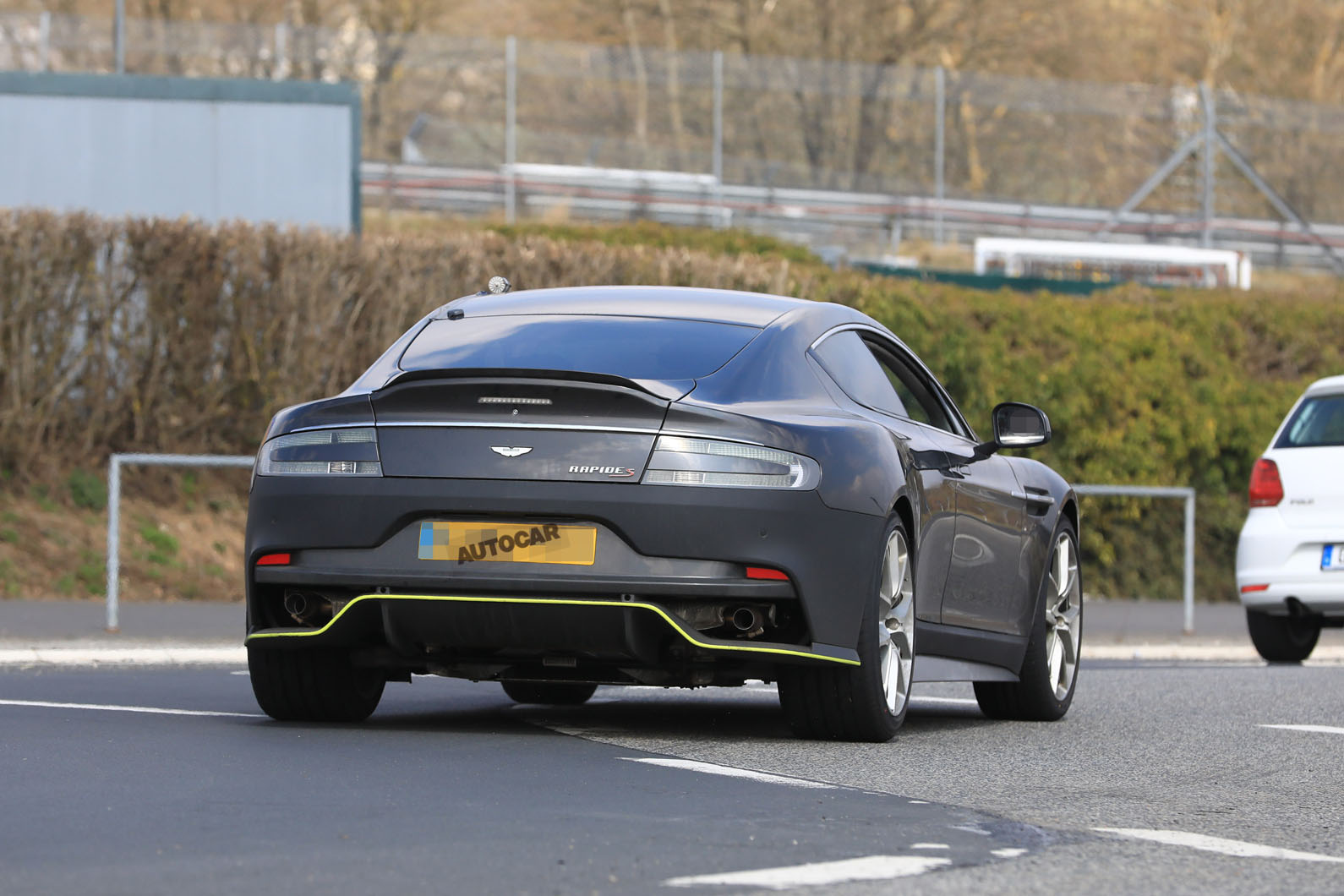 Inside, the production car is expected to follow the concept and feature an extensive amount of carbonfibre trim, as well as lightweight seats.

These changes will be accompanied by more power from the car’s naturally aspirated V12 engine. In the Aston Martin Rapide S, the 5.9-litre unit provides the rear wheels with 545bhp; the AMR version will offer 595bhp.

The engine is essentially the same as the one in the Aston Martin GT12 version of the previous-generation Vantage. It breathes through a new quad exhaust system that will help to free up the flow of engine waste gases while also giving the V12 a racier tone.

2018 Aston Martin Vanquish: harder and faster version due in September 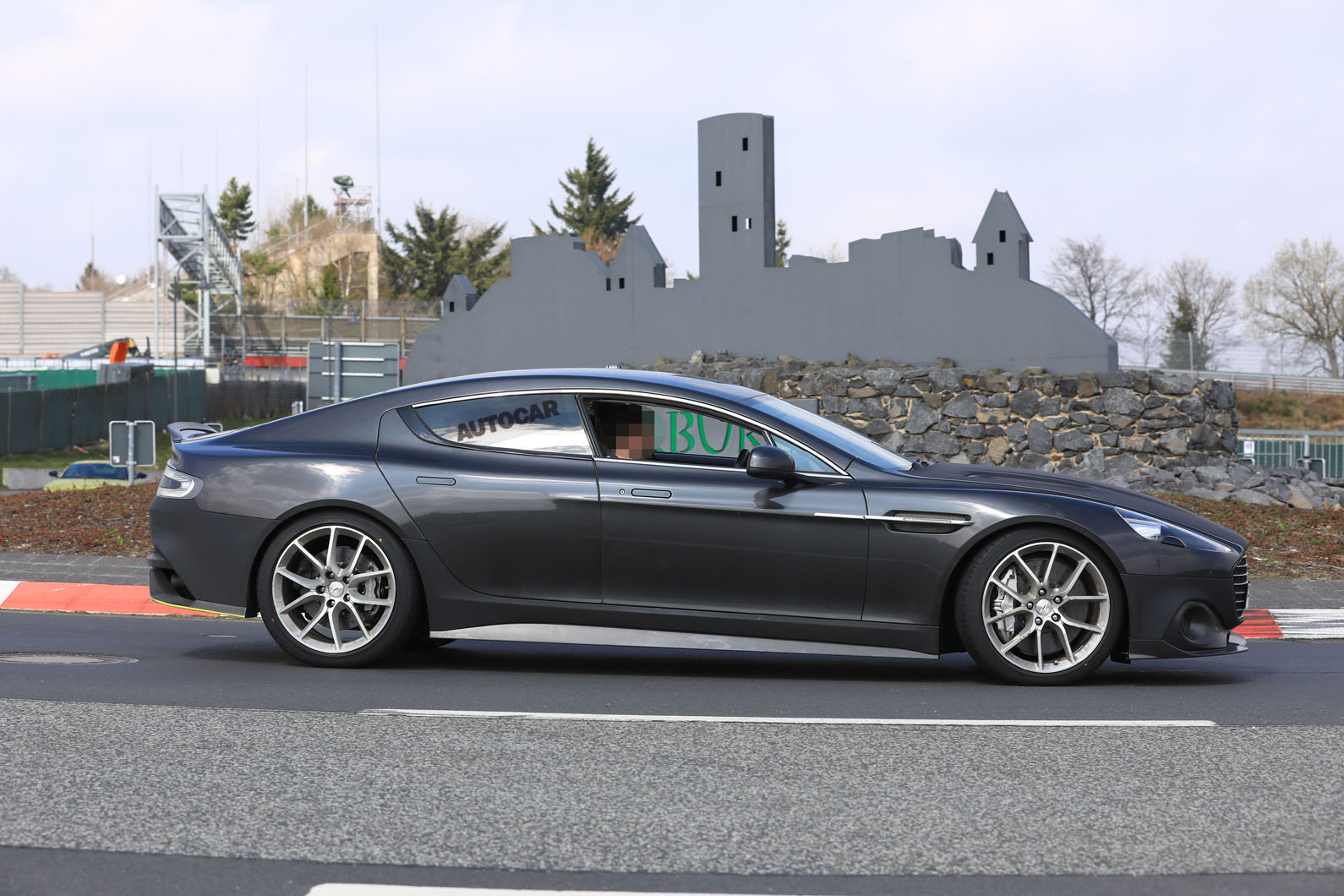 The performance enhancements will help the Rapide AMR comfortably out-accelerate the regular car. Expect a 0-62mph time of close to four seconds, which would make it 0.4sec quicker than before.

The soundtrack will be matched by a sharper chassis set-up, which is being honed at the Nürburgring to enhance the car’s agility and responsiveness. AMR engineers have been tasked with improving the Rapide’s handling without significantly hampering its grand touring abilities.

The first road-going AMR model is expected to command a significant premium over the regular Rapide S, which starts from £149,500. The variant launches six years into the Rapide’s production life cycle. It could be the last to arrive with Aston’s atmospheric V12, which has been superseded by a turbocharged 5.2-litre 12-pot in the Aston Martin DB11. 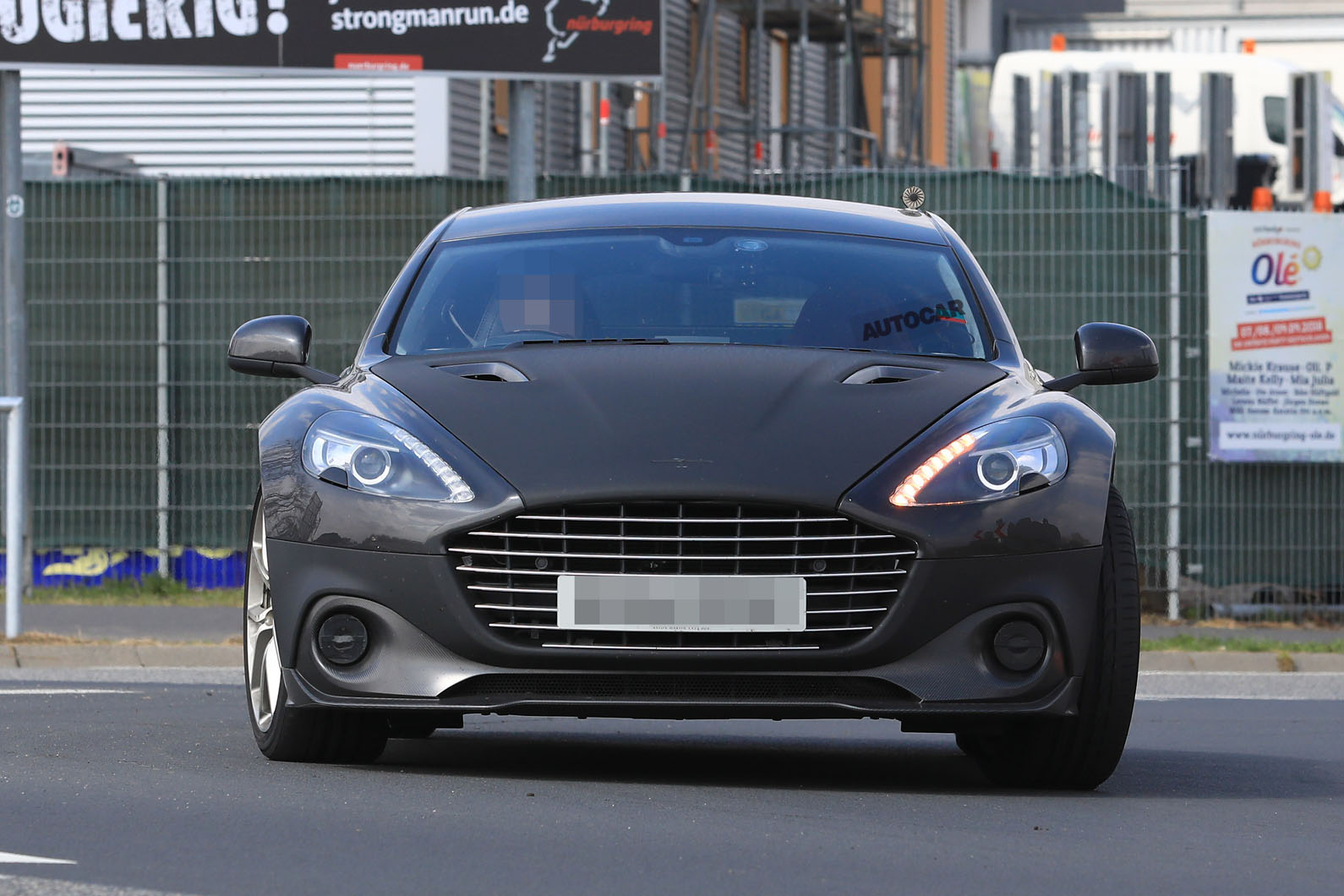 Aston’s AMR division, which has so far focused its attention on track-only models such as the extreme Vulcan AMR, will add more road models to its line-up, although it has yet to reveal what car is next on the agenda.

The recently launched Vantage is expected to spawn an AMR model to emphasise its racing links. The new Vantage GTE will make its racing debut in the World Endurance Championship next month.

Mercedes-AMG could launch Cayman rival as next bespoke model

PORSCHE! Are you paying attention at the back?

Surprised they are still

Surprised they are still developing this model, when it's on the older platform etc

A four door GT with space for

A four door GT with space for only two? And now they add a wing? And you idiots criticise Merc for the GT 4 door...

Frankly whoever buys this particular Aston has serious mental issues...

"Frankly whoever buys this

"Frankly whoever buys this particular Aston has serious mental issues." Now that's a brilliant comment... Have you driven one? Ridden in one? I have. Adults of reasonable size fit in the back seat -- it's certainly not a limo, but it's a genuine 4-seater, not a 2+2. I'm 5'11 and 175 lbs. It's not spacious in the rear, and while I wouldn't be comfortable for several hours, they are real, usable, reasonably comforable seats with enough head and legroom. It's superb to drive -- great sound, beautifully balanced handling, truly feelsome hydraulic steering.