BACK TO ALL NEWS
Currently reading: Analysis: Inside Arrival, the £4bn UK start-up
UP NEXT
New Ora Funky Cat touches down at £30,495 with 193-mile range

The British van industry has never properly recovered from the blow of losing Ford Transit production to Turkey in 2013 but, against all odds, this unlikely arena is now host to the latest home-grown unicorn: a multibillion-pound start-up company.

Arrival is aiming to disrupt the van (and bus) market with an electric alternative from its base in Banbury, Oxfordshire, and has amassed an impressive war chest of funds to make it happen.

In a canny move, the five-year-old company has jumped on the trend for a quick US stock listing by agreeing to merge with a SPAC (special acquisition company). If you add up the share price and use that to calculate the worth of the portion of the company held by investors, you get to an overall value of $5.4 billion (£4.0bn) – for a firm that hasn’t technically sold a single vehicle yet. You could probably buy Jaguar Land Rover for less than that, if Tata was selling.

Arrival is the brainchild of Russian-born tech billionaire and former politician Denis Sverdlov. He has made all the right moves and attracted big-name investors, most strikingly Hyundai and Kia, which together invested €100 million (£73m) a year ago.

Arrival has also impressed logistics firm UPS, which has a standing order of 10,000 vans and is helping ensure the design is perfect for delivery drivers.

But is it really worth $5.4bn? Arrival president Avinash Rugoobur, a UK-born Aussie with a deep background in automotive tech, says it is. He points to figures showing the commercial vehicle and bus market is worth £315bn globally and says Arrival will compete head to head with big-name van players by offering a well-designed electric vehicle comparable on size and price to a large diesel Transit but with lower running costs.

“As a fleet, you’ll get a vehicle that’s cheaper to operate and easier to maintain than a diesel. It’s a no-brainer,” Rugoobur told Autocar.

Claiming your battery electric vehicle will sell for a similar amount to a diesel is a bold promise, particularly when Arrival isn’t touting a battery breakthrough. It’ll use standard battery cells from LG Chem. 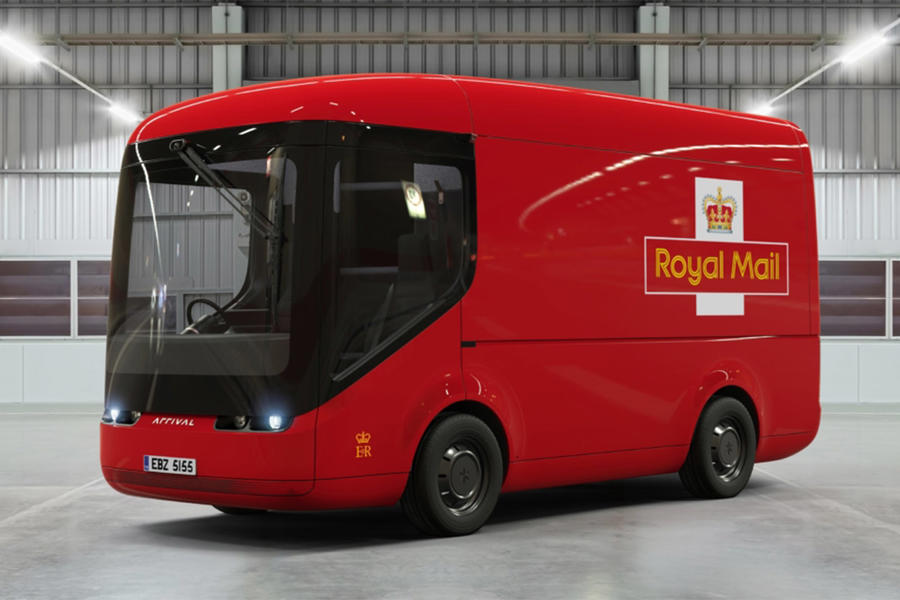 However, Arrival says it has kept a lid on costs thanks to its ‘micro-factory’ production plan. Essentially, it plans to set up a network of small factories globally optimised to produce around 10,000 vans a year each, or 2000 buses.

“It means van factories can be profitable with thousands of vehicles rather than hundreds of thousands. It’s a different payback model,” Rugoobur said.

This gives Arrival adaptability in a way that huge plants with a single line can’t, he said. The polypropylene body panels are moulded in the required colours on site, removing the need for expensive paint shops or stamping machines. ‘Cells’ in the plant assemble different elements that plug into the skateboard chassis.

Small plants can be set up and making vehicles in around six months and their size means they can be built near smaller cities, bringing employment but not demanding thousands of workers. The first two will be a van plant near Bicester, starting in 2022, and a bus plant in Rock Hill, South Carolina, starting this year.

This low-expenditure approach is similar to the way electrified taxi and van maker LEVC operates in Coventry, but it most closely resembles a concept created in 2000 by two professors working at the Centre for Automotive Industry Research in Cardiff, Paul Nieuwenhuis and Peter Wells. Their Micro Factory Retailing idea called for the same network of small, low-investment factories assembling vehicles on nontraditional bodies to reduce the stratospheric costs borne by traditional manufacturers.

“The mass-production car industry overproduces to meet its minimum economies of scale. It is at this point that most economists stop thinking,” Nieuwenhuis told Autocar. “I have no evidence Arrival have seen any of our stuff, but it all fits.”

Whether this system would still work when (or if) Arrival produces vehicles in the quantities suggested by its $5.4bn valuation is up for debate, but at least it offers a gentler path into the industry than Tesla’s ‘production hell’ at its initial single Californian plant. “My suspicion is that in a good year, it will be less profitable, but also much more resilient when demand gets lower,” Nieuwenhuis said. 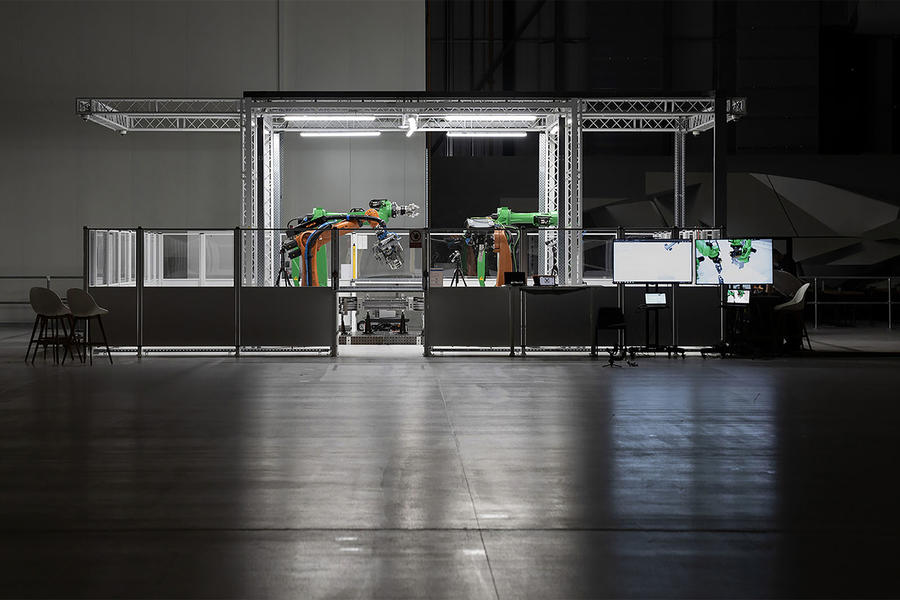 Arrival will have plenty of competition for its vans when they appear, not least market leader Ford, which will launch an electric Transit in 2022. Rugoobur said he welcomes competition but reckons Arrivals’ clean-sheet design will mean it has the edge – for example, on driver usability.

“No one has really thought about designing around the driver. So if the driver’s holding a box, they will be able to use their elbow or facial recognition to open a door,” he said. “That can only be done if you’re designing from the ground up.”

Why Arrival has chosen the UK

Arrival is based in Banbury, Oxfordshire. President Avinash Rugoobur explains why this global business is sticking to the UK.

“The UK has had a really incredible run of automotive engineering, for generations. Where the limitations are is that traditional automotive industry is slow moving. But if you de-shackle the engineers [90% of Arrival’s employees are engineers] and let people create something new, now you have inventive types connecting with experienced automotive types and also a bunch of other talent in the UK – software talent, robotics talent, composites talent. We’ve got all that – and when you combine it all, you create something new. 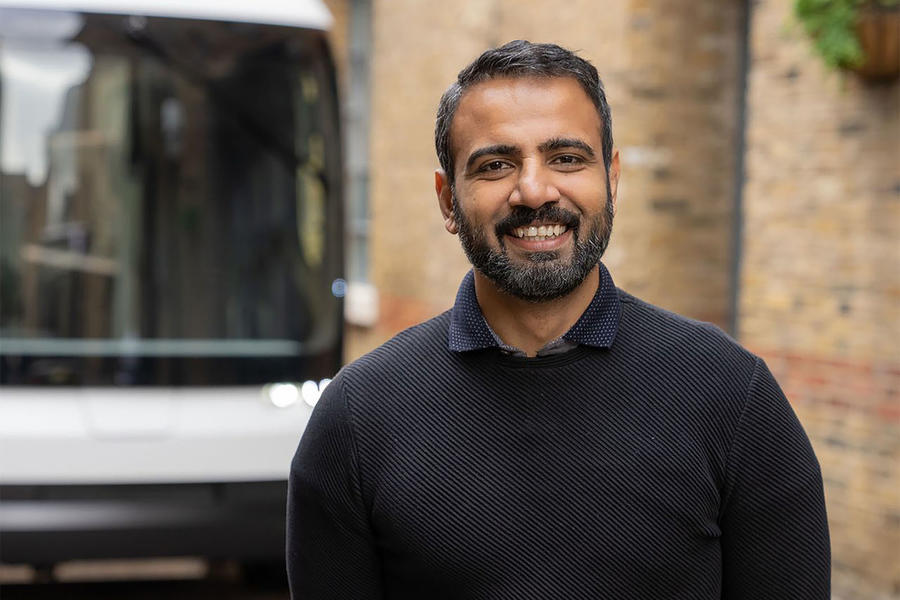 “If you compare that with starting in the US, being in the limelight, going through the typical A round and B round [of investment], no way could you create that deep technology the way we’ve been able to do in the UK.

“The great thing is Arrival has been able to attract really good talent. It’s a great place to be. We’re going to be US listed [on the stock market], but we’re still going to keep the bulk of the engineering workforce in the UK because the talent is definitely here.”

Excellent, good luck to them. Just don't spend the profit in advance, it ruins the cash flow

I cannot explain why, but I would like to get more details regarding safety, due to the materials chosen for the van

I like it, but, "micro factories", thirty vans per day?  Unless they are leaving the moment they have the badge polished, that still requires a lot of space.  I'm not too sure what globally optimised means (beyond the mathematical definition, and I don't think that's what they mean.  Hope it isn't), but I doubt they'll be relying too much on JIT, so will need component storage space, on top of vehicle storage, and the production & assembly areas themsleves.

It's still a big factory.  Buildings like that are few and far between and don't just sit there waiting for occupiers.  And those that have usually have been vacant for a while.  For a reason, after time.  And need some work put into them.  Isn't that right, Les Edgar*.  And I don't see many big "micro" factories being globally optimised from a running costs point of view.

But the main concern would really be with QC when producing in such disparate locations.

The idea of popping out vans for UPS, et al, without needing to ship them around half the globe is appealing, however, so let's see how they go.

*The, ahem, TVR factory is 180,000sqft, and they plan only to produce a little over 1 car per day, from assembly of a kit of parts.