BACK TO ALL NEWS
Currently reading: Alpine sports car could spawn convertible and high-performance models
UP NEXT
UK EV charging network to improve after "horrible" summer

Early sales interest in the new Alpine sports car has given company bosses the confidence to investigate creating a family of spin-off editions, including higher-performance and convertible versions of the car.

The Alpine A110 has been revealed at the Geneva motor show

In the build-up to the launch of the sports car, which will be revealed this winter, ahead of sales beginning early next year, Alpine has revealed two concepts: the rally-inspired Alpine Celebration (shown below) and the more production-orientated Alpine Vision. The latter, which is said to be 80% representative of a production model, highlights Alpine’s plans to create a point of difference from rivals such as Porsche and Lotus by focusing on compact dimensions and agility over outright power without sacrificing interior comfort.

“If you look back through our history, the place we can be most legitimate is by building rear-wheel-drive, rear-engined sports cars that are lightweight, nimble and fun to drive every day, rather than sprinting the fastest to 150mph,” said Alpine boss Michael van der Sande. 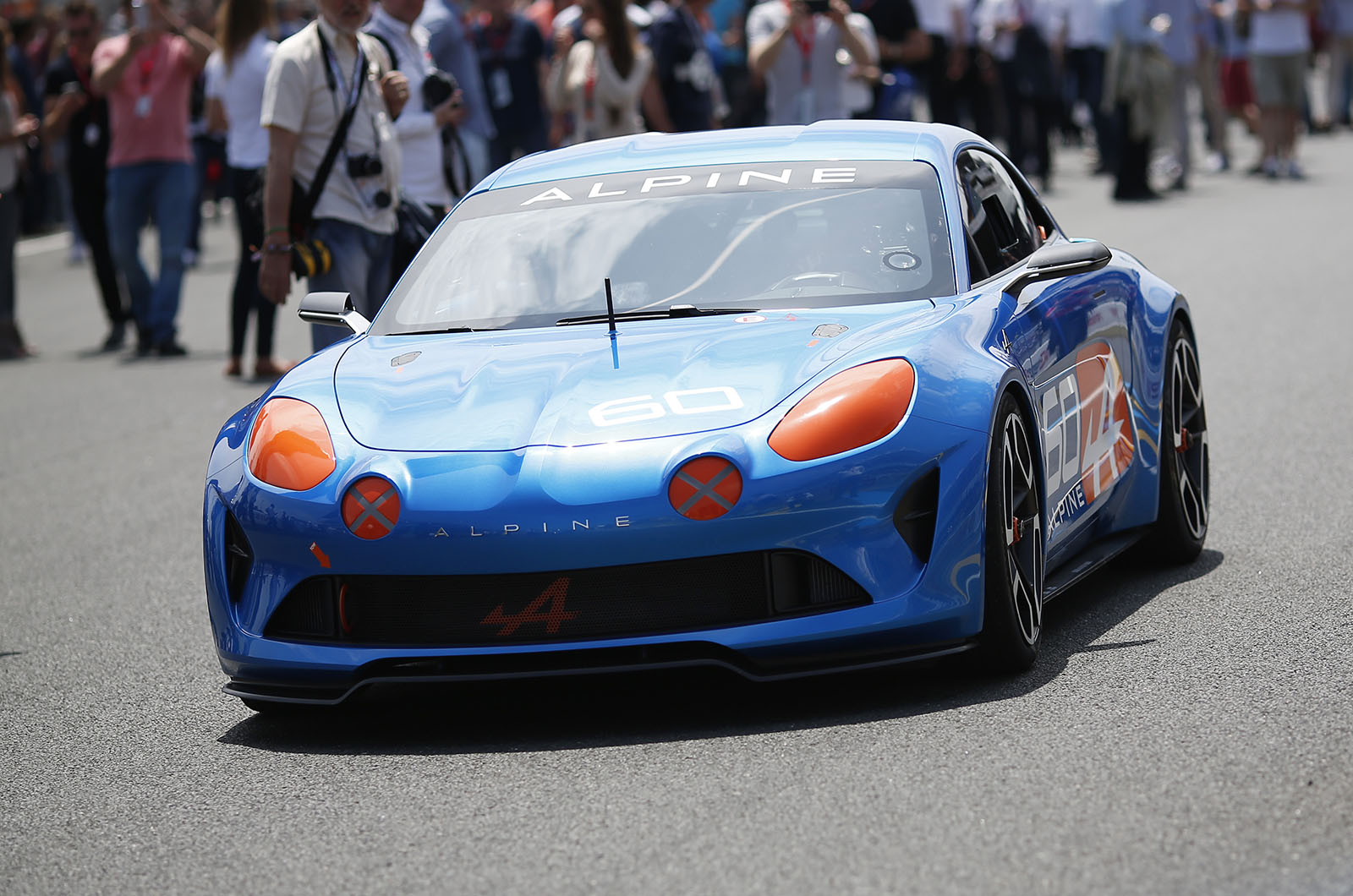 “We are not making big, heavy, powerful cars for the racetrack or autobahn; we’re building cars that will be fun from reasonable speeds upwards and which don’t compromise on interior quality to achieve that.”

The engine’s outputs are also undisclosed at this stage, but sources have indicated that the launch Alpine will have around 250bhp as standard and up to 300bhp in a higher-performance version that will use more aggressive turbocharging.

“We have a lot more ideas than funds at the moment, but that is one of the challenges of starting a brand from scratch,” said van der Sande. “We have to prove the demand is there for such a car and then start seeing which of our plans make most sense. A faster version looks like it would have potential, and I could imagine a beautiful convertible could be a possibility, but nothing is decided.” 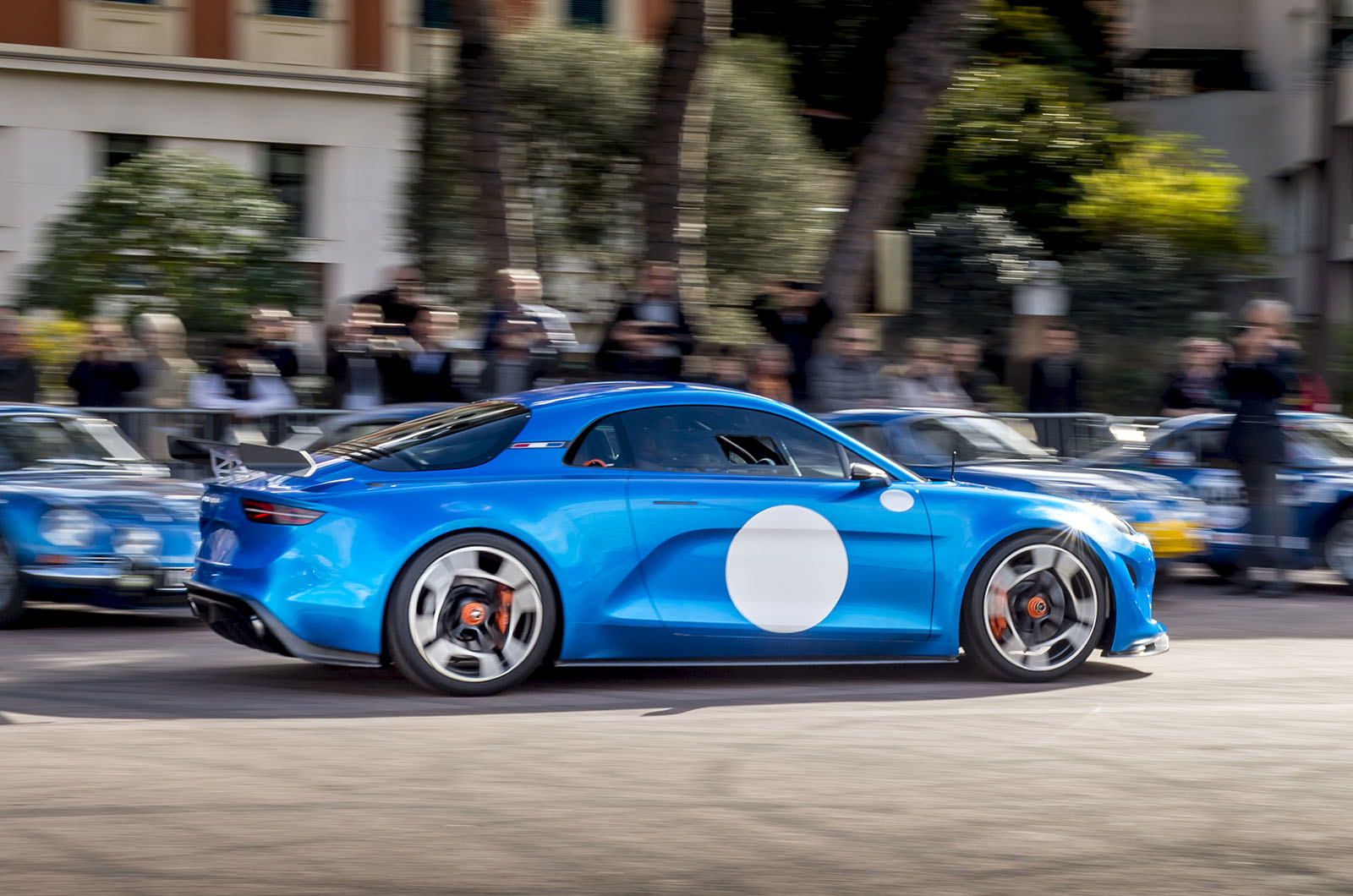 The Alpine will be sold through a network of 60-80 European dealers initially, the majority of which will be part of existing Renault facilities.

Right-hand-drive models will be built for sale in the UK, van der Sande confirmed, before also saying that building the brand outside of Europe was possible at a future date.

“For now, Europe is the focus,” he said. “As a brand, we must build step by step, and awareness of our history varies around the world - but, longer term, anything is possible, be it the US, China or elsewhere in the world.” He also reiterated that Alpine would expand to sell a family of cars in time, with at least one SUV already having been mooted.

“We have six or seven ideas on the drawing board, but whatever we do in the future must always be underpinned by an authentic sports car,” he said. “That’s what we’re known for and that’s what we must get established before we start expanding the range.”

How long have you been working on the sports car?

“About four years ago I moved from the Clio and Captur projects to Alpine. It’s a small team, but one that gets involved in every aspect, from designing the car to designing the branding or livery of the Le Mans race team. We do it all, but because of that it is a very different project.”

How did you start?

“The first thing I did was take the team to an Alpine collector. We spent days sketching, painting and photographing about 20 cars. We wanted to understand the heritage and what codes identified the brand. The A110 was central to it, of course, but there is more to Alpine than a single car.” 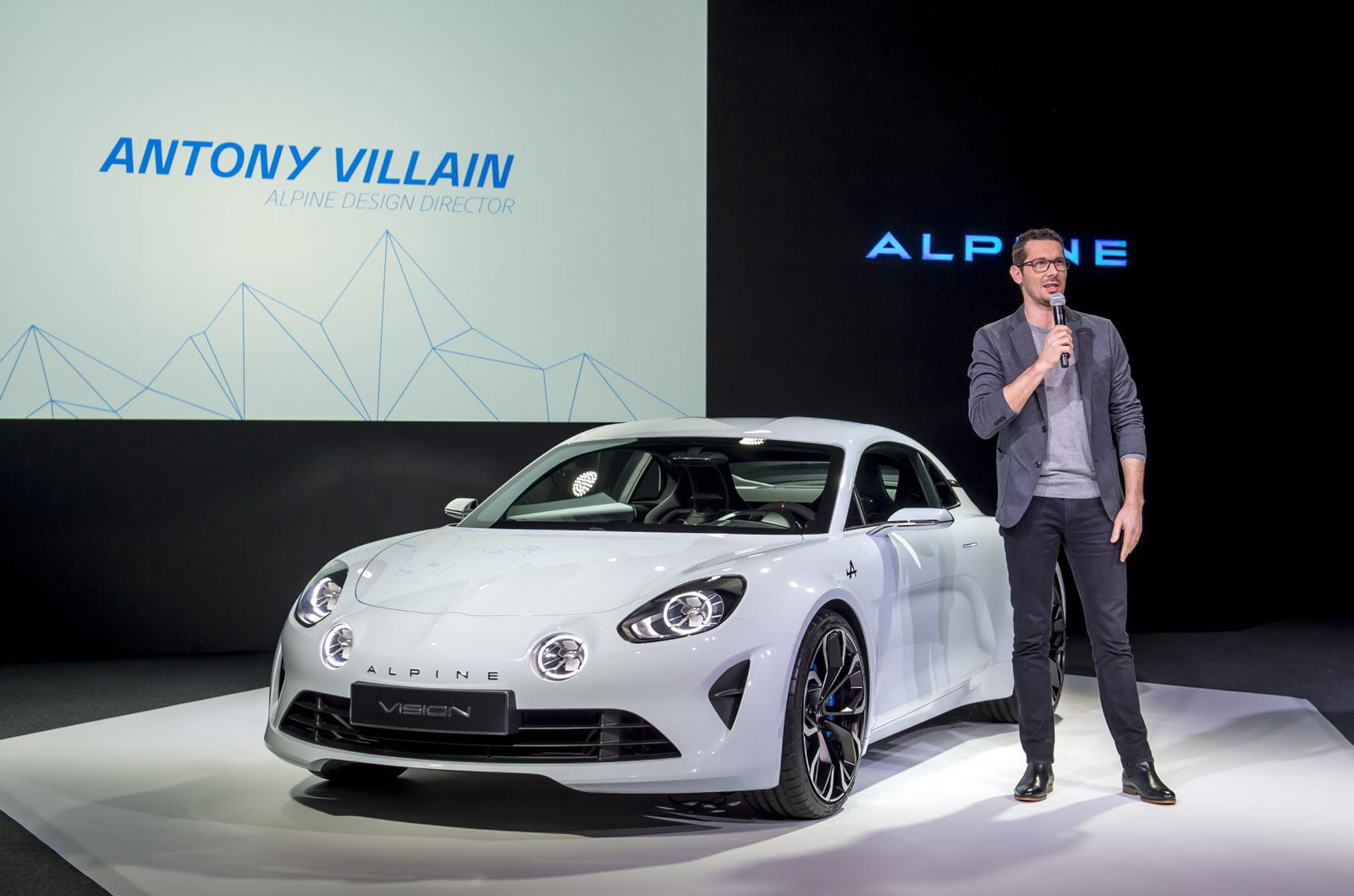 What were the conclusions?

“Compact dimensions, light weight and agility were key. Keeping things simple is key to elegance — but not too simple so we end up with something as pure as a race car. We want refinement, too. This is not an Alfa 4C with a singular purpose.”

The first pre-production car is finished. Are you pleased?

“It’s in the factory, yes. All I will tell you is that it has soul, and that was one of our goals. Some cars are almost too clinical to have soul. The Alpine is beautiful but not clinical. It has signatures from the past but is very modern in its execution.”

Isn't it about time the talking stopped and Renault got this to market ? I just fear they're in danger of 'doing a Type-R': if it ain't the 'best in class' there'll be an audible sigh of disappointment amongst car lovers everywhere.....