BACK TO ALL NEWS
Currently reading: All Tesla models get full-autonomy hardware
UP NEXT
Polestar prioritises sporting character for new 3 SUV

All Tesla models get full-autonomy hardware

All cars being produced now have the hardware needed for full autonomy, but the software required to utilise it won’t arrive until 2017
Share
Open gallery
Close
Share story

All new Tesla cars are now being equipped with the necessary hardware to enable fully autonomous driving modes.

Tesla now fits its cars with eight surround cameras to provide 360deg visibility around the car of up to 250 metres away. These are accompanied by 12 updated ultrasonic sensors, allowing for detection of both hard and 'soft' objects at nearly twice the distance of the previous system. Additionally, a forward-facing radar that can see through heavy rain, fog, dust and even underneath the car ahead has been added to complete the spectrum of vision.

However, while the hardware is fitted to Model X and Model S cars rolling off the production line now, it can't be fully used until the required software is finished and added to the models' operating systems via over-the-air updates. The system now benefits from 1.3 billion miles of Autopilot testing data.

Tesla CEO Elon Musk said in a tweet last month that the software should make it to production cars in late 2017, meaning we could be a year away from full Autopilot technology, which Tesla claims will enable passengers to travel from New York to Los Angeles without touching the steering wheel.

Tesla is yet to confirm details, but the limited information it has revealed includes that the Autopilot technology, while significantly more effective than the current system, will still largely be limited to operating on highways and multi-lane roads. The new software is likely to mark the most significant step towards a fully autonomous vehicle, though.

In September, Tesla announced a new over-the-air update for the Model S and Model X's Autopilot software that would reduce crashes involving the vehicles by as much as half.

The new software is part of the v8.0 update and comes with a range of improvements to the Autopilot system, allowing the cars' radar systems to register far more objects than before. "The new software enables the car to initiate braking no matter what the object is – especially if it's large, metallic and dense... It could be a truck crossing the road, a road sign, it could even be a spaceship or a pile of junk metal," said Musk (pictured below). 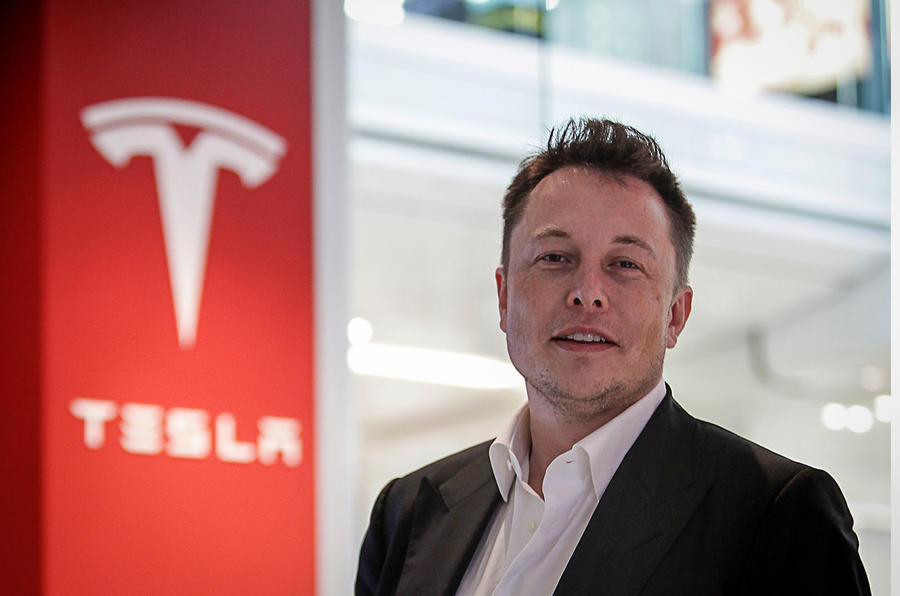 No additional hardware is required for the v8.0 improvements, so all radar-equipped Model S and Model X cars built in the past two years will benefit from the wirelessly downloadable update. Speaking to Autocar in the late summer, Musk confirmed to Autocar that the update would be applied to models worldwide, including those in the UK.

Once downloaded, the cars will not only recognise more objects on the road, but will also be able to use something Musk calls 'radar echo'. This technology bounces radar off the road and underneath the car in front and then back off objects ahead of that. Musk said: "Now, if the car in front of you suddenly swerves, we've already seen the obstacle in front."

When questioned by Autocar about the reliability of radar echo - if a radar pulse tried to bounce under a very low car directly in front, for example - Musk said: “It would have to be very very low. Even if a car had 6.0in clearance, it should be able to work.” He added that the radar would also try to “bounce around the car and through the glasshouse of the car”.

The system also improves on Autopilot's geocoding functions, flagging up false positives into GPS map data so that in the future, Teslas passing that point will be aware of whatever object it is that caused the previous car's auto-braking alarm. The system also gets better lane detection by downloading geocoded lane widths. It's all part of what Musk calls 'fleet-learning'.

Interestingly, Musk also revealed: "Autopilot accidents are far more common with expert users; they get very comfortable with the system." To help improve concentration among more laissez-faire Autopilot users, the new software update will force users to park up and restart the car if they choose to ignore three alarms telling them to put their hands back on the steering wheel.

Musk revealed he believes that the Model S and Model X are already the safest cars on the road by quite some margin, but he claims that this update should improve safety by as much as 50%.

"It's about improving the probability of safety; we have about 160,000 Tesla cars covering billions of miles, so even if it's one in a billion, there won't be zero injuries or zero fatalities," said Musk. He also commented on the recent death of a driver using Autopilot, saying he believes "it is probable" this update would have saved that man's life.

Musk also confirmed the arrival of a 100kWh battery pack for the Model S and Model X earlier this year, which makes the Model S P100D the quickest accelerating car in the world currently in production. In July, Musk also revealed his 'Masterplan, part two', which unveiled plans for a compact SUV and a pick-up truck.

a driver of a Tesla is in Autopilot mode, so decides to make a phone call. The police drive past and see this driver on their mobile, stop them and proceed with their normal punishment process. The driver then says they were in Autopilot mode. What happens?

which one would it be?

a driver of a Tesla is in Autopilot mode, so decides to make a phone call. The police drive past and see this driver on their mobile, stop them and proceed with their normal punishment process. The driver then says they were in Autopilot mode. What happens?

which one would it be?

Id like to think that anyone who buys a new tesla would know how to use bluetooth. But a valid point. Im sure we will find out soon.

I didn't think Tesla's immobility scooters could get any worse, but they've managed it by making them all autonomous.

If autonomous vehicles actually caught on the hackers would have a field day. The likes of daesh or Kim Jong Un wouldn't need a nuclear bomb once they found the backdoor to the traffic computer system.

Myself I welcome driving aids such as lane departure warning, autonomous braking at low speed and intelligent cruise control but fail to see why I would want to buy an expensive luxury car that removes any driving pleasure from me. If I did not want to have full control at all time I would just buy the cheapest car going or use a taxi or bus.
View all comments (12)