BACK TO ALL NEWS
Currently reading: Alex Albon: F1's new boy talks the sport's highs and lows
UP NEXT
New Aston Martin DBX variant is "world's most powerful luxury SUV"

Rookie drivers are promoted to the top level for most seasons of Formula 1, and this year it's the turn of 23-year-old Alex Albon.

London-born but racing under his second nationality, the Scuderia Toro Rosso driver is only the second Thai driver to compete in the category. Autocar sat down with Alex at the recent Goodwood Festival of Speed for a brief chat in between his stints driving Honda's new electric car up the hill.

Are you feeling positive about your first season in F1?

It has been a good season so far. I’m happy with it. The pace has been good. To get points so early on in the year was a bit unexpected and was a nice surprise. Your expectations and your goals shift when you have a good start to the year. We’re wanting more points. F1 is so close these days; the midfield pack is very tight. I think McLaren and Renault have made steps. We’re a little behind them at the minute, but we’re working on it.

Do you still feel like the new boy or are you accustomed to being at this level?

I’m very much still to progress, very much a rookie in my eyes, so I’m still learning, still trying to get more out of the car.

I drove for the first time in March - in winter testing - so I was, and am, very very new to it. It was a shock at the beginning - more out of the car than in the car. It’s the events, the media, the number of fans, that’s the biggest shock. The actual driving is almost the natural part; it’s the other stuff that comes with it that I struggled with. 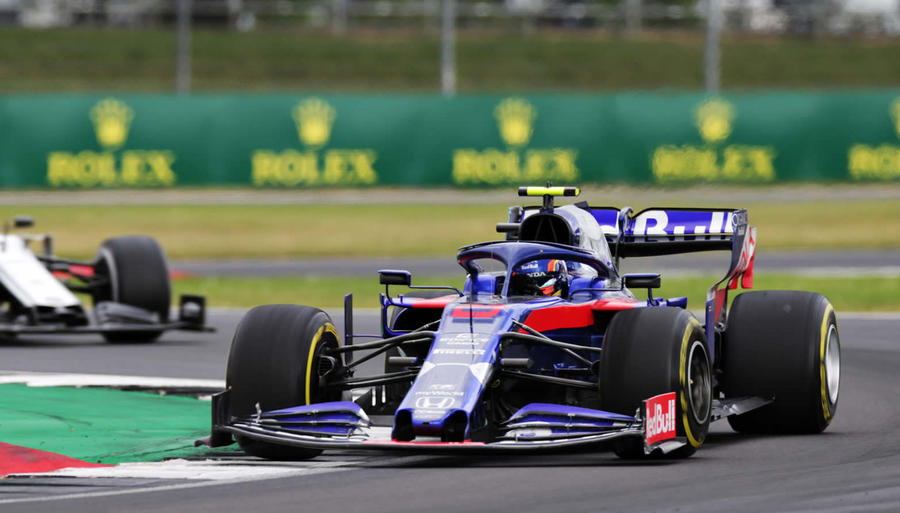 Being in F1 brings with it plenty of media attention. How is that sitting with you?

I’m quite lucky I’m not a a global superstar - not even close to it. So I’m in quite a nice position when I can still do normal things. It’s not that I don’t enjoy that type of thing, it’s just I’m not used to it. I do like to stay at home, just relax.

Australia was a big shock, that first race; we had events on the Wednesday, there were so many people there and I was like “so, this is F1”. I’ll get used to it.

Friday of FP1 [Free Practice One] was the most nervous I’ve ever been in a car. But after that, you get in the car and it’s fine.

Not too much input in it. The GPDA (Grand Prix Driver’s Association), that’s really the input we can give. I think it’s working very well; let’s say the strategy group in F1 listen to us, and they need to. The input we give is beneficial. People don’t understand how hard following is (in a race), how easily the tyres tend to overheat. It’s hard even for the people deciding the rules to understand that.

Despite this, you’re happy with the feedback you’re able to give as a driver?

The fact that they’re listening to the drivers can only be a good thing. The teams are there for themselves; it’s very hard for the teams within these meetings to think outside of their own interests.

What’s your favourite of the tracks coming up?

Silverstone was great, but I'd say Suzuka. It’s a track I haven’t been to and the one I’m most excited about. It’s an old-school track, high-speed, and I think the one place that could rival the British fans. Japanese and British fans are the two titans of the sport.

Is there anything you miss about Formula 2?

Not too much. The one thing that’s a lot nicer is it’s purely about the driving. You’re with your engineers 90% of the day, you’re so zoned in. You’re doing that in F1 as well, but your priorities are everywhere. You’ve got obligations to do other things; it sometimes feels like you’re not spending as much time as you want to with the guys. You kind of have this feeling like you’re not in control at times.

I guess you could also say in F2 that it’s a lot more of an even playing field. We’ve got the same car performance-wise, and you go into every race with a real chance to win, which unfortunately isn’t the case with F1.

Do you reckon the playing field can become more even in F1 in 2021?

I wish there were a way. Something like the American championships do: split the prize more equally. But it’s a tricky thing, because big money is involved. I would love to see an even playing field aside from all the car regulations; I think there's an issue with predictability in the sport. It was very good in Austria, but previous to that...

Going back to 2011/2012, the first six races had six different winners. I’d like to see that again. I like the midfield as it is, but unfortunately it’s not being shown as much on TV, which is the biggest shame.

Are you still interested in motoring outside of motorsport?

I definitely am. I’m kind of a sucker for classic cars, but at the same time we’re very fortunate that we’re given cars. I drive a Honda Civic Type R, which is a great car, and it flatters me with the rev-matching tech. I’m from a generation where ‘flappy paddles’ are the norm, not heel-and-toeing. 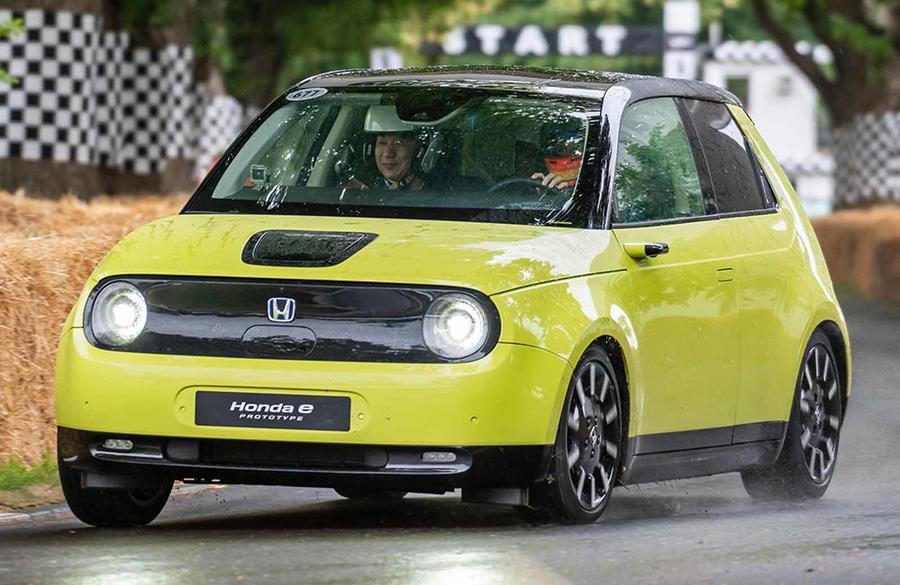 How was driving the Honda e prototype up the Goodwood hill at the Festival of Speed?

It was good fun. Torquey; you don’t think there would be power there, but it still feels quick. Electric cars carry a weight penalty, but the car felt pretty nimble through the corners to me. I had some CEOs next to me, so I had to be a bit careful!

Opinion: How can we make F1 cars more exciting?

Jolyon Palmer: How to improve Formula One for 2019

A nice little interview with

A nice little interview with a rising star, he has already proven himself to be worthy of his seat in F1 along with the other new drivers. I wonder if it was his choice to drive under the Thai flag or one made for him by F1 media? Not that it matters.