Audi is busy testing the hottest version of its Audi A5 Sportback yet produced, which is due to launch in early 2018 with a 444bhp twin-turbocharged V6 petrol engine.

Called the RS5 Sportback, it’s a four-door version of the recently introduced Audi RS5 coupé and so shares its 2.9-litre unit, co-developed with Porsche, that produces 443lb ft. It drives all four wheels via an eight-speed dual-clutch automatic gearbox. 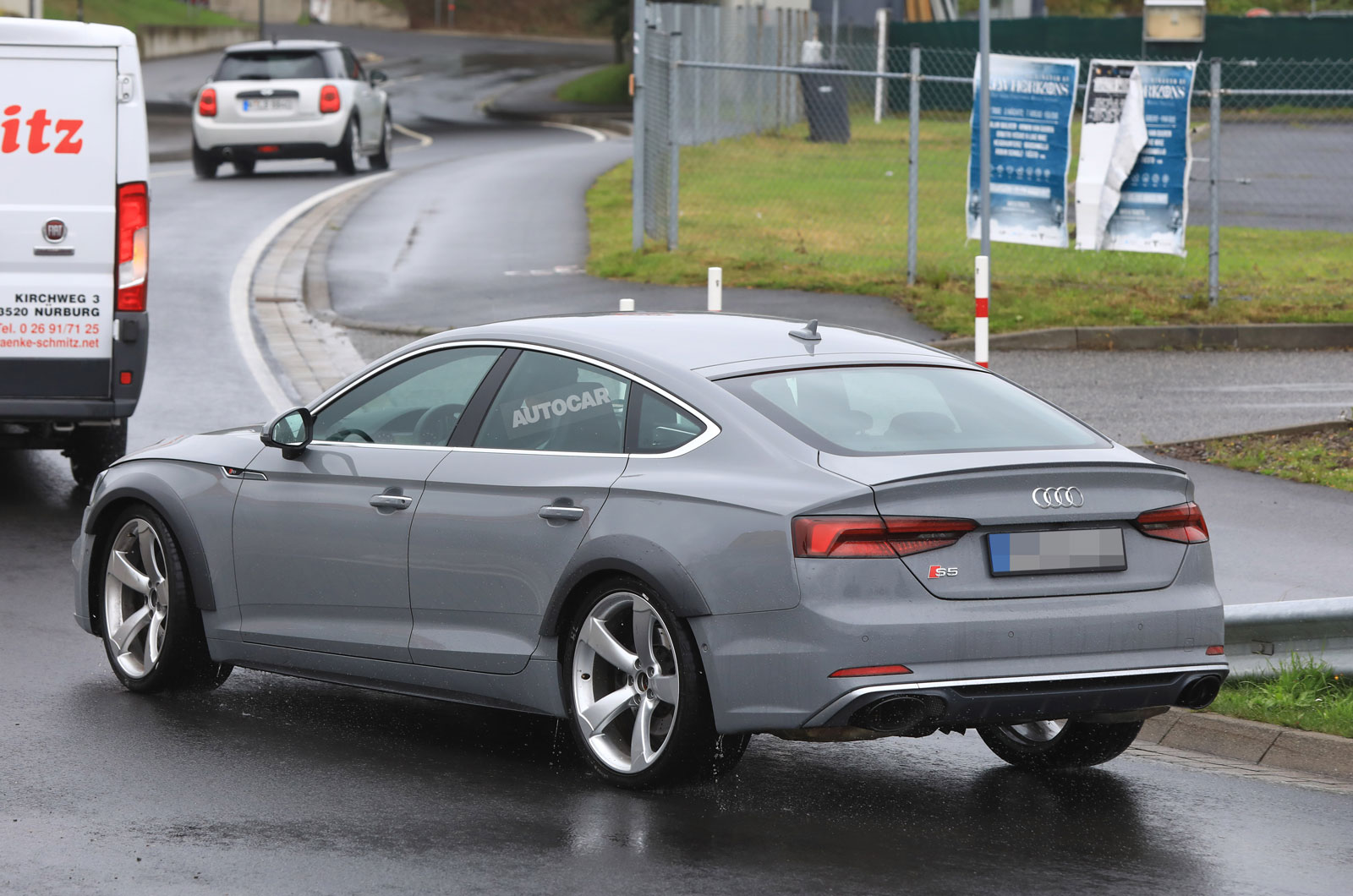 The standard RS5, with its lighter two-door body, can accelerate from 0-62mph in 3.9sec. Expect the heavier Sportback to add a small margin to that figure, placing it closer to the four-door BMW M3, which hits the mark in 4.3sec.

Although this recently spotted development car is running S5 Sportback bodywork, its wider track, made clear by the fitment of wheel arch extensions, gives away its true identity as an RS5 Sportback test car. 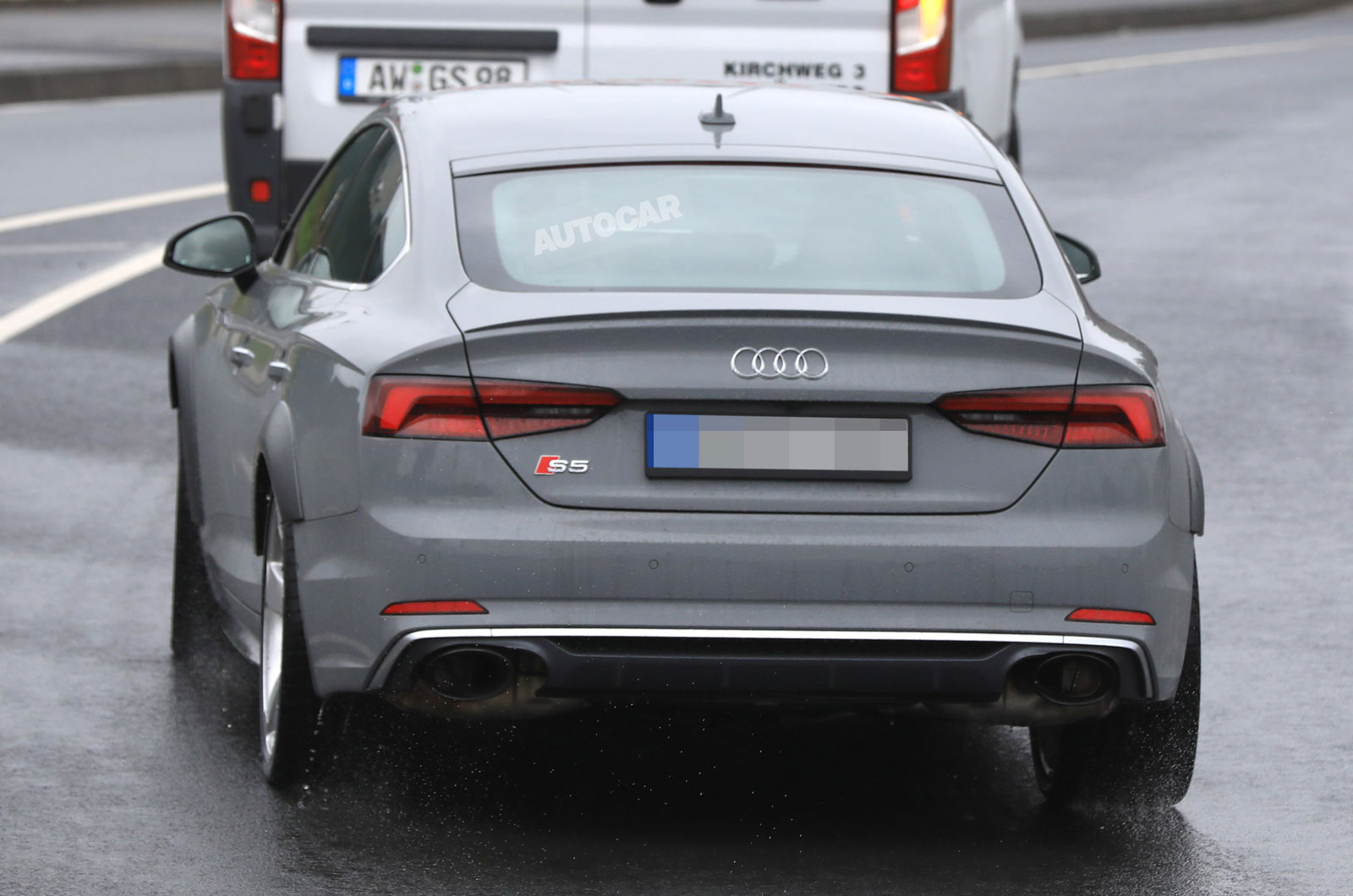 New additions for the RS5 Sportback will include beefier 19in alloys, larger-bore exhaust tailpipes and slightly more aggressively styled bumpers. Inside, the car’s dashboard will be identical to the RS5 coupé’s, which gets Audi’s still-impressive Virtual Cockpit digital instrument display as standard, as well as Alcantara and leather trim.

Audi has refrained from commenting on the RS5 Sportback’s arrival, but it has promised that two new RS models will be revealed at the Frankfurt motor show this September. However, sources believe there's a strong chance the RS5 will be revealed Geneva motor show in March 2018 - this is backed up by the lack of RS5 bodywork fitted to the spotted test mule.

When it does eventually go on sale, the RS5 Sportback will be slightly more expensive than the standard RS5, which is currently priced from £62,900.

How could Audi ever think that those arch extensions made a good looking car look better?

It's not a dual clutch transmission. It's a regular automatic. Audi is using the ZF 8 speed.

Hmm - I like the Panam S with this engine but it's a touch too big for European roads. This could be just the right size. The RS5 is not the most exciting coupe but perspectives change with a more practical layout.