BACK TO ALL NEWS
Currently reading: 2022 Honda Civic design previewed ahead of reveal next week
UP NEXT
Alfa Romeo to show new sports car in early 2023

2022 Honda Civic design previewed ahead of reveal next week

Honda is developing the eleventh-generation Honda Civic for launch in 2022, and will show off the model's final production design with the unveiling of a prototype next Tuesday (17 November).

The car will be shown in saloon form, which is not a body style offered in the UK but will give a good indiation of what to expect from the hatchback. A preview video (below) hints at styling influenced by the US-market Accord saloon, and confirms substantial tweaks for the front and rear end designs.

Previously, a set of leaked patent filings have gave ys our first hint of the hatchback’s design.

The patent images were exposed on the CivicXI forum and revealed subtle but important changes to the Skoda Octavia rival, similar to those exhibited by the recently spied next-generation Civic Type R performance variant.

At the front, the headlights are less angular and the grille has been significantly narrowed, while the body looks to have been made longer and wider, possibly to bring the car into line with the larger Accord that Honda sells in the US.

The tail-lights have also been reworked, as is the case with the 2022 Type R. 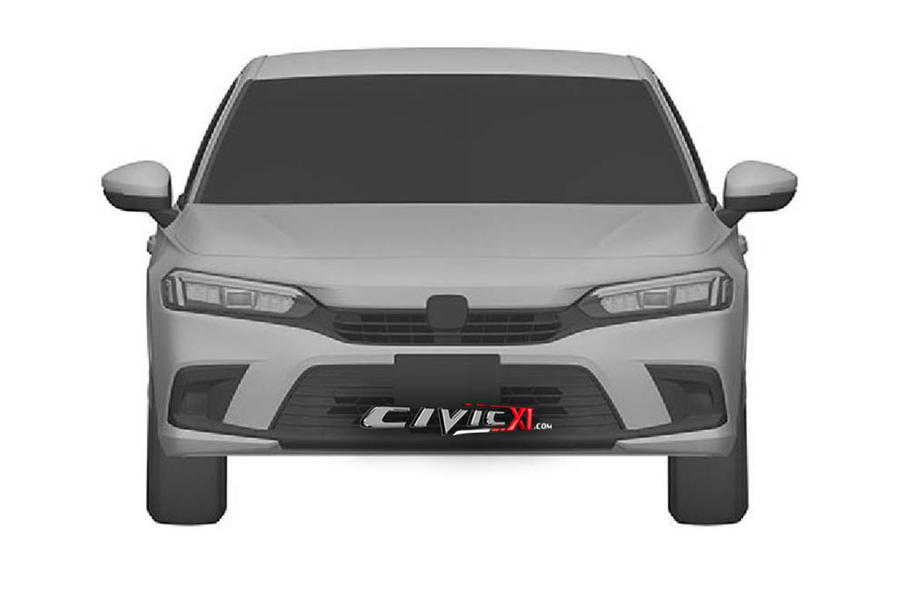 The new Civic will have a less sporty appearance than the current model, with the patents suggesting that Honda has removed the outgoing car’s distinctive liftback and spoiler.

Autocar understands that the next Type R will be a hybrid, and it's all but confirmed that this technology will be available on the standard car, too, as Honda has vowed to make all its European sales electrified by 2022.

It has also been suggested that the new Type R will use a powertrain in the vein of the Honda NSX supercar, which pairs a twin-turbocharged 3.5-litre petrol V6 with three electric motors.

The patent images gives little clue to the upcoming interior, but shots of the Type R suggest we can expect a reworked steering wheel and dashboard design, alongside a dashtop-mounted touchscreen.

A Honda spokesperson declined to comment on the images.

To go from the current sharp but overstyled, to this bland but still disproportinate shape tells me they need some new designers that can design in 3D.

Yes the current model is a bit "try hard" with it's detailing, but it's overall styling isn't bad. With this next model it's as if Honda realised that they are in danger of producing some interesting looking cars, so let's go back to the blandness of the 80's/90's (Civic and Prelude apart). The days of well engineered but unmemorable cars, that were left to little Rover to breath some life into. Ironically, this "new" Civic looks like a 2011 MG6!

The current model has a good basic shape but overly fussy detailing so perhaps this new one will strike the right balance. However it still looks too big, this is really an Accord not a Civic (ignoring the US market Accord) and I really hope they sort out the engines because the 1.0T and 1.5T have awful rev hang. The hybrid from the CRV could make a good choice.