BACK TO ALL NEWS
Currently reading: 2022 Citroen SUV flagship spotted with saloon design cues
UP NEXT
Why now is the time to buy a proper high-mileage hero

Citroën is gearing up to reveal a unique take on the D-segment saloon, with new images giving a preview of what is believed to be the spiritual successor to the C6.

Spotted testing on public roads, this previously unseen prototype gives itself away as a Citroën by way of its dual-vane horizontal grille and slim headlights - like those of the new Citroen C4 - but otherwise appears to represent a radical styling departure from the rest of the brand's models.

It seems the model, believed to be badged the C6, will go the way of the C4, transforming from a low-riding luxury saloon into a chunky SUV in order to keep pace with rival manufacturers catering to a marketplace which is radically different from when the previous-generation car launched in 2005.

It seems likely that Citroën will seek to reverse that trend by turning the C6 into an SUV, like Ford is doing with the Mondeo. 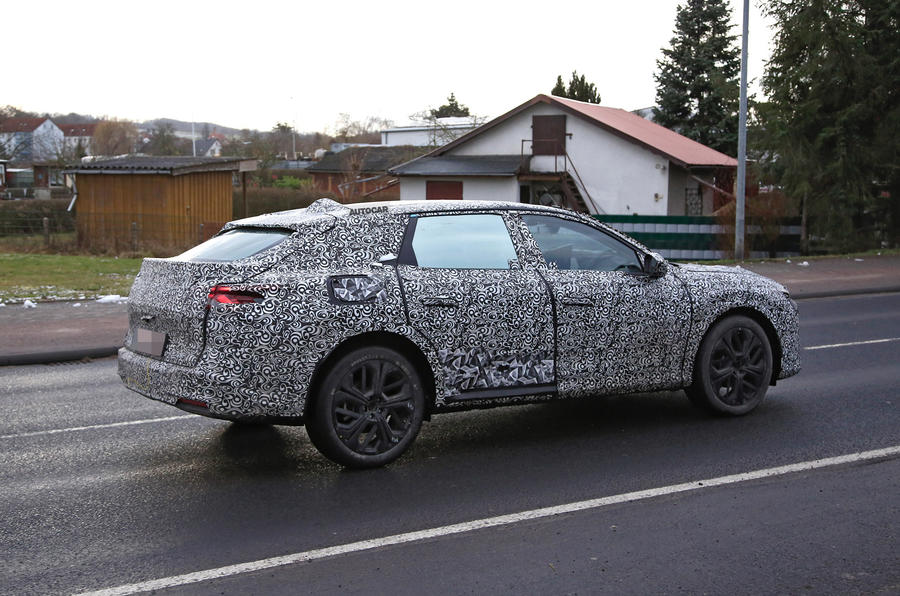 However, beneath the camouflage, it's clear that this prototype bears a saloon-aping protruding boot, likely as part of Citroën's efforts to grow its presence in China, where such cars remain more popular than SUVs.

Despite its unconventional design cues, the new C6 is set to sit atop the same EMP2 architecture as its low-slung PSA Group siblings, the Peugeot 508 and DS 9.

That means it will be offered with a choice of pure-combustion engines and plug-in hybrid powertrains but rules it out of receiving an electric variant from launch – although Citroën CEO Vincent Cobée previously said that one is expected to be added in due course.

In terms of market positioning, the C6 will be priced to compete with premium marques including Audi and BMW, because, as Cobée told Autocar last year: "If you look at Citroën now, it has no particular sweet spot in price range. It’s about innovation and comfort. This has been deployed whether it’s £5000 or £50,000, both in history and today. We’re not particularly an upper, middle or lower-positioned brand.

“There’s a clear intention moving forward to push on those capabilities. The saloon will be a demonstration of Citroën’s capability at the higher level.”

In line with its upmarket ambition, the new C6 will be equipped with Citroën's Progressive Hydraulic Cushion suspension system, as employed on the C5 Aircross, for optimal ride quality, and be generously equipped even in entry trim levels.

Given how close the prototype looks to production, an unveiling some time in the next few months seems likely ahead of a market launch around early 2022.

Andrew1 19 January 2021
I really pity the car designers, these days. They have to come up with such contrived designs just to satisfy the irational consumer tastes. At least manufacturers won't have to fit a heavy, rattling diesel in a 100k saloon.
typos1 19 January 2021

I really pity the car designers, these days. They have to come up with such contrived designs just to satisfy the irational consumer tastes. At least manufacturers won't have to fit a heavy, rattling diesel in a 100k saloon.

Looks like the same formula as the recently released C4, just bigger.  Ford looks like it is going to deliver a similarly 'unique' route with the nexr Mondeo (can't believe they will call it that myself).  Please, please, please someone tell them NOT to call it C6 because it has absolutely nothing in common with the last big oleopneumatic Citroen (yes, I know the C5 came after, but it occupied a different segment).