BACK TO ALL NEWS
Currently reading: 2020 Ford Puma ST spotted in UK during video shoot
UP NEXT
Future BMW M3 to be ‘groundbreaking’ EV with traditional feel

Ford is soon to launch a hot ST version of its new Puma SUV, and the finished car has been seen out in public in the UK for the first time.

Shown with no disguise whatsover months in advance of an expected autumn unveiling, the Puma ST was photographed by a member of the public who subsequently posted the images to Twitter. The new model is being driven on a closed section of a coastal road in Eastbourne alongside an original Ford Racing Puma, with camera tracking cars indicating it is a promotional shoot of some sort.

The car in question features all the cues of previous Puma ST prototypes, alongside a distinctive new light green paintjob. Expect that colour to feature on the launch versions of the new car. 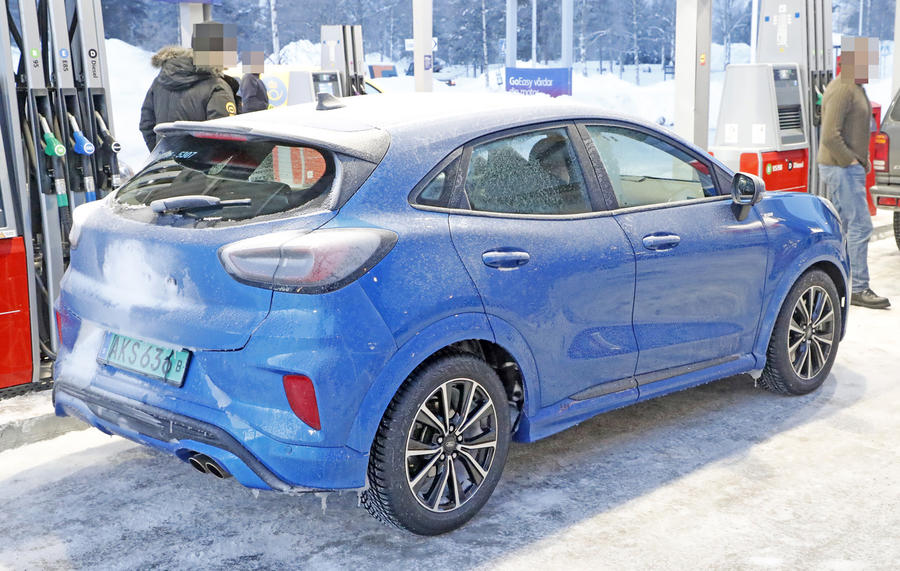 Key to the performance ambitions is a prominent lower bodykit that extends around the car from the splitter-style front bumper to a new rear bumper designed around twin tailpipes - the same as those fitted to the Fiesta ST.

Official details of the model's drivetrain and chassis set-up are still yet to be confirmed, but previous images of the prototype raising a rear wheel under hard cornering show it will feature a stiffer suspension set-up in the same vein as the Fiesta ST. The big wheels appear to hide larger-diameter front brakes, too, while the car seems lower to the ground than the regular Puma.

The Puma ST is expected to share its key running gear, including a 197bhp 1.5-litre three-cylinder turbocharged petrol engine, with the Fiesta ST.

As confirmed by the latest photos, the ST version of the Puma will not vary drastically from the ST-Line version of the car, which was revealed last April. But we can expect a bespoke chassis set-up, possibly including an optional limited-slip differential, selectable driving modes and a launch control function.

Thai-Tang said Ford is keen to continue leveraging its Ford Performance arm for road car development but that the company wouldn't simply look to create an ST version of each car. In addition to its two European hot hatches, Ford also makes ST versions of its Edge and Explorer large SUVs.

“We look at creating STs by very objective measures to make sure it is credible as an ST,” said Thai-Tang. “Do we have the right building blocks [on which to base it]?”

The sightings of the Puma ST follows official confirmation that Ford's RS branding will not feature on the latest generation Focus, a result of the draconian CO2 targets under European emission legislations.

The mages do it no justice, their reduced to fit a space on a page which does the car,any car for that matter, no favours,and the way, as some have said,that some cars buy purely on utilitarian reasons and some who by them on how they look, make them feel, it's supposed to be a free World, choose what you like, not what others tell you to like.

I agree with you, the Puma is a fat ugly dumpling of a car. Ford had lost it's way.